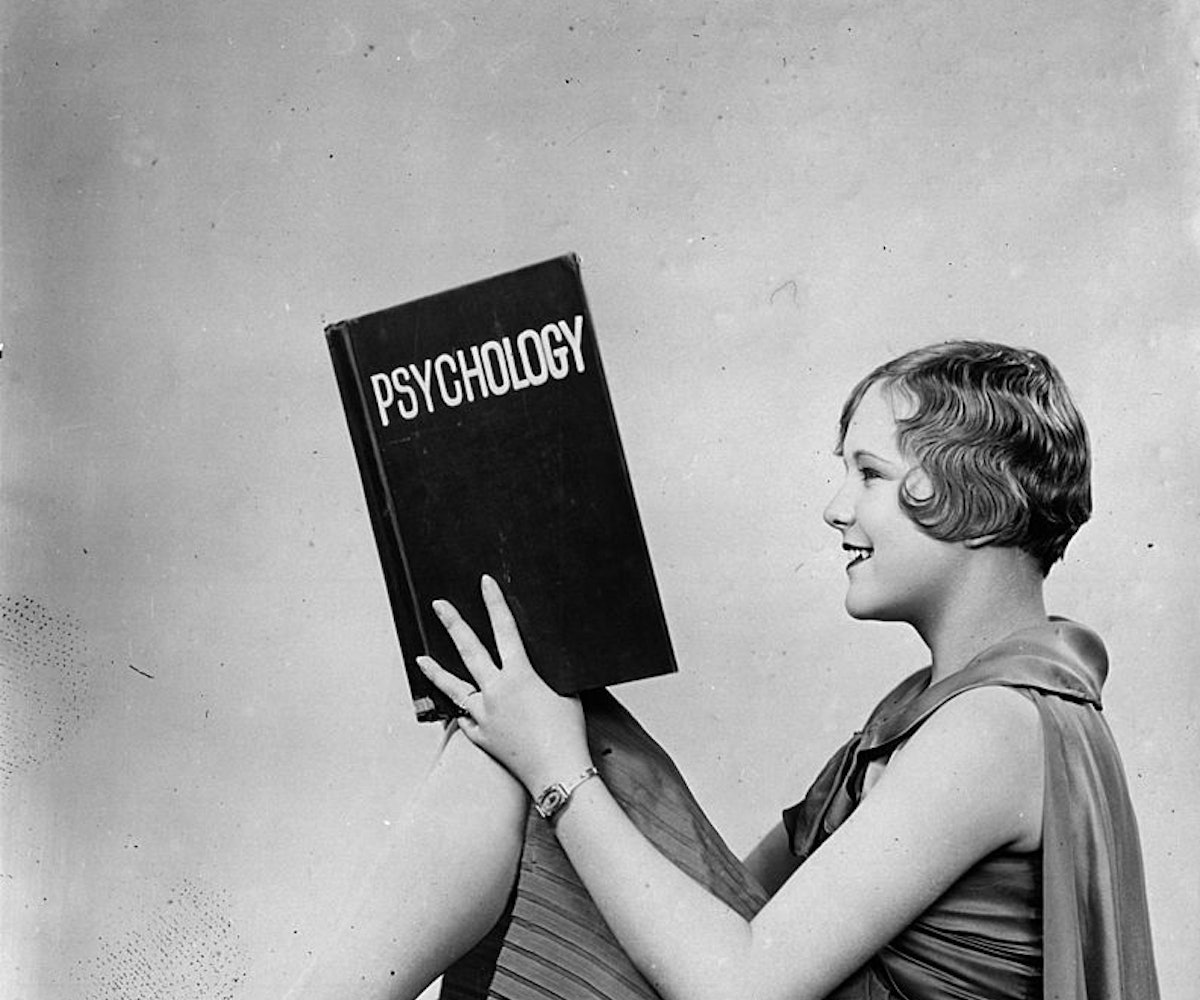 We'll be the first to admit that we have a hard time coming up with anything nice to say about Donald Trump. We don't like him! He terrifies us for so many reasons. And if we had to list them, well, that list would probably start off by saying that he's bigoted, reactionary, poorly versed in politics, seemingly unstable, and uses Twitter too often. And that's just to start. What we wouldn't do, however, is use our dislike of Trump as an excuse to level ad hominem attacks against him. You know the type: He looks like he's been dipped in Cheeto dust, his hands are smaller than those of a five-year-old girl's, his hair looks like a hastily made dollop of cotton candy transplanted on top of his head. Whether or not those accusations are true, we'd never level them at Trump, because his physicality is the least problematic part about him, which is really saying something.

One other thing which we refuse to do is give Trump a medical diagnosis as if we were armchair psychologists. Many others, however, are all too quick to do so. In recent weeks, Trump has been called everything from a sociopath to a narcissist, with everyone from random social media users to established journalists at prominent media outlets weighing in with their "medical" insights, sometimes incorporating actual medical professionals' opinions in their "diagnosis," and sometimes not.

And look, we understand why it's tempting to do so. First of all, it's almost relieving to call Trump "crazy." After all, how could somebody in full possession of their sanity behave so erratically and self-interestedly? We want to believe that no right-minded person would be so vindictive and cruel. But calling Trump "crazy" or speculating upon his possible mental illness does a real disservice to actually mentally ill people, few—if any—of whom have ever been the kind of existential threat that Trump is right now. Categorizing someone who behaves immorally as being mentally ill only serves to further stigmatize those who actually suffer from diseases, and does absolutely nothing to solve the problem of how our country will respond to the enormous problem of Trump being president.

But, don't have to take my word for it. This week, in a letter to the New York Times, Allen Frances, an "eminent psychiatrist" who was the person who actually "wrote the criteria that define" what is known as "narcissistic personality disorder," advises people against calling Trump mentally ill. Frances explains:

Read the full letter to the editor below, and think of it the next time you're about to call Trump—or anybody, really—crazy. There are much better ways of expressing your disapproval of a person than such a simplistic attack that not only is insensitive to a marginalized population but also doesn't serve its intended objective: to remove Trump from power, permanently.

Fevered media speculation about Donald Trump’s psychological motivations and psychiatric diagnosis has recently encouraged mental health professionals to disregard the usual ethical constraints against diagnosing public figures at a distance. They have sponsored several petitions and a Feb. 14 letter to The New York Times suggesting that Mr. Trump is incapable, on psychiatric grounds, of serving as president.

Most amateur diagnosticians have mislabeled President Trump with the diagnosis of narcissistic personality disorder. I wrote the criteria that define this disorder, and Mr. Trump doesn’t meet them. He may be a world-class narcissist, but this doesn’t make him mentally ill, because he does not suffer from the distress and impairment required to diagnose mental disorder.

Mr. Trump causes severe distress rather than experiencing it and has been richly rewarded, rather than punished, for his grandiosity, self-absorption and lack of empathy. It is a stigmatizing insult to the mentally ill (who are mostly well behaved and well meaning) to be lumped with Mr. Trump (who is neither).

Bad behavior is rarely a sign of mental illness, and the mentally ill behave badly only rarely. Psychiatric name-calling is a misguided way of countering Mr. Trump’s attack on democracy. He can, and should, be appropriately denounced for his ignorance, incompetence, impulsivity and pursuit of dictatorial powers.

His psychological motivations are too obvious to be interesting, and analyzing them will not halt his headlong power grab. The antidote to a dystopic Trumpean dark age is political, not psychological.

The writer, professor emeritus of psychiatry and behavioral sciences at Duke University Medical College, was chairman of the task force that wrote the Diagnostic and Statistical Manual of Mental Disorders IV (D.S.M.-IV).

NEXT UP
Life
Christine Quinn Talks Selling Sunset Salaries and Producer Manipulation
Life
Anna Delvey’s NYC Art Show Was Pure Chaos — And I Loved It
Life
The Ultimate Gemini Gift Guide
Life
If You’ve Got Allergies, Picnic Could Be A Game-Changer — And It’s 50% Off Right Now