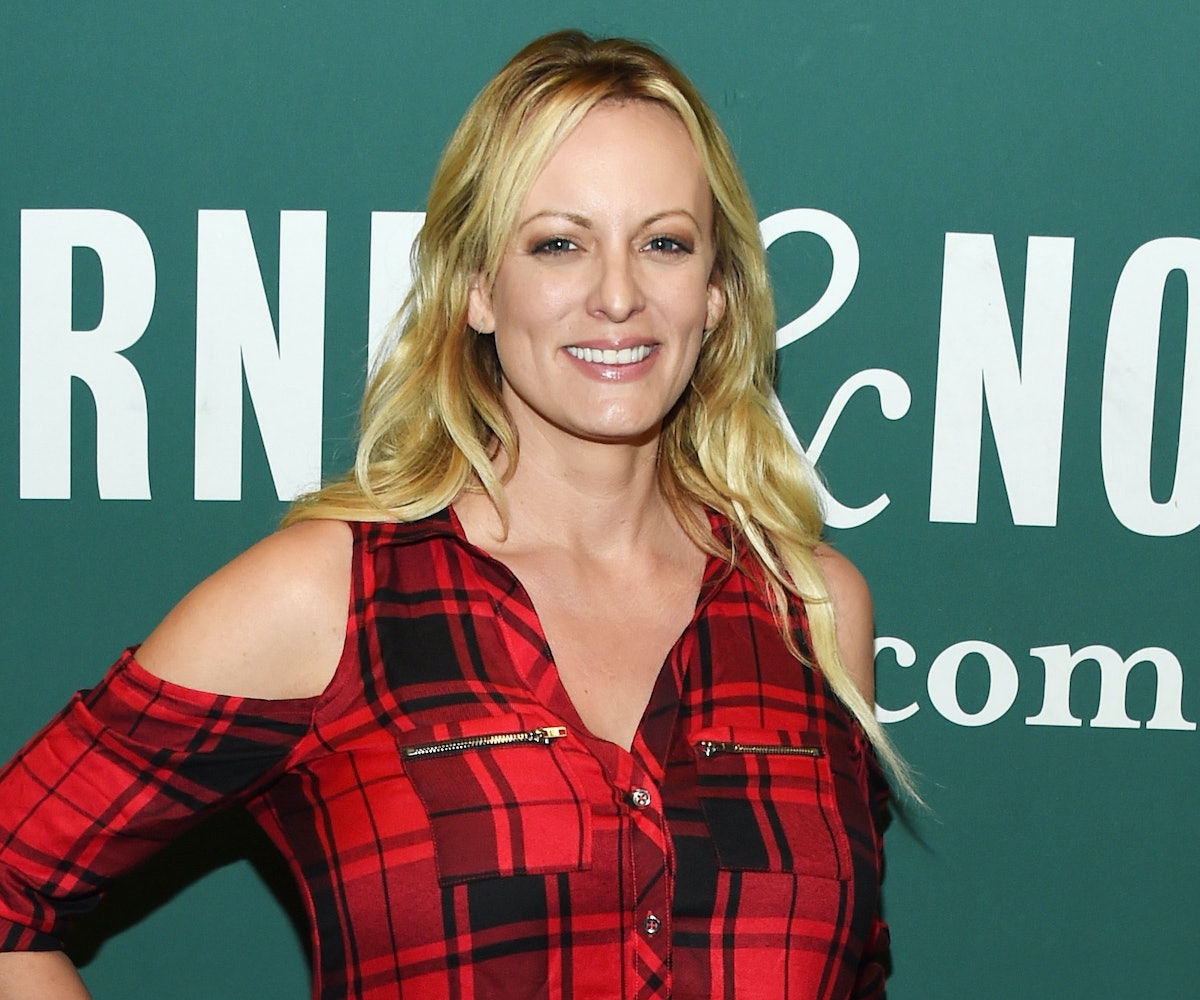 This is one of two lawsuits that Daniels has filed, with her lawyer Michael Avenatti, against Trump. The first suit, filed in March, challenged the validity of the nondisclosure agreement she signed right before the 2016 election, which banned her from speaking about their relationship. The tossed suit, filed in April, was a result of a tweet that Trump posted, calling Daniels’ account a “con job.”

In April, Daniels shared a sketch of a man she claims threatened her to keep quiet about her affair with Trump, back in 2011. Trump responded saying that the sketch was of a “nonexistent man” and “a total con job.” Avenatti filed the defamation suit in retaliation to the comment, saying that it “falsely attack[ed] the veracity” of Daniels’ memory of “the threatening incident that took place in 2011.”

On Thursday, U.S. District Judge James Otero and the court ruled in favor of Trump. In his decision, he wrote that “the tweet in question constitutes ‘rhetorical hyperbole’ normally associated with politics and public discourse in the United States,” and that this type of statement is protected under the First Amendment. He continued, saying that, “If this Court were to prevent Mr. Trump from engaging in this type of ‘rhetorical hyperbole’ against a political adversary, it would significantly hamper the office of the President.”

Avenatti has since filed a notice of appeal with the Ninth Circuit and stated that the fees that Daniels has been forced to pay will be “dwarfed” by the fees that Trump and his lawyer Michael Cohen will have to pay in connection with their other lawsuit.

Trump, for his part, has already gone on Twitter to gloat. Unfortunately for Trump, his poor grasp of comma usage means that he inadvertently called himself "a total con" in his attempt to insult Daniels. Unfortunately for us, nothing matters anymore, and we are reduced to laughing at how bad Trump is at grammar.