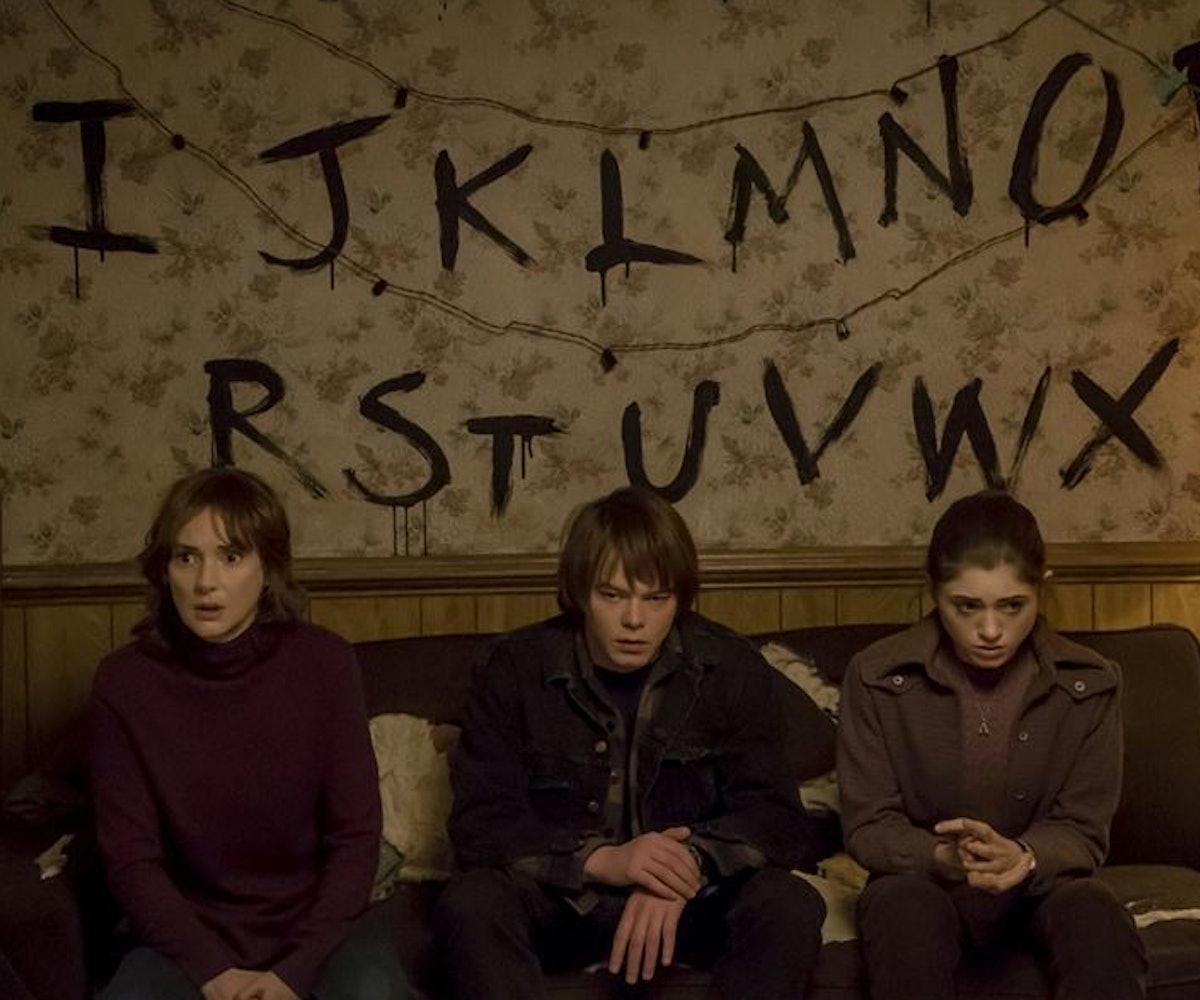 Ever since it debuted on Netflix last month, horror series Stranger Things has gotten the hot take treatment. This means there have been countless think pieces devoted to Winona Ryder's portrayal as the ultimate worried mom, to how great Barb is, to the lengths to which actress Millie Bobbie Brown went to transform into her character, Eleven.

Considering the series is only eight episodes long, it's actually kind of impressive how many opinions people have managed to come up with. (Including, of course, highly unpopular ones, like that Barb is not actually so great.)

But yesterday brought the most egregious Stranger Things take yet, one whose very existence means it might just be time to walk slowly away from the Stranger Things think piece machine and ponder about what it is that any writer is trying to achieve by actively trolling readers with headlines like Mic's "5 Reasons Why 'Stranger Things' Isn't the Feminist Show of Our Dreams."

This specific article was brought to our attention by Twitter (a social media platform which is both, to borrow from Homer Simpson, the cause of and solution to all our professional problems), upon which we noticed tweets by both Sarah Hagi and Doreen St. Felix calling out this piece for critiquing the most popular show of the summer for reasons that could only be called questionable, to put it mildly.

In the article, Mic writer EJ Dickson attempted the hottest Stranger Things take ever by asserting that the show is basically a massive affront to the idea of female equality. Dickson feels that Stranger Things is "not particularly feminist, even though various media outlets have described it as such," (including NYLON), and to prove her point, she references things like the fact that super-powered Eleven cares about "being pretty," teenage protagonist Nancy Wheeler has two love interests, and grieving mother Joyce Byers—whose son is missing and clearly somewhere dangerous—is, you know, sad. According to Dickson, Byers would be a better feminist if she spent less time being sad about her vanished adolescent son and more time... masturbating.

This article was obviously (and deservedly) derided on social media not only for being click bait but also for being flat-out absurd, but it brought up a larger question about the deployment of the F-word—by which we mean feminism, of course—when it comes to attracting attention. "Feminism" as a concept is one that a lot of people still have a lot of problems with and thus try to place their own preconceptions and experience on it, warping its true meaning, which is simply a belief in equality for all people—male, female, and otherwise.

But since feminism and being a feminist is such a hot button topic on the internet, many many many writers and institutions deploy it in order to attract audiences, even, as in the case of Mic, at the risk of alienating that audience. This practice is insulting to the intelligence of, well, everyone, but more than that, it risks negating the ongoing importance of feminism as a concept, since audiences will grow used to seeing "feminism" employed as a way to rank everything from TV shows to celebrities (e.g. the whole journalistic practice of asking a celeb if they're a feminist has got to stop).

There is nothing wrong with identifying the lack or abundance of girl power elements in popular culture, but there is something most certainly wrong with doing so in a disingenuous manner, as Dickson did. That type of rhetoric isn't feminist at all, it's straight-up "feminist." And it is embarrassing.