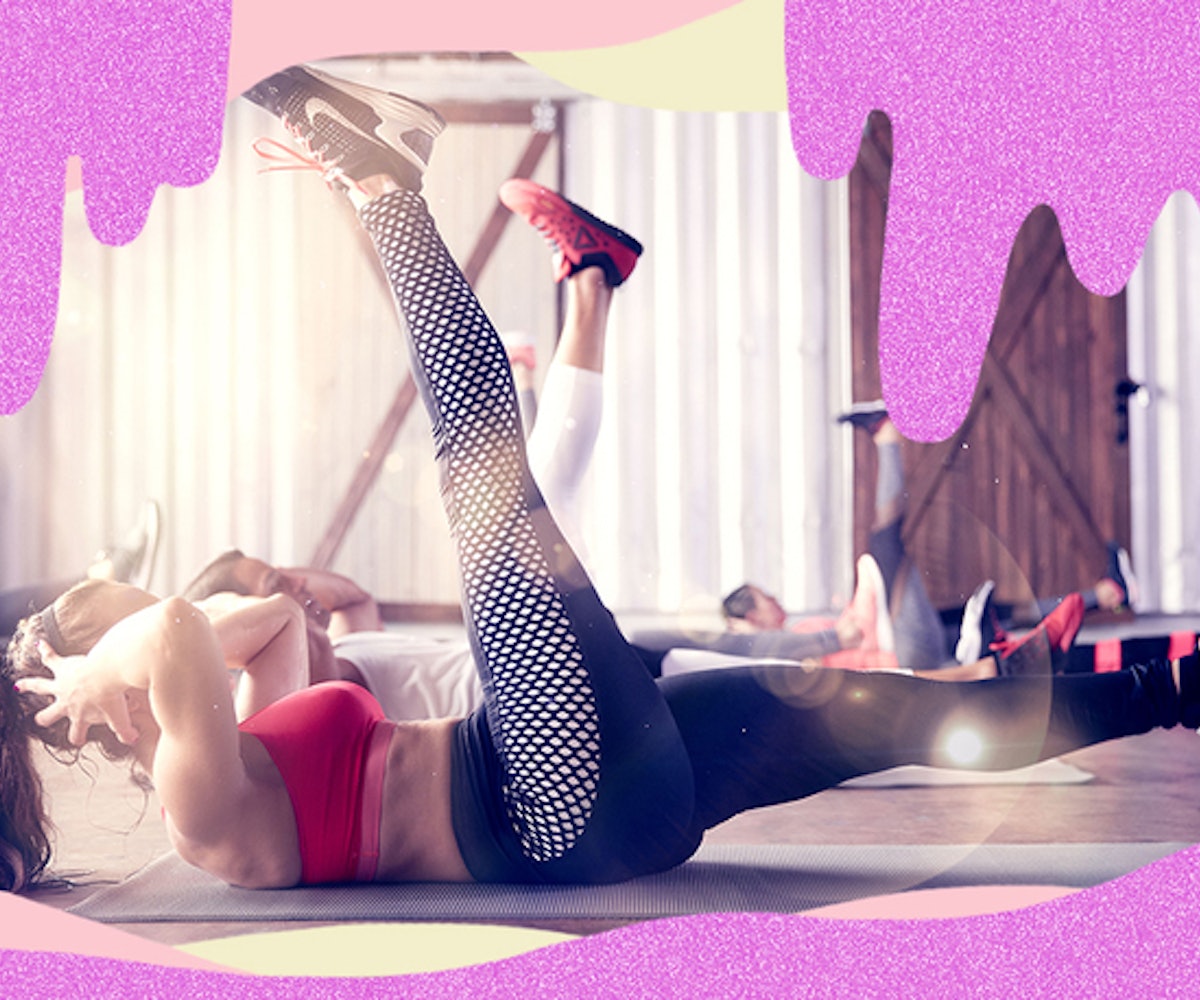 A Zumba workout is my favorite kind of workout. Or essentially, any class in which I don’t feel like I’m actually straining myself physically, and rather, just having fun while still burning calories. But not everyone is like me. Whether it’s because they’re not naturally coordinated or just don't like having fun while working out, plenty of people just can't get into these classes. If you're one of those people, might I suggest checking out the company’s latest offering: Strong by Zumba.

First and foremost, it’s nothing like regular Zumba. This is mentioned at the top of every class I attended. There will be no dancing, no pauses in between songs, no timid twerking involved. Instead, according to Ai Lee Syarief, a lead master trainer, Strong by Zumba can be described as a “high-intensity fitness class based on core and foundational fitness moves designed to challenge the body throughout.” The soundtrack is as essential to the class as the moves themselves. “Music is not an afterthought as it is in most other programs,” Syarief says, adding that the playlists are composed by top music producers and DJs, like Timbaland and Krewella. “In fact, it’s brought to the forefront and is the main motivation to push you to do more burpees, squats, and lunges.” And those squats, burpees, and lunges? Each is set to a beat, making it easy to follow along. But, oh, are there lots of beats.

Each class is separated into four quadrants. The first is Ignite, and is, as evidenced by the name, the warm-up. It consists of jumping jacks, mild punches, and side steps. You might break a sweat (I definitely broke a sweat), but, forewarning, that’s nothing compared to what’s to come. Quadrants two and three, Fire Up and Push Your Limits, are when things get real. The burpees increase in number, and also in speed. Squats are intensified with jumps in between. Basically, everything that you just barely got through before is made harder. Last up is Floorplay, which involves a mat and crunches, planks, and arm work.

Throughout it all, you’re going to put in a lot of work. Given that the classes are fairly small (at least all the ones I’ve gone to), there’s no half-assing your way from the back row and there aren’t, technically, any breaks in between sets—each song transitions right into the next. So, as with all classes, definitely go at your own pace and, if you need to modify or stop to get a drink, do so. There’s no pressure in that sense. Getting your heart rate up is good, but being able to walk the next day is better!

Zumba will always remain my number one, but I’d consider Strong as a loyal side piece when I’m in need of a challenge. A squat won’t be followed up with a salsa move, but you’ll have a better chance of an ab forming from Strong by Zumba than you will from a merengue march.