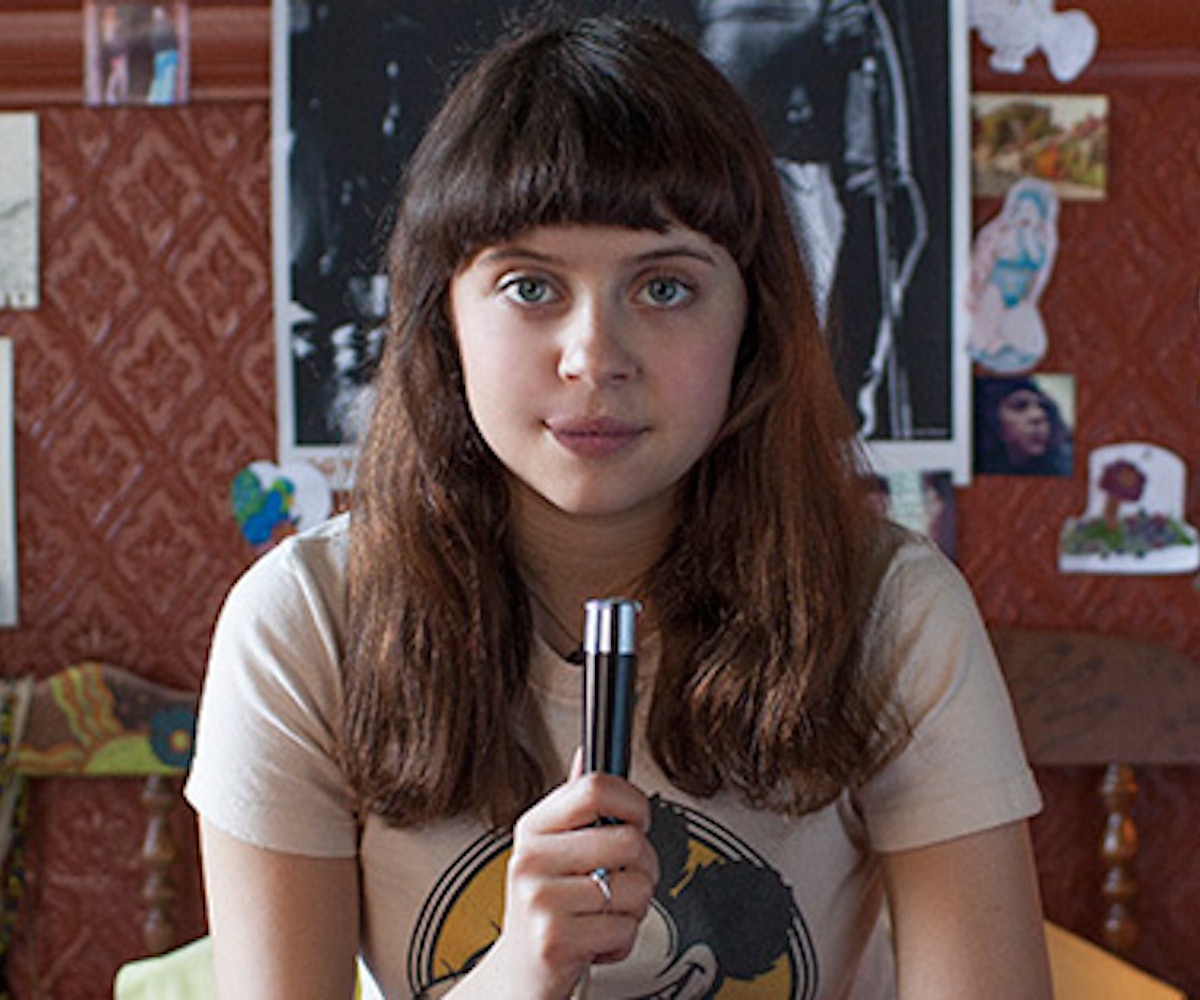 Sundance’s big success story last year was the little film that could, Whiplash, which told of a tumultuous relationship between a drummer and his intense teacher. Then there was Boyhood, Linklater’s brilliant film about male adolescence in America. Other hits included The Double, Richard Ayoade meditation on modern duality as told through Jesse Eisenberg, and the brutal story of a young boy growing up on the edge in Hellion. All great movies, but all discussing a familiar and well-worn subject: becoming a man. (This isn’t the rule: Ana Lily Amirpour’s vampire-noir A Girl Walks Home Alone At Night and The Babadook were both great female-led stories.)

Yet, this year features a host of films that rest squarely on the shoulders of the incredible female leads, who will all prove to be this year’s breakouts, exceptionally taking on the narrative of an entire film in each of their performances. Sundance has always done a great job promoting women, but the offerings this year felt particularly focused on womanhood—and more importantly, her sexual, and inherently lady-focused, identity. (Side note: Female directors were also out in full force, from Mia Hansen-Love’s Eden to Leslye Headland’s Sleeping With Other People). No film encapsulated this quite like Diary Of A Teenage Girl, a fabulous film directed by Marielle Heller, a first time effort that felt far more realized, controlled, and able than most freshman debuts around. The film, which will certainly be subject to plenty of ink, might be a hard sell (fortunately Sony Classics has taken it on), simply because it is about the sweaty, hungry sex life of a 15-year-old. Played by Bel Powley, Minnie Goetze is so much more textured than your average Lolita; she wants to be touched and loved, and like so many young women, she conflates the two, especially when she seduces her mother’s charmingly dumb boyfriend, played by Alexander Skarsgard. The two have sex—like, a lot of sex—but director Heller says that she ensured most of Powley’s nude scenes were when she was alone, exploring her own body and wondering what about it might make someone really, truly care about her. The film stares unflinchingly at what it is like to be a horny young woman, and the result is powerful and honest.

Though less sensual but no less a narrative about the quiet realization of female power is another coming-of-age effort, Z For Zachariah. Like Diary, Zachariah is a vehicle meant to showcase the capable chops of its lead, Margot Robbie, who has, up until now, only played “sexy” (Star Trek and Wolf Of Wall Street, respectively). Robbie is Anne, one of the very few survivors from a catastrophic global fallout who is magically living in some idyllic paradise, kept from radiation by either weather patterns or by God (the film itself isn’t sure). Anne is so pure and good that the director suggests that she may indeed be the salvation of humanity, but what is so unique to this film is that purity/goodness does not negate her sexual and physical desires. Wanting to be loved or touched doesn’t corrupt her, but gives her perspective and maturity—possibly enough to survive.

However, the film that perhaps deals most squarely with the power of sexuality is It Follows, which isn’t necessarily about impending female desire, but desire in general. However, it is another film that asks a whole lot of its main girl, the incredible Maika Monroe, who delivers in full. The synopsis is simple: There is a monster (an It, if you will) that slowly, relentlessly hunts its victims until they are killed, and the way one “catches” the monster is via sex. Of course, many have reflected on how this becomes a narrative of promiscuity, but director David Robert Mitchell asks the viewer to sympathize with Monroe’s Jay, not judge her, because she (and her loyal group of friends) aren’t interested in slutshaming, but are instead preoccupied with the, um, unendingly terrifying group of monsters that are hunting her. In fact, the story seems less about STDs and abstinence and more about the fact that, despite running, hiding, or standing stupidly in a field to great effect, desire will always creep up on you. It is inevitable and a part of adulthood. And that’s okay…until it wants to mangle you.

As It Follows proves, horror has always been a rich space for female characters, except now the trope of the “Final Girl” has been nixed for more relatable characters (like the broken, tired single mother in last year’s Babadook). You can have sex and survive, you can very ably defend yourself from the chainsaw wielding psycho. You cannot, however, run from the uncanny and unspeakable via typically masculine infrastructures like paternalism, religion, and an authoritative society. The Witch, more of a psychological adventure than a straightforward thriller, depicts a Puritan family on the brink—the brink of civilization, and the brink of falling apart. In 1650, a family is banished (pronounced “banish-ed”) from their small settlement and head into the woods, where an immediately threatening feminine force begins to terrorize the family and drive it apart. Newcomer Anya Taylor-Joy plays the eldest daughter Thomison, a girl on the edge of pubescence, whose impending womanhood becomes a source of terror for the family. Critics are already hailing Taylor-Joy’s performance, which oscillates expertly between being childishly innocent and creepily conniving. Without giving too much away, her journey towards womanhood is particularly evocative.

The point here is, these are narratives about women dealing with womanhood, depicted through honest, approachable, and textured lenses. Not one of these ladies becomes didactic with their message or simplistic in their character, and even the ones exploring their own sexuality are never fetishized or shamed. It’s a powerful moment.

But the most important thing about each of these films is that their director and the scripts themselves do not ask the viewer to judge—be it Minnie’s promiscuity in Diary or It Follows’ Jaynot-so-great decisions, but to relish the characteristics that make each of these girls, well, women. These are girls on the brink of womanhood, each with desires that are relatable, whether you are man or woman. And that, to be fair, is the stuff of which great films are made.