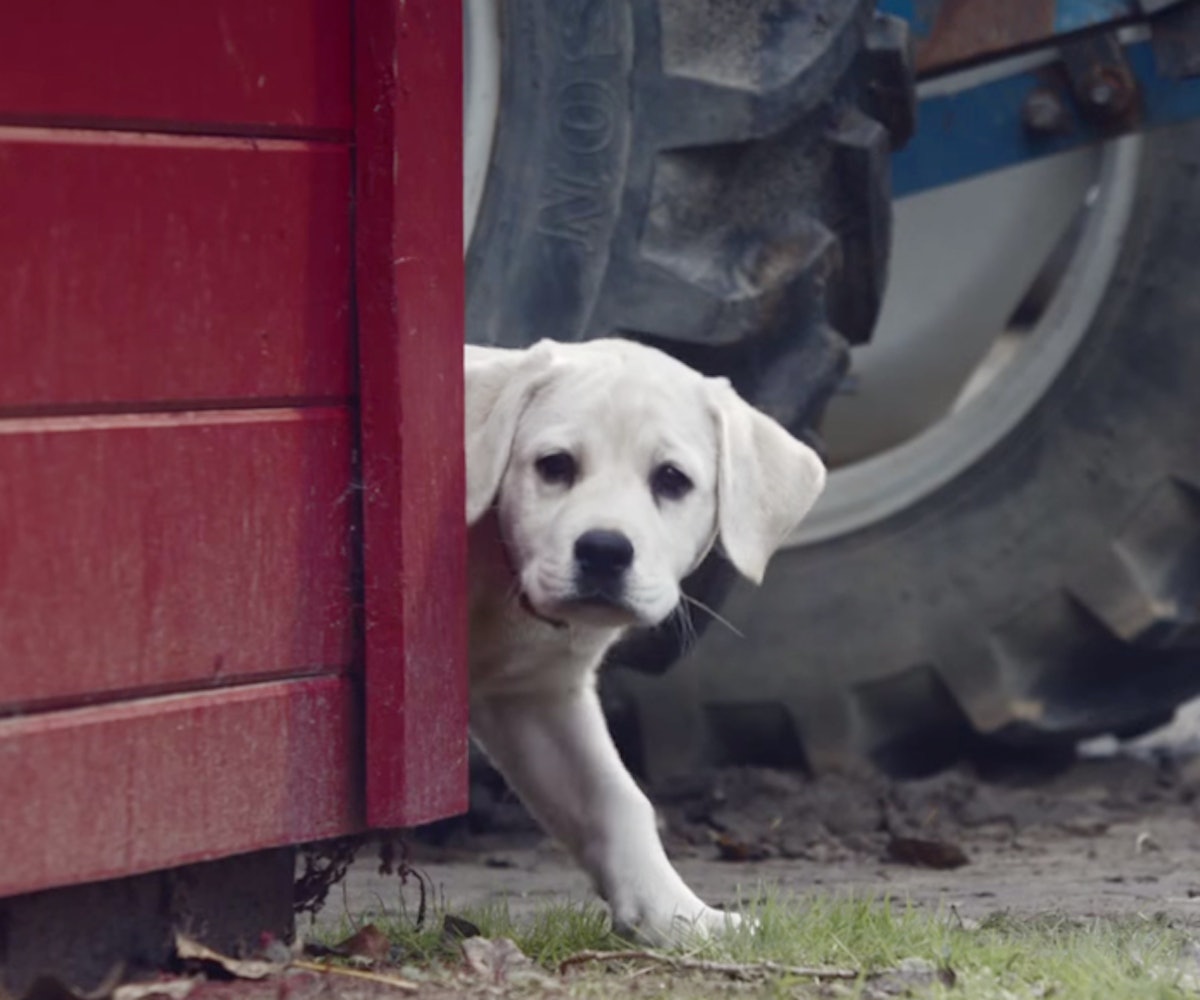 Last night, one of the greatest Super Bowls in history unfolded before our eyes, but who cares, because ads! It never ceases to amaze us that once a year, thanks to a preposterously large TV audience and the great American tradition of selling you stuff, commercials actually become a thing we discuss, rank, share, and legitimately look forward to.

Last night saw the usual mix of blockbuster movie previews, corny beer ads, over-produced car commercials, and celebrity cameos. The common consensus was that despite some star power from Nationwide (Mindy Kaling and Matt Damon nailed it) and some bawdy humor from Fiat, the best ad of the night belonged to Budweiser, who used the oldest trick on Madison Ave.—an insanely cute puppy—to win you over.

Hulu, which is currently hosting most of the ads on its site through Toyota AdZone, seemed to agree: It ranked Budweiser's "Lost Dog" ad as the best one of the night, edging out Snickers' clever

spot and the Clash of the Clans clip that featured Liam Neeson doing his best Liam Neeson. Hulu also ranked the night's funniest ads, most moving ads, the best celebrity cameos, and more. You can see the ranks, and watch the commercials below. Prepare to buy stuff.

Ads That Will Move You