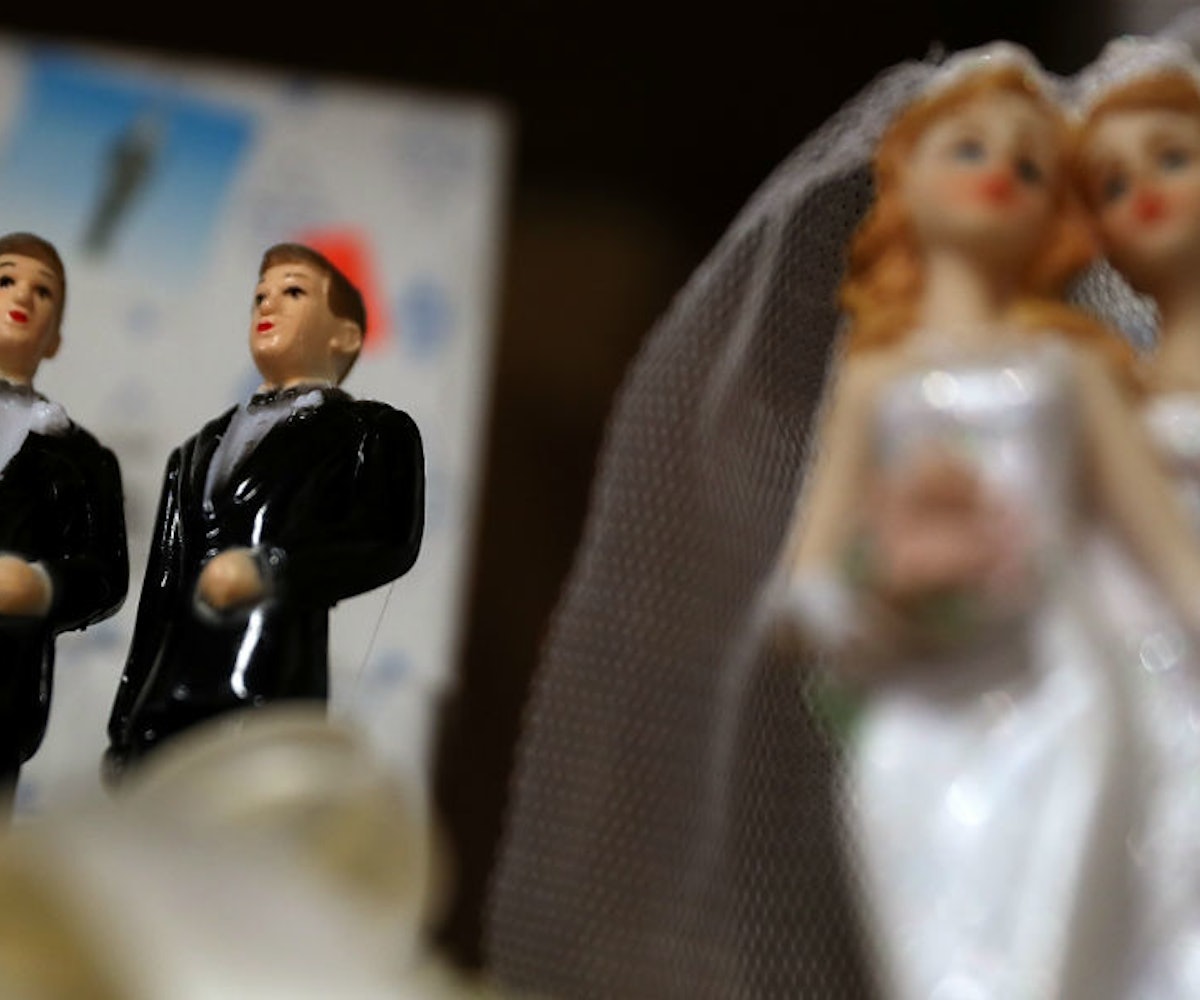 Today, the Supreme Court ruled in favor of Colorado-based baker Jack Phillips who refused to make a wedding cake for a same-sex couple.

According to CNN, in a 7-2 decision, the court maintained that the Colorado Civil Rights Commission was hostile toward Phillips, who listed his religious beliefs as the main legal reason he refused the couple service back in 2012. The justices voted that the commission violated Phillips’ First Amendment rights.

This feels like a major blow to LGBTQIA rights, but it's not necessarily as big of one as some people might think. The decision doesn’t invalidate anti-discrimination laws about sexual orientation, rather it sides with the baker based on how he was treated by the commissioner, which the court found to be discriminatory due to an anti-religious bias. “Our society has come to the recognition that gay persons and gay couples cannot be treated as social outcasts or as inferior in dignity and worth,” Justice Anthony Kennedy writes. “The outcome of cases like this in other circumstances must await further elaboration in the courts, all in the context of recognizing that these disputes must be resolved with tolerance, without undue disrespect to sincere religious beliefs, and without subjecting gay persons to indignities when they seek goods and services in an open market.”

Many are quick to point out that this decision is really about ending all types of discrimination, including that against LGBTQIA Americans, with Louise Melling, deputy legal director of the ACLU, saying in a statement: "The court reversed the Masterpiece Cakeshop decision based on concerns unique to the case but reaffirmed its longstanding rule that states can prevent the harms of discrimination in the marketplace, including against LGBT people."

Even so, the ruling will likely carry ramifications with it—and will embolden those on the right who seek to discriminate based on sexual orientation. It's not a great way to start Pride Month, or, really, any month.