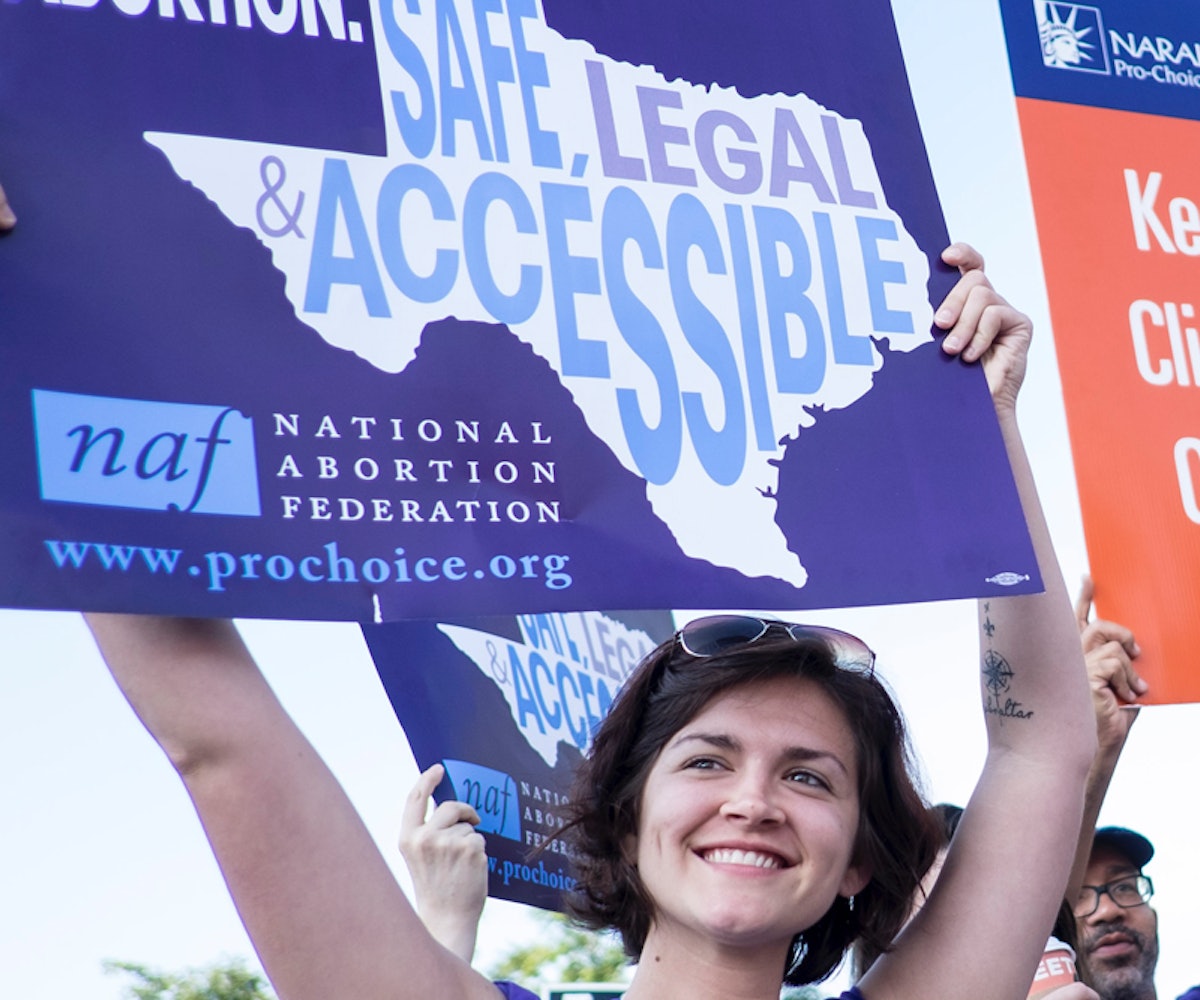 This morning, the Whole Woman’s Health v. Hellerstedt case came to a momentous conclusion when the Supreme Court ruled in a 5-3 decision that Texas' HB2 law, which imposed targeted restrictions on abortion facilities, is illegal. The decision strikes down the U.S. Court of Appeals for the Fifth Circuit's 2015 decision that ruled the law's restrictions constitutional and helps protect women's rights to a safe abortion.

The law was passed by a Republican majority state legislature and signed into law in 2013 by then-governor Rick Perry. It required abortion providers to have surgical facilities and hospital-grade building standards (like wide corridors and large rooms) that are not necessary for abortion procedures and not required for many outpatient surgical procedures. It also required all doctors who perform abortions to have admitting privileges at hospitals within a 30-mile radius of the clinic, which is hard to come by for both political reasons and administrative reasons since the low rate of abortion-related complications makes it hard to meet the minimum number of required admittances needed to achieve admitting privileges.

The law would have dramatically decreased the number of abortion facilities in the state, from the state's historical high (but relatively low in comparison to the rest of the country) number of clinics—about 40—to an estimated 10.

"We conclude that neither of these provisions offers medical benefits sufficient to justify the burdens upon access that each imposes," Justice Stephen Breyer—who voted the law unconstitutional alongside Justices Ruth Bader Ginsburg, Anthony Kennedy, Sonia Sotomayor, and Elena Kagan—wrote of the decision. "Each places a substantial obstacle in the path of women seeking a previability abortion, each constitutes an undue burden on abortion access, and each violates the Federal Constitution."

The ruling represents one of the most significant victories for abortion rights in recent years and helps send a message to states and conservative groups lobbying against a woman's authority over her own body. Still, the fight for women's health is far from done. "This is a win for abortion access in Texas, but only a first step," Planned Parenthood says in a Facebook post. "The Supreme Court made clear that politicians can't pass laws to block safe, legal abortion, but it doesn't undo five years of unprecedented attacks on abortion access."