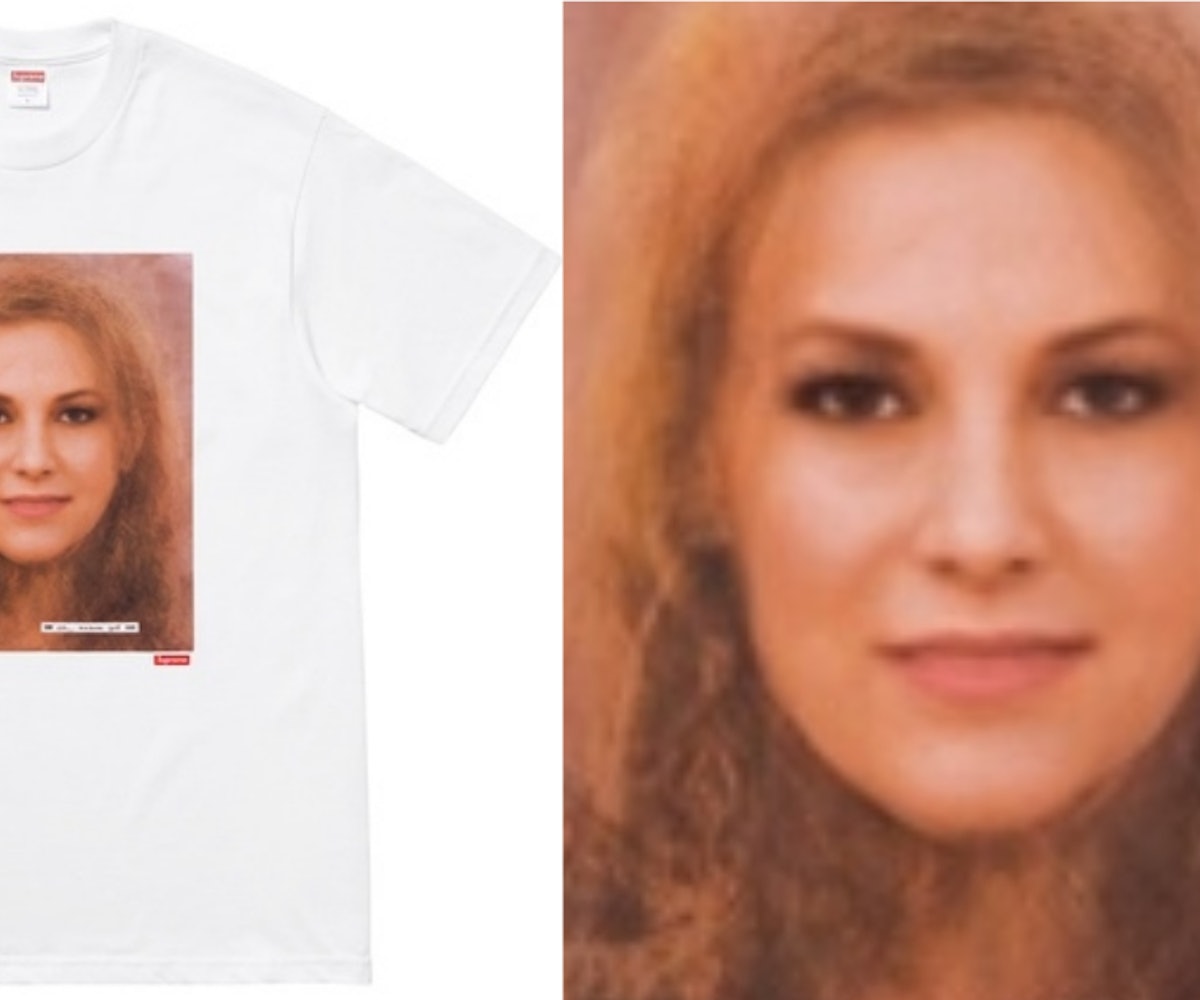 Supreme has revealed what might be its most powerful collaboration yet. The hypebeast brand teamed up with artist Richard Prince for "18 & Stormy" T-shirt, and it's just as political as you might hope.

Nineteen women, including Stormy Daniels, have accused President Donald Trump of sexual misconduct. The faces of these women have been combined into a single composite image by Prince, featured boldly on the front of a Supreme tee.

The entirety of the proceeds from these $40 shirts, which are completely sold out, will be donated to Downtown For Democracy. According to The Cut, the line dropped yesterday—had I known, this may have been the first time I considered hopping in line with hypebeasts to get my hands on a Supreme collab.

There is no word yet on whether the brand will restock the offering.