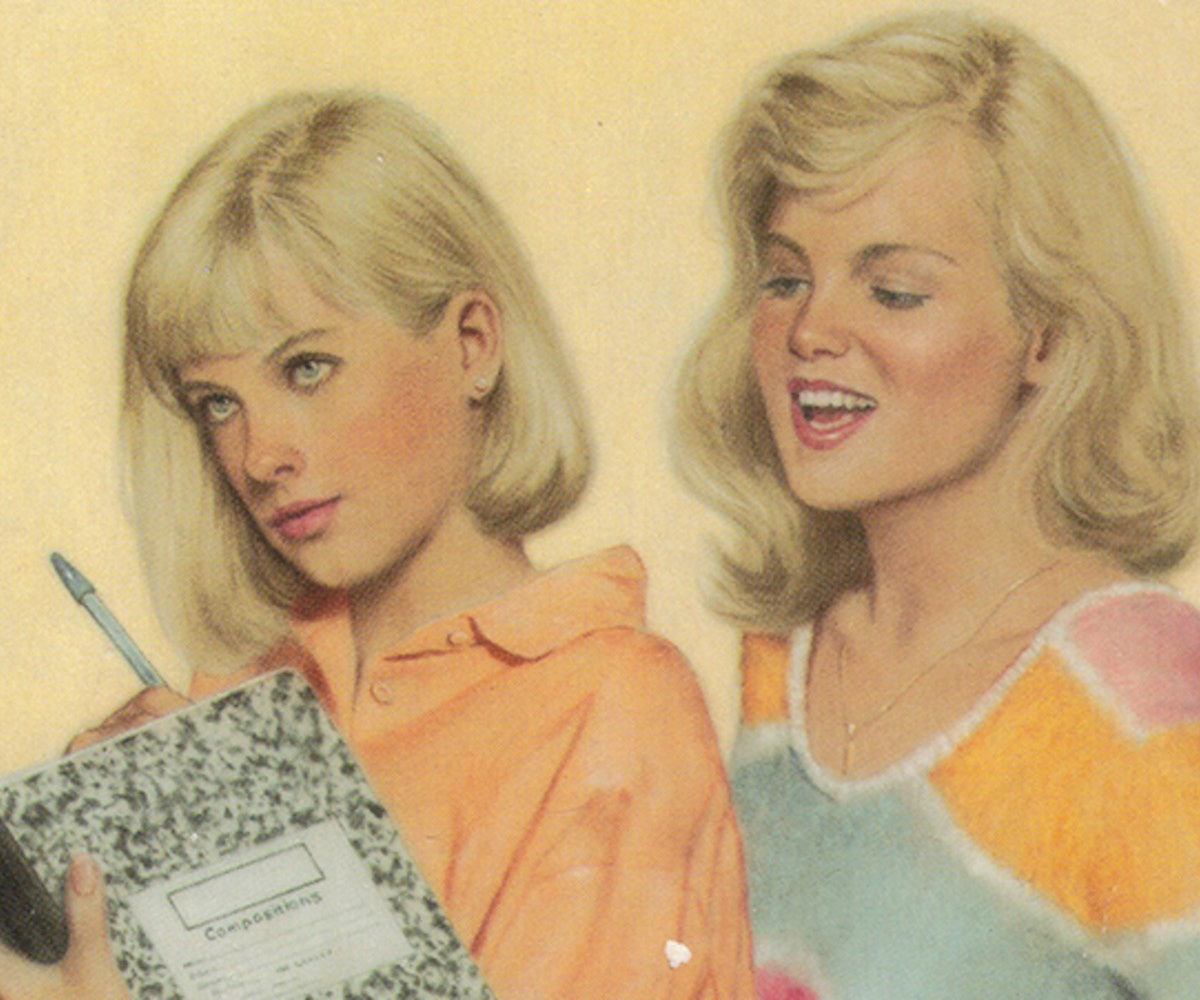 Another week, another reboot of sorts. (Is anything original? mother!?) The engines fueling the new Sweet Valley High television adaptation were set in motion this week with Paramount Pictures' hiring of Kirsten “Kiwi” Smith and Harper Dill as the show's co-writers. Dill currently writes for Fox's hit sitcom The Mick and Smith has classic teen hits 10 Things I Hate About You, Legally Blonde, and She's The Man under her belt. Sounds like a dream team!

Sweet Valley High, should you be more of a Gossip Girl than Wakefield fan, follows identical twins Jessica and Elizabeth Wakefield through their everyday happenings as—you guessed it—high school students in Sweet Valley, California. For nearly two decades, author Francine Pascal and a team of ghostwriters produced more than 600 Sweet Valley books. Most of the series played out like a Mary-Kate and Ashley Olsen picture-meets-The OC fusion. The drama, as petty as it could be, was always thrilling. This is what high school was supposed to be like, right? Right, just like how The Hills accurately portrayed an internship in fashion—exaggerated but completely captivating. Basically, let's start planning a viewing party now.