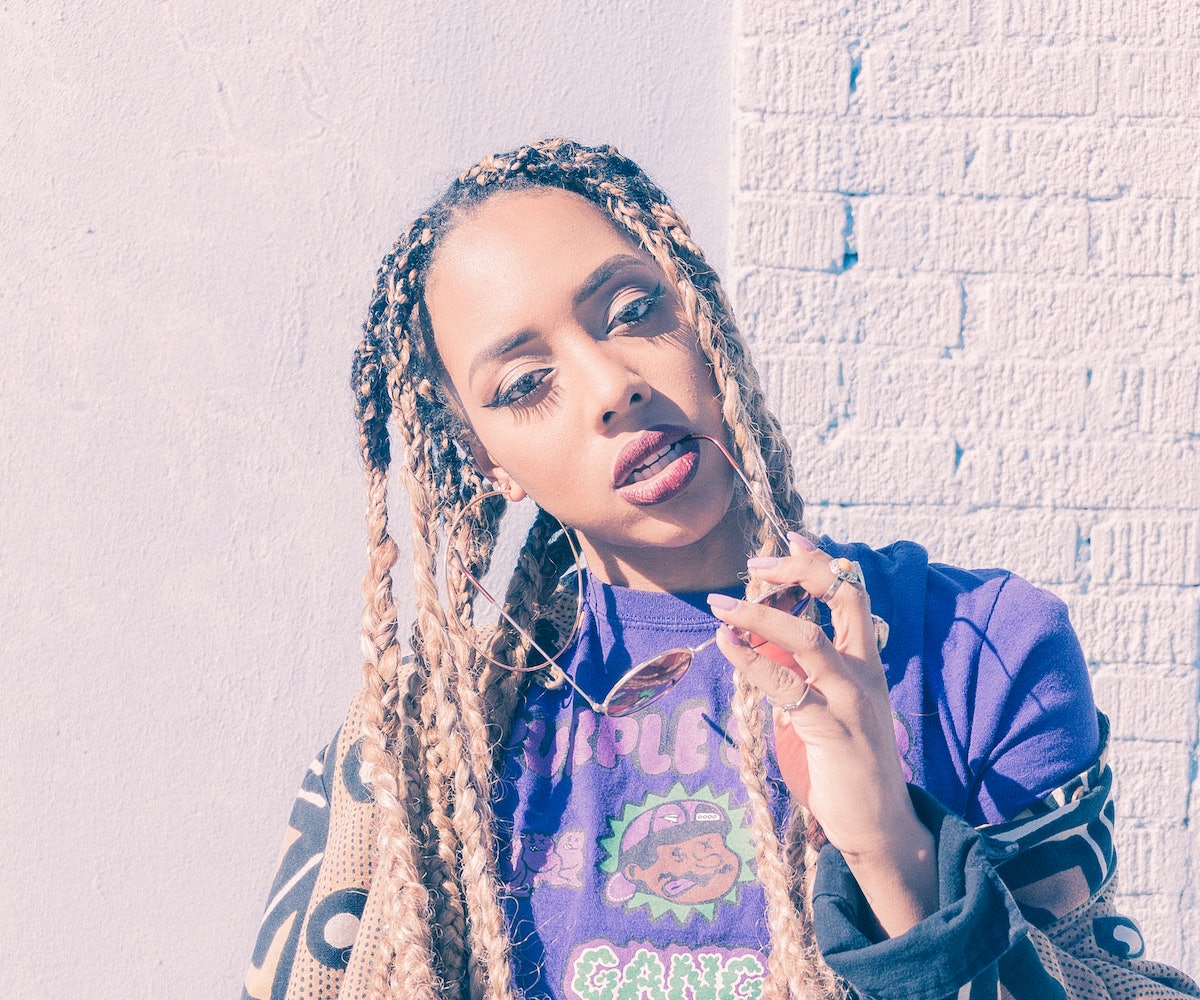 Now that all of the snow has melted, we can finally start to embrace springtime. But if this crazy weather has taught us anything, it's that seasons are purely a state of mind. Synead's debut single "Tropicao" makes us feel like we're away on spring break in her homeland of Trinidad and Tobago. The go-with-the-flow-paced track is produced by Broad City music supervisor and MTV Wonderland host Matt FX and Cabo Blanco. Synead tells us that the song was inspired by the "need to love myself, to show appreciation for a culture that’s always kept me grounded, and to show people that it’s okay to be happy and live life."

"It was really an opportunity for me to take some time to regroup. I was so focused on playing my part as an activist that I forgot that I needed to take care of me," she adds. "I think, especially during times like this, it's easy to feel guilt when putting yourself first, but, in many ways, I think that in itself is a form of activism, too.”

In case you weren't already aware, Synead is heavily involved in the New York activism scene. The 25-year-old is the co-founder of Millions March NYC, a multiracial grassroots collective that was established in 2014 in response to the grand jury verdicts for the murders of Michael Brown and Eric Garner. An estimated 75,000 people mobilized to protest in the streets of Manhattan, where they marched from downtown all the way up to East Harlem.

Even though it seems like Synead occupies two completely different spaces, she incorporates them both in her everyday life as an artist. She's a multidimensional, creative individual making an impact on the world around her in any way, shape, or form that comes to mind.

Synead is expected to drop a music video for “Tropicao” soon, followed by the release of another single this summer. This song will have you shaking like coconuts swaying from the branch of a palm tree in the gentle breeze. Sit back, relax, and enjoy the ride on Synead's latest wave of consciousness, below.