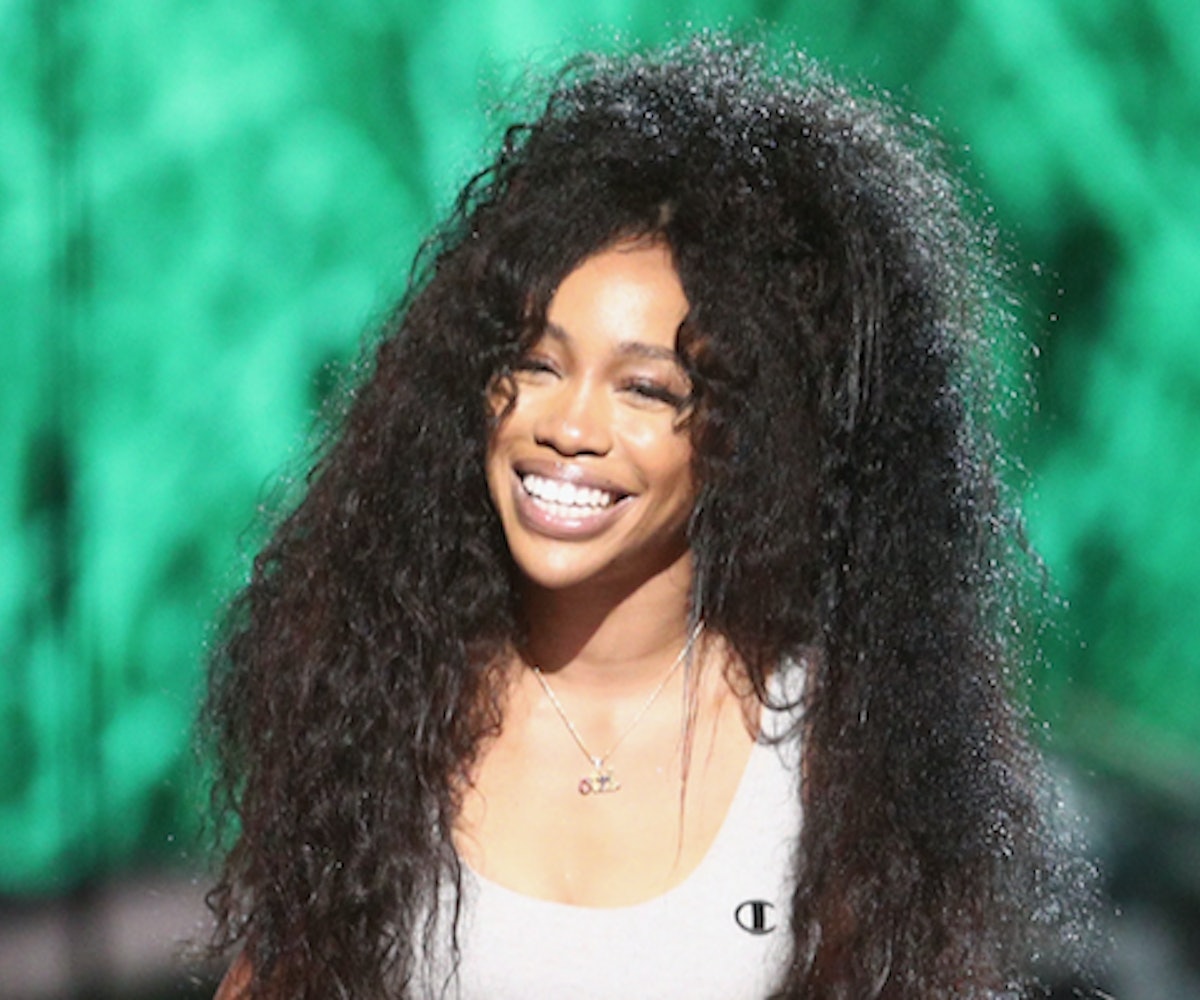 Last month's Grammy Awards were full of snubs. Despite having some of the most powerful records of the year, artists like Kesha, Lady Gaga, and Jay Z went home with nothing. And while many were upset over these losses, it seemed that most were especially disappointed that SZA, who was the most-nominated female artist of the evening, went home award-less. In a new interview with GQ, SZA admitted that she, too, was upset about the snubs, admitting that she didn't post anything online after the awards because she didn't want to show her anger.

"I wanted to be honest as fuck, and if today I’m just mad as hell, I don’t want to say something that reflects me being mad as hell," she said. "But I definitely feel blessed now. I also don’t feel compelled to explain myself." SZA added that she was able to get over the loss by remembering what truly matters—that her music resonates with little girls around the U.S. Oh, and also by smoking "a bunch of blunts."

"The United States fucks with my songs. We’re changing little girls’ lives across the world, and we didn’t even know what we were doing when we started. This is something much bigger than me and a fucking trophy. I’m appreciative of the opportunity, but shit happens."

You can (and should) read SZA's profile in full, here.

NEXT UP
Entertainment
Muni Long On The Grammys, Burnout & Not Worrying About The Labels
Entertainment
Annie DiRusso Makes Indie Rock For Your Growing Pains
Entertainment
Harry Styles Is Performing At The 2023 Grammys
Entertainment
Raye Explicitly Speaks Her Mind On Debut Album, ‘My 21st Century Blues’
Style + Culture, delivered straight to your inbox.