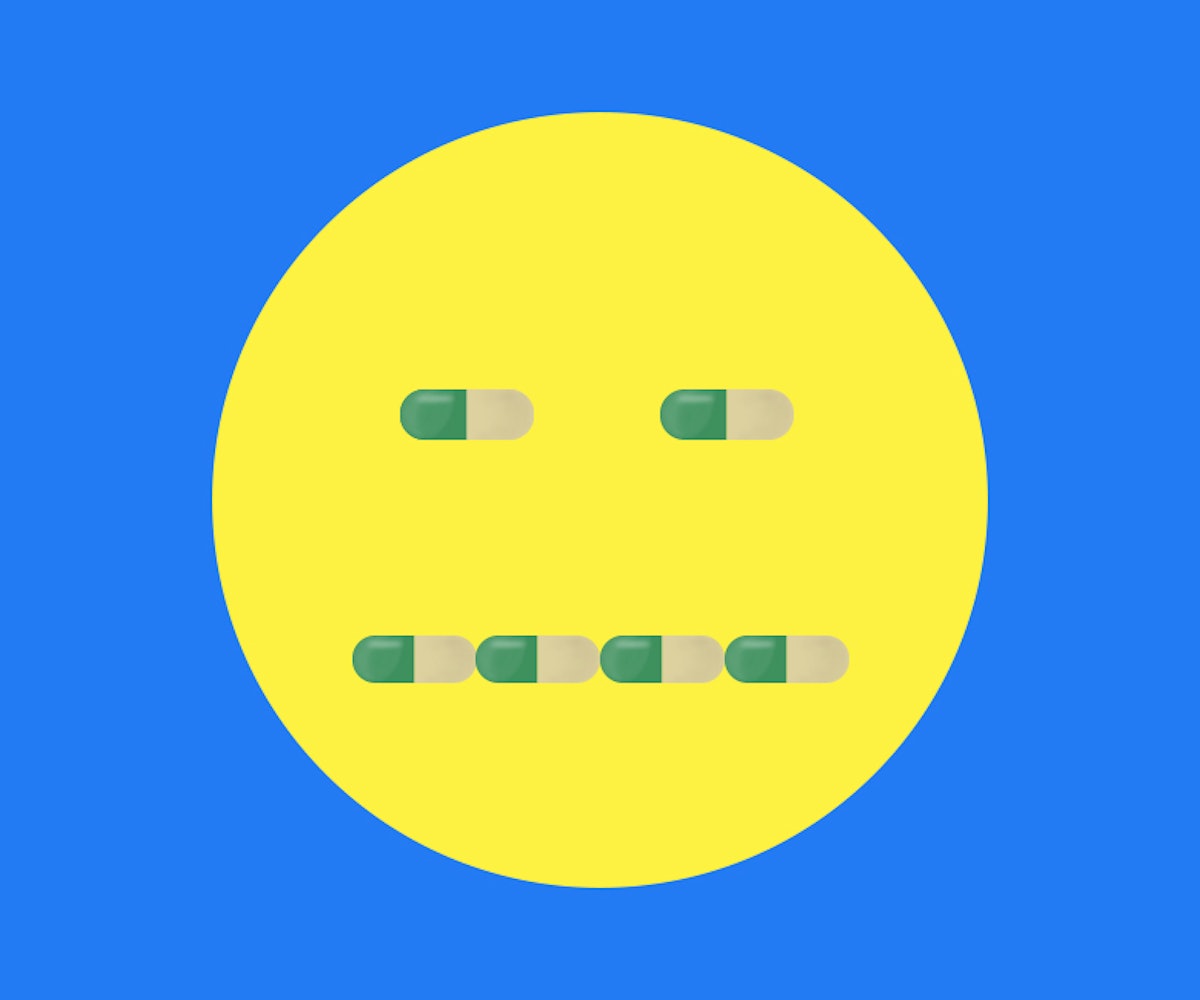 Let's get this out of the way: I take prescribed medication for my diagnosed anxiety and depression. Oversharing is caring, everyone!

After the election, I was unable to do anything other than read the news out of fear that I would miss the start of nuclear warfare. Due to this month-long inability to focus on anything other than the White House, I put my academic and social responsibilities on the back burner which, in turn, caused me to have an emotional break. I went from being a person who had only cried a handful of times in my life to a person who was unable to stop crying long enough to attend her final exams.

And I cried about anything. If it was too hot in my room, if I had to pay the bills, if I couldn’t pick an outfit quickly enough, if my phone battery was draining faster than I expected... I cried. It was a tumultuous time for me, and my emotional break brought to the surface the mental illnesses that I had, apparently, been allowing to fester for quite some time. My looming problems with mental illness had previously been manageable enough to ignore or stifle with a glass of wine, but the constant threat of a missed deadline (or unread breaking news story) made it much harder to just push away. And soon after I paid a visit to my family doctor, she gave me a prescription for Zoloft. This, to me, was a cause for celebration. I was finally getting treatment for an illness I'd ignored for years.

But this feeling was not met with excitement from the people around me. Since oversharing is caring, I needed all my friends (and even some acquaintances) to know that I had truly made a breakthrough in my emotional well-being. And while the diagnosis aspect of my recent discovery was met with resounding support, my "choice" to be treated with prescription medication was shamed.

It's no secret that taking medicine for mental illnesses isn't as widely accepted as taking medicine for a more "visible" illness. The National Alliance for Mental Illness reports that one in five adults in the U.S. experiences mental illness in a given year, and the Scientific American reports that one in six takes a psychiatric drug. Even with these staggering numbers, it feels weird for me to talk about my appreciation of Klonopin to my friends, or take my prescribed pills in public, for fear of judgmental stares. Sure, we as a society have become more and more accepting of mental illness as a legitimate illness. But those who understand it, and even some who suffer from it, don't quite like the idea of taking medication for it. But even though mental illnesses are beginning to be more understood and embraced by most of the mainstream, many remain wary of the idea of taking a pill to better cope with it. And even though those who suffer often have chemical imbalances in our brains, taking a daily dose to try and remedy that is still considered taboo.

I see the same sort of disdain for medicinal treatment in media and society, as well. And I understand that there is a lot wrong with the pharmaceutical industry, but at the end of the day, I trust my doctor—someone much more qualified than I to diagnose medical issues—over myself to make the decision on how to treat my illness.

This point is clearly illustrated in this scene from the latest season of Broad City. After Ilana tells Abbi about her seasonal affective disorder, which sounds a bit more year-round than seasonal, Abbi makes an observant suggestion that Ilana might want to consider increasing her antidepressant dosage. That idea is quickly shut down by Ilana, and she confesses that she's been steadily decreasing her prescribed dosage for years, seemingly without consulting her doctor.

Not only is it a foolish idea to skip doses or change your intake amount, unless you've talked about it with your doctor, but on a broader note, the mere idea that someone with depression—which was later showing to majorly interfere with Ilana's ability to do her job—would be so vehemently against taking her full dosage might show that she's not totally accepting of the fact that she needs medicine in the first place.

This example and countless others prove that, for some reason, it's more acceptable to say that you drink or smoke to deal with anxiety and depression than it is to take something that a doctor prescribed. Perhaps people still feel wary because when a doctor tells us something is wrong, we don't want to face the harsh truth of our illnesses. Or maybe, people still believe that taking antidepressants will change the user's personality, which is completely false if taken correctly.

Taking medication is not the end goal for most. With therapy and other coping mechanisms, the preferred end result is to live your life free of added medication. But there is ultimately nothing wrong with taking a pill, because an invisible illness is still as worthy of treatment as a visible one.