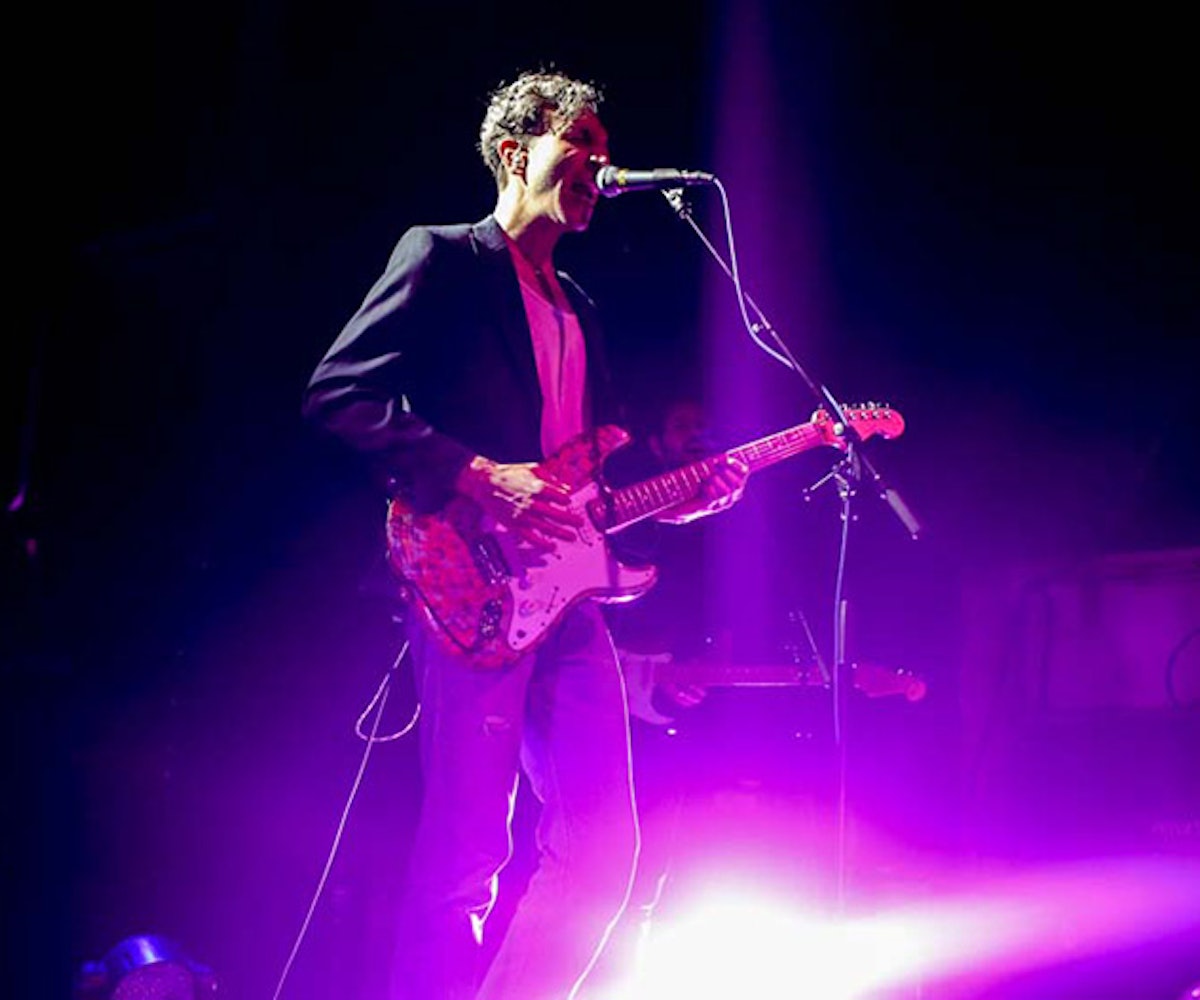 The NYLON Guys Music Tour is officially a go! Tanlines kicked off our tour with Original Penguin in true Brooklyn style at Rough Trade last night. After Mas Ysa got things started, Jesse Cohen and Eric Emm brought down the house with old classics off 2012’s Mixed Emotions album, but the, uh, highlight of the night was hearing new tracks off Tanlines’ forthcoming album Highlights. (It’s stellar, if you haven’t heard.) A photo booth was on site for concert goers to get their snap on, and Original Penguin filled gift bags with OP swag. One lucky fella even left the show with a sizable gift card, too. We’d like to think it was a solid start to this summer’s coolest music tour.

See for yourself in the gallery ahead! Next stop: Los Angeles.

No pink, you stink!

Cheesin' with some of New York's finest—a.k.a. Justin Liv and Isaac Hindin-Miller.

Where can we get that ying-yang sticker?

Gotta get one more photo booth pic in before the show!

Is it even a party if a photo booth isn't there? (Nope.)

Shoutout to Original Penguin for making it all happen!

Did we mention the Original Penguin gift bags doubled as a backpack AND a cooler?

The coolest posters around, y'all.

Talk about a full house.

Cannot WAIT to see what the boys do in L.A.