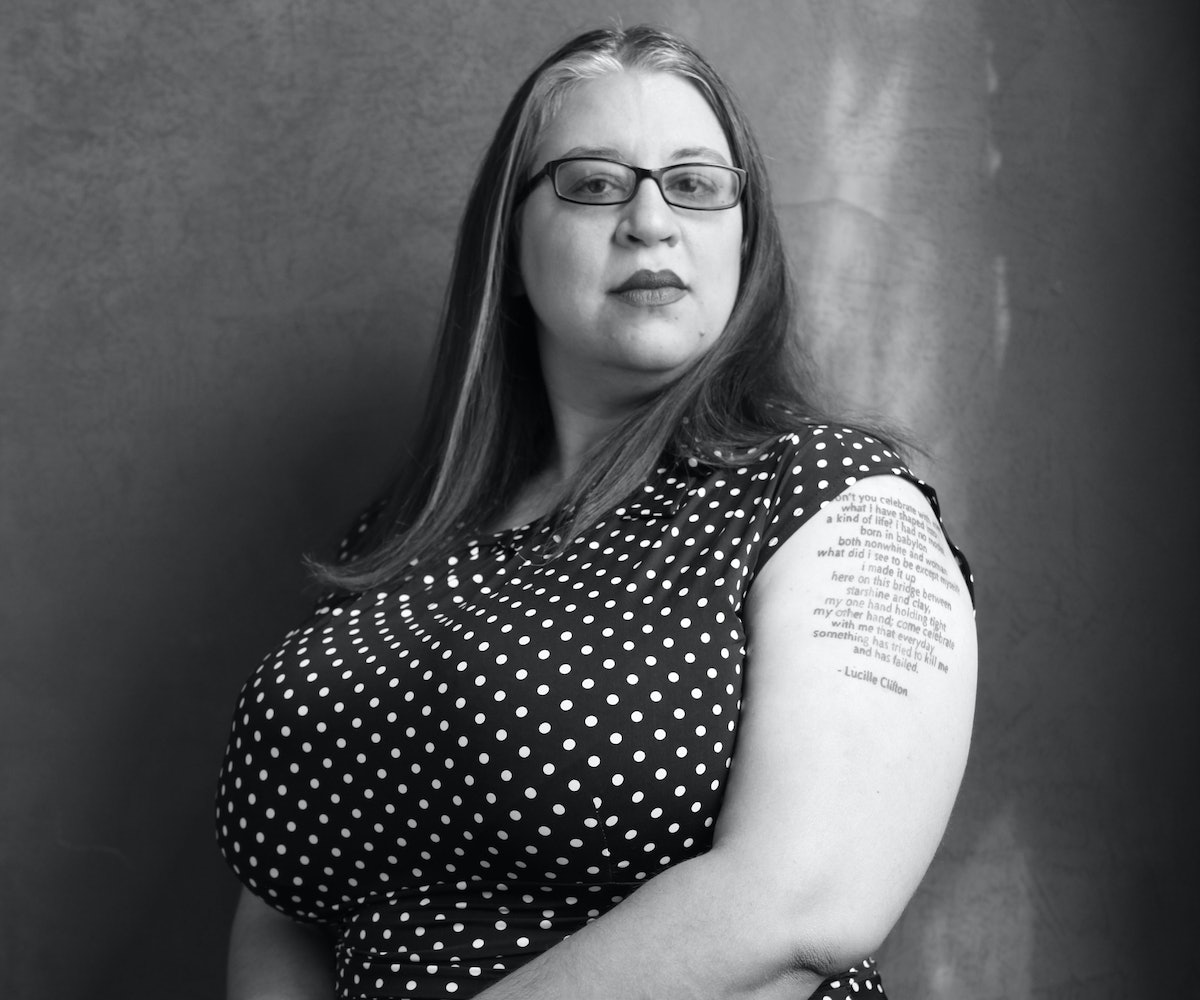 We asked poet, teacher, and Chicago-based author Tara Betts to pen something about the protests in Chicago this Thanksgiving. The timing—after a year of such well-documented violence against black bodies, alongside the day of thanks (which is deeply rooted in colonialism)—felt remarkable. There is a lot of coverage about the outrage surrounding the murder of Laquan McDonald, but we thought we would turn to one of the artists on the front line to hear her voice.

It is the day before Thanksgiving in Chicago. The day has mostly been about 50 degrees near my home on the South Side. There was some sunlight, and Malcolm London went home after being jailed overnight. There are two stories—one attempted to say he struck an officer and the second story based on several accounts says that London was strategically separated and taken away under the siege of a smoke bomb while officers were striking other protesters. I watched the footage at home, and the ratio between black men with cameras was almost equal to officers swinging on people in the crowd. I was holding my breath again. Aware of how painful it is to love the children in Chicago that I have watched become young adults and yet so proud of them for fighting for their rightful place as human beings in this city...and the world. Malcolm London greeted the crowd outside the courthouse today and was surrounded by friends and fellow organizers hugging him and tousling his locks. Even in this small victory, I am wondering about Johnaé Strong, Page May, and Troy Alim, the protesters jailed at the same time as London. How is Laquan McDonald’s family is feeling after a year without his presence? Is his chair at the Thanksgiving dinner table going to sit silent and empty? I am wondering who might be sitting shell-shocked in a corner somewhere in Minneapolis after white supremacists attacked peaceful protesters at a Black Lives Matter protest. At this point, there has to be some sort of balm, but I think these conflicts will keep scraping our wounds.

It is the day before Thanksgiving in Chicago, and Mayor Harold Washington died twenty-six years ago today. I am thinking this city would have been different if he had lived longer. Then again, I wonder if his presence would have made white people buy more guns as they did after President Obama came into office. Speaking of Obama, if Rahm Emmanuel did not have the largesse of the President backing him, would he be able to shut down so many schools in Black neighborhoods and have photo ops with black youth that he does not support? In the twenty-first century, people are still threatened by black men while consistently devaluing their presence. Black people—men, women, and children—are being mowed down, and they are not blades of grass. Scientists have documented that the fresh smell of grass being cut is tantamount to hearing each growing blade scream. We are relishing the smell of brutality. What happens when we grow accustomed to it? I am not going to try to persuade anyone that each human life has value.

Thanksgiving is a few hours away as I write this. It is the first Thanksgiving without my mother, the woman who imbued me with a sense of justice. She would often call me with a sense of anger and sadness that paralleled my own. Now, I have no one to call, and I am thinking of all the protests I attended that I never told her about. Once, I stood on Lake Shore Drive and blocked traffic with my fellow Chicago poets. The police had horses bucking in our faces. We bowed on our knees while touching each other’s shoulders. The horses stopped; they would not attack a living thing smaller and more submissive than themselves. The horses knew what the police do not want to acknowledge.

Thanksgiving always marks that antiquated idea that pilgrims came together to share the wealth of corn and other foodstuffs at a table together. Over the past two decades, I have watched young people in classrooms begin to unravel that myth. We know about small pox blankets, reservations, Christopher Columbus, and how most of us can say we do not know a person who identifies as Native American or First Nation. If we are students of history, we know that extermination begins with extending some small kindness before the firearms are drawn. When we look at the ongoing behavior of police in America, the niceties of hiding the violence are being obliterated by social media, cell phone videos, and vigilant protesters. I am writing this in a 24-hour diner, I hear Aloe Blacc croon “Loving you is killing me...” Blacc keeps saying “girl” and I keep wondering if the “girl” is America.

About two hours away from November 25, and I am thinking of how I would watch Thanksgiving Day parade with my mother and brothers. We would sometimes give our dog Shorty bits of table food, and my cousin Steve would come with his own silverware that he would draw from his pocket with a wondrous ting like two small swords. Last year, I called her and told her that the Black Lives Matter protesters were blocking off parts of the Macy’s Parade, but they wouldn’t show it. I just happened to see and start following the footage live on Twitter. I wonder if the protesters know that we need to plan more strategically. I am sure some of them are more aware, as if they memorized Saul Alinsky’s Rules for Radicals. Do they know that they will be set against each other if the media makes a darling of one of them? Do they know that there are connected acts to push them out of education, jobs, and their homes here in Chicago?

All of these fights are connected, and I am thinking we are all craving and fighting for that moment where we can just love our family and share a warm meal, and there are some people who would take that last slice of turkey, that last spoonful, that last degree of lifesaving warmth, without giving a damn for anyone. In fact, some people think they have a right to it. Sounds like the manifest destiny in history books that Native Americans knew so well…