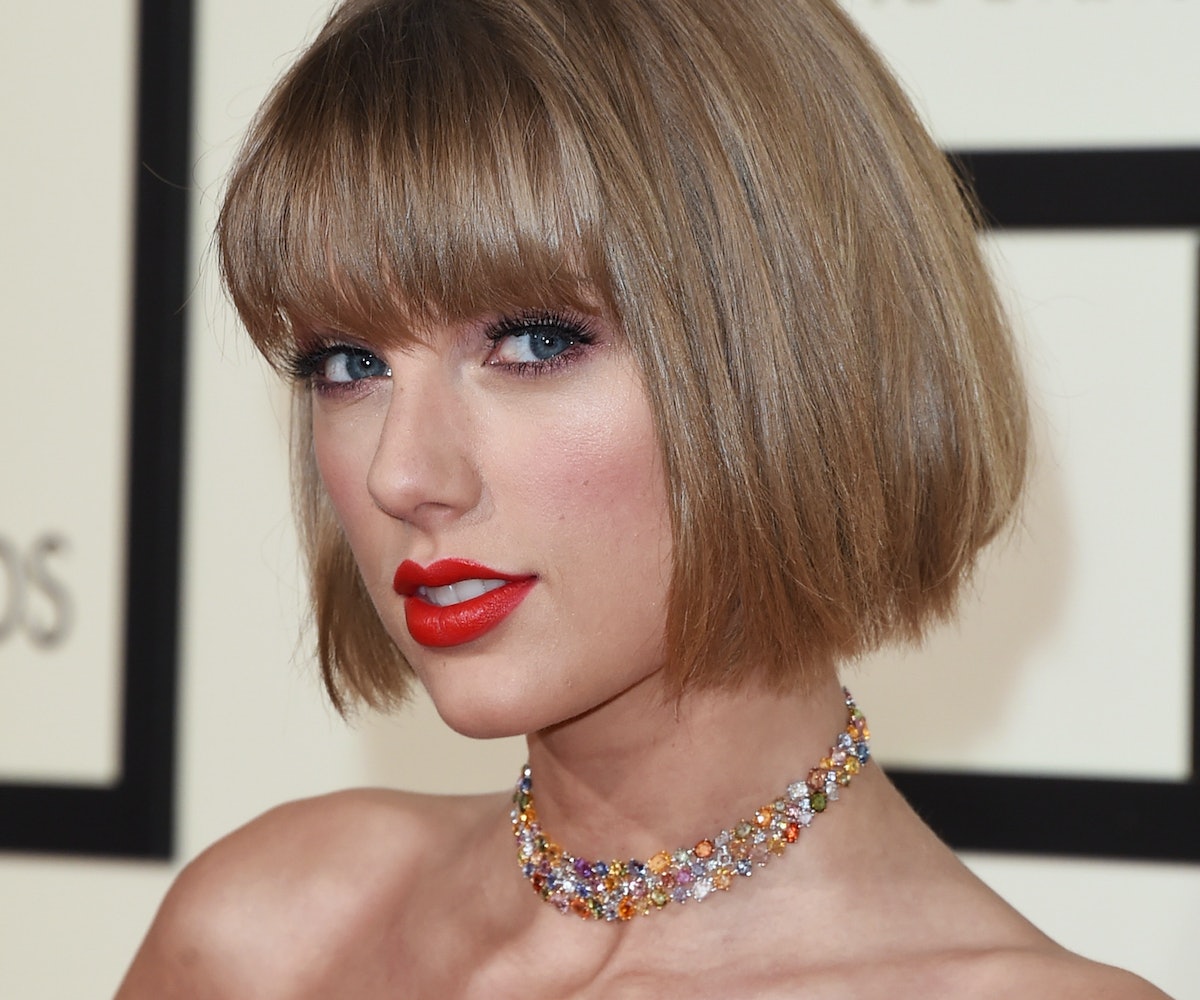 Taylor Swift is silent no more. After Demi Lovato called the singer out for not backing Kesha during her legal battles with Dr. Luke, Swift has donated a whopping $250,000 in what's being called a "show of support." The money is intended to help Kesha with her growing legal bills, according to Swift's spokesperson Tree Paine.

Since being denied a preliminary injunction that would release Kesha from her contract with her alleged abuser, many of her peers have tweeted their support for the singer. Swift however, remained oddly silent, which many believed was the reason Lovato called for "self-proclaimed feminists to start speaking out or taking action for women's rights."

Other stars who've shown solidarity with Kesha include Ariana Grande, Lady Gaga, and Miley Cyrus. It was only a matter of time before Swift, who's worked with Dr. Luke on multiple occasions, joined the chorus of pop stars condemning the producer. And while none of his former collaborators have mentioned his name outright, it's safe to say Dr. Luke's career as a top-tier hitmaker has come to an end.

Kesha's mother meanwhile, is thrilled by Swift's donation. "A person's wealth is not measured by what they have but by WHO they help with it. Taylor Swift is a truly RICH PERSON. Thank you," Pebe Sebert tweeted Sunday. "Most important for Kesha is that these beautiful powerful women are standing behind her, letting the world see how powerful the truth is!"

Kesha reportedly broke down in tears after learning that her request for an injunction had been denied, but the singer isn't ready to give up. The judge has yet to dismiss the case, and with Swift's financial help, Kesha will have all the means necessary to continue fighting for what she believes in.