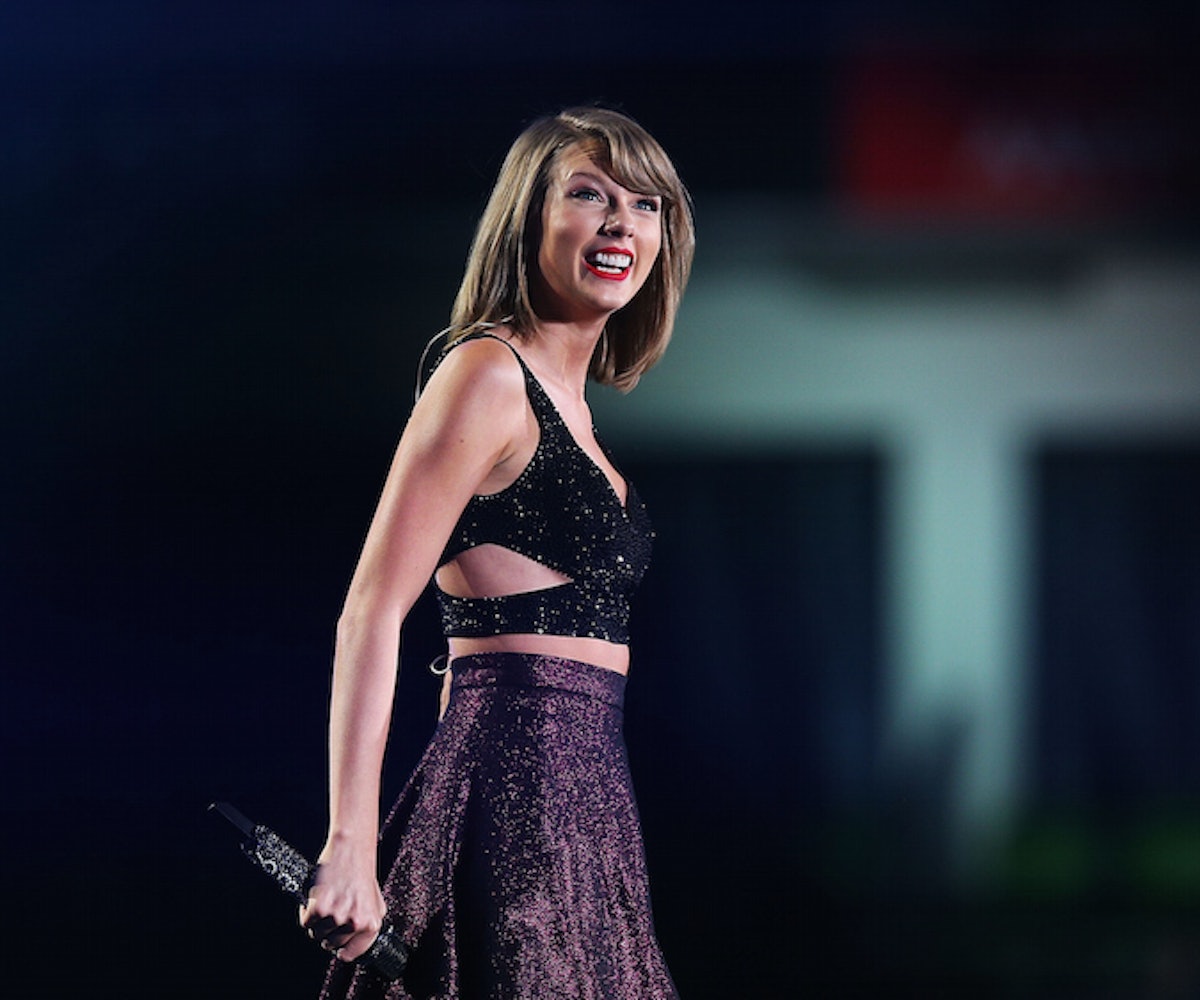 Taylor Swift is currently on the last leg of her 1989 Tour in Australia, and she commemorated the event by meeting her teenage doppelgänger from the land down under.

Sturgiss told the Daily Mail that her uncanny twinning with Swift is, for the most part, natural. "I think it's just the facial structure. I've got small eyes and bigger lips like her," she said. "I got my hair cut consciously like hers, but everything else is just sort of coincidental. The clothing and stuff — we've actually got pretty similar taste. I don't really consciously dress like her."

The faux-twin not only resembles Swift, but also has a similar big heart—she said she's posed with fans who've mistaken her for the singer so as not to disappoint them. "The little, little girls who think I'm Taylor, I look at their mums and their mums know," Sturgiss said. "So I'm like, 'I'll let their mums tell them, I don't have the heart to tell them."

The resemblance was actually first noticed by Swift when she saw Sturgiss' Tumblr post about her mother's battle with uterine cancer, not unlike Swift's own mother's diagnosis. Swift, Sturgiss, and her friend Kristy Lee documented the meeting backstage at Swift's concert with a Charlie's Angels-esque photo shoot.

(via the Daily Mail)