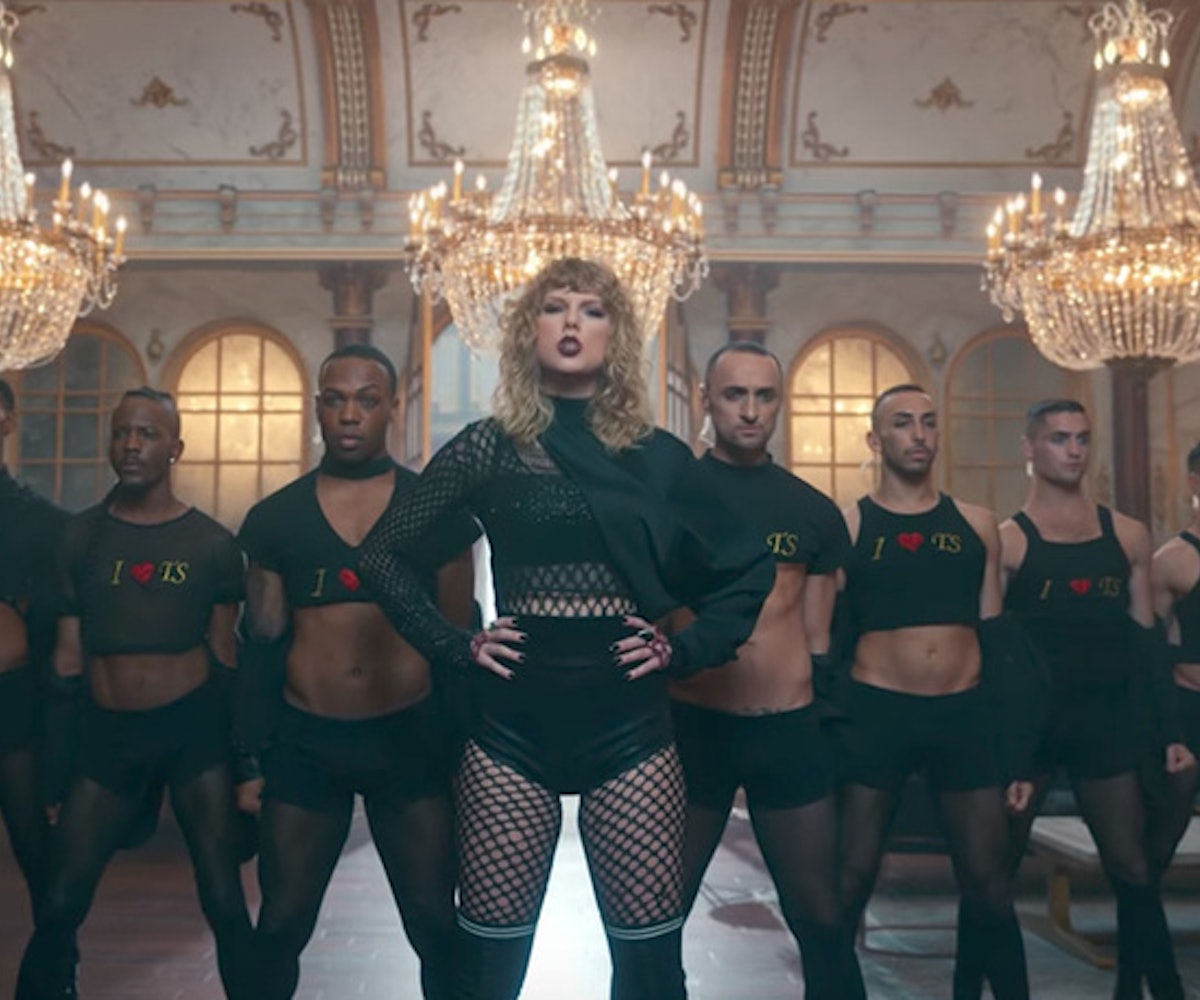 As soon as Taylor Swift released a teaser for the “Look What You Made Me Do” video, people immediately noticed some striking similarities between Swift's video and Beyoncé’s “Formation” video.

At the time, the director of "Look What You Made Me Do," Joseph Kahn, came to Swift's defense, tweeting that he'd worked with Beyoncé before and that Swift's video wasn't "in her art space."

Just when we thought we'd heard everything, here we are, having a national debate about crop tops. Obviously, Swift isn't the first person to wear a black crop top.

For instance, Prince wore a black crop top on the cover of his 1986 album Parade, three years before Swift was even born. And, as Vulture points out, Beyoncé was seen wearing a black crop top as early as 1998, in Destiny Child's "No, No, No Pt. 2" video.

Also, Beyoncé doesn't even wear a black crop top in the "Formation" video. Furthermore, who. cares.