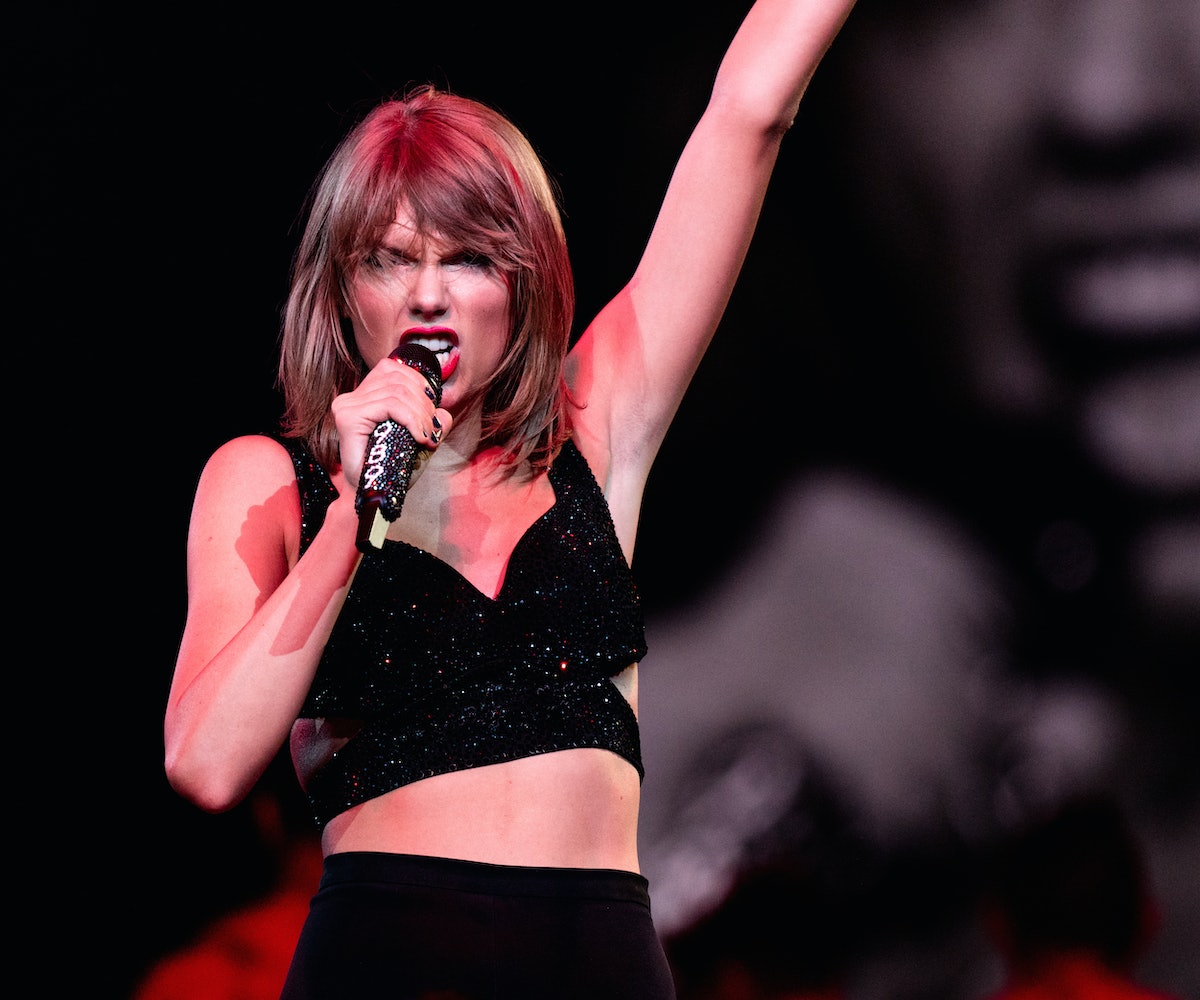 In September, David Mueller, a former radio host for Denver’s KYGO, sued Taylor Swift claiming that a series of accusations that he had groped the singer during a meet and greet had cost him his job. Now, Swift and her team have turned around and filed a countersuit right in Mueller’s face.

According to Swift and others, the alleged assault took place in 2013 before a Swift concert at Denver’s Pepsi Center. As detailed in yesterday’s filing and in accusations beforehand, Mueller “intentionally reached under [Swift’s] skirt, and groped with his hand an intimate part of her body in an inappropriate manner, against her will, and without her permission.”

KYGO, where Mueller had worked for seven years, fired the DJ after the accusations came to light and Swift’s team banned him from all further concerts by the singer. Mueller, in his suit against Swift, says his termination stemmed from a case of mistaken identity—blaming one of his station managers, Eddie Haskell, for the assault—and demanded Swift compensate him for hardship and loss of income.

Swift’s team, however, aren’t putting any stock whatsoever in Mueller’s conspiracy theory. “Mueller’s newfound claim that he is the ‘wrong guy’ and, therefore, his termination from KYGO was unjustified, is specious,” the suit reads. “Ms. Swift knows exactly who committed the assault—it was Mueller—and she is not confused in the slightest about whether her long-term business acquaintance, Mr. Haskell, was the culprit.”

The suit goes on to say that any money Swift would win in would go to “charitable organizations dedicated to protecting women from similar acts of sexual assault and personal disregard.”

NEXT UP
Culture
Senators Quoted Taylor Swift During Ticketmaster’s Hearing
Entertainment
Meet Amy Allen, The Grammy-Nominated Songwriter Behind Pop's Most Honest Hits
Entertainment
Harry Styles Is Performing At The 2023 Grammys
Entertainment
Muni Long On The Grammys, Burnout & Not Worrying About The Labels
Style + Culture, delivered straight to your inbox.