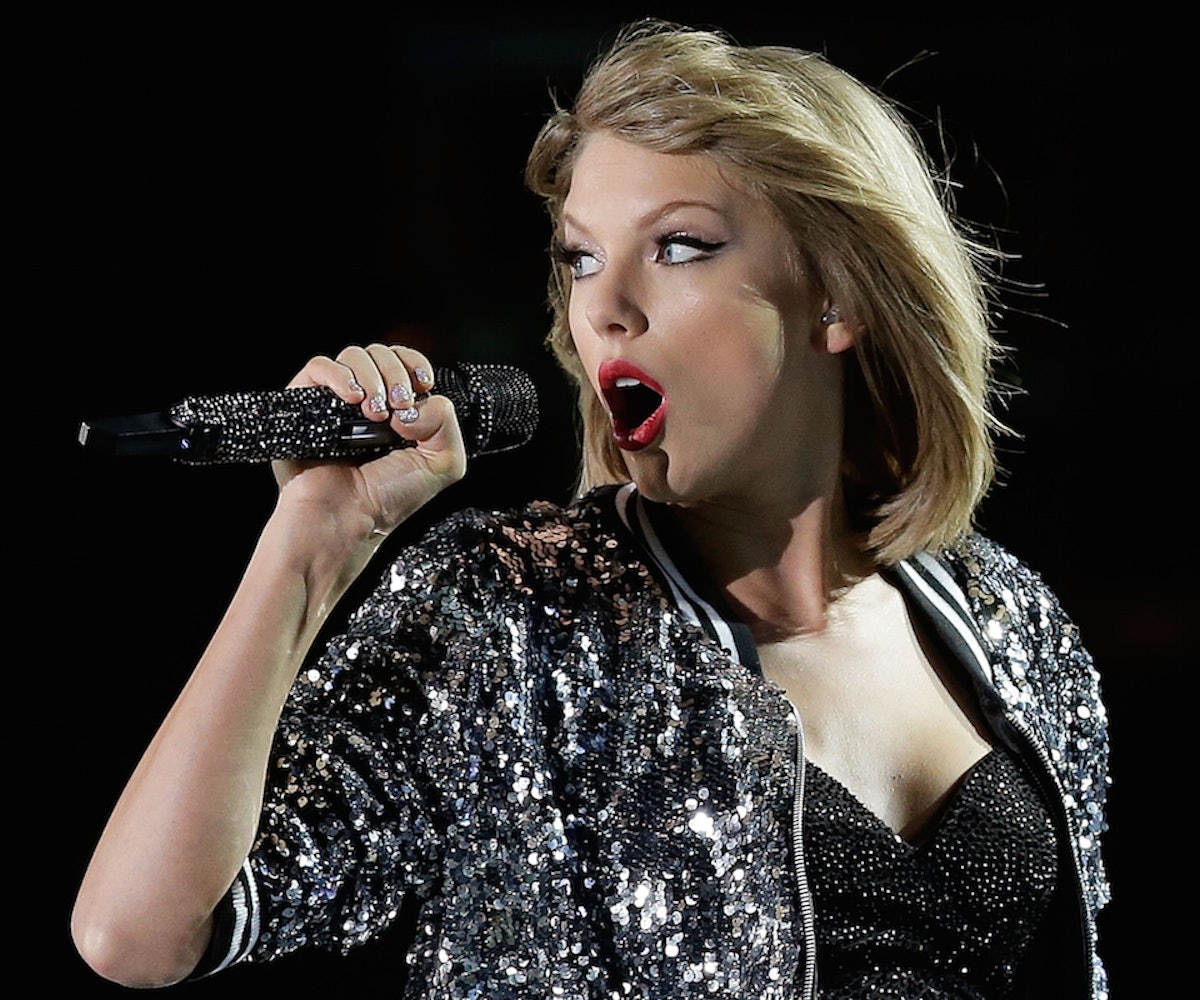 Ya girl Taylor Swift put out 1989 way back in the heady days of October 2014 and began touring to support it in May of 2015. Basically, it seems pretty late in the 1989 game to be releasing a video for a song off the album. But, like we said, this is ya girl and ya girl is always welcome at the table. Also, she’s the winner of the Taylor Swift Award for achievements in being Taylor Swift, so…

Today Swift released a video for the propulsive “New Romantics composed almost entirely of on-stage concert footage from the 1989 tour with a few moments of backstage love, costume changes, and hugs. Over the music, Swift tells the tale of the tour and how it (and the fans who saw it) totally, totally changed her life. It’s a pretty, shiny bauble for all those people out there who love her (like you), and we’re not going to show it to you. But not because we don't want to.

Apple and Swift have partnered up to make this an Apple Music exclusive, so without a subscription, you’re somewhat out of luck here. At least, we can offer you this link to the video here. Enjoy, if you can.