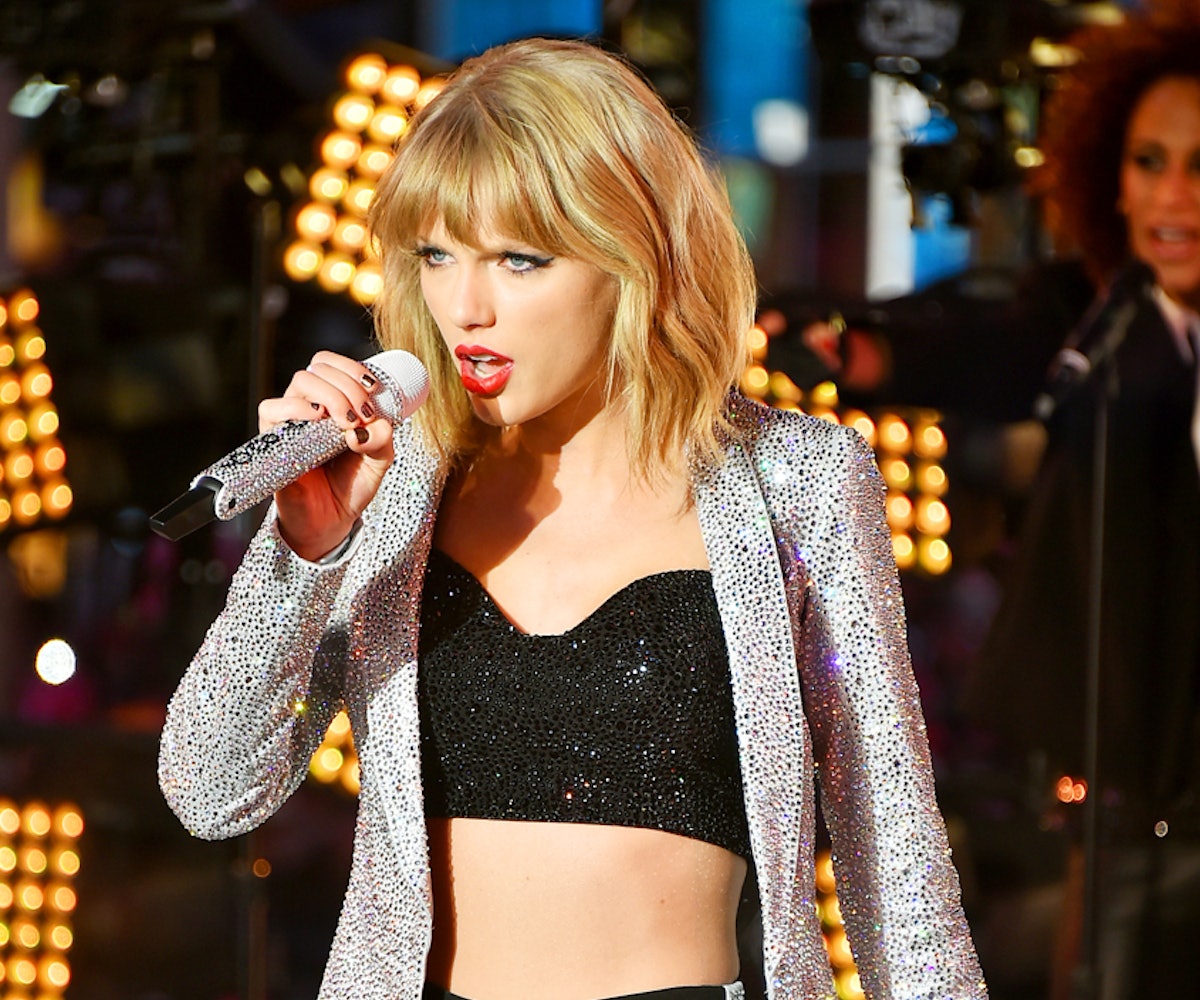 It feels like not a day goes by where we don't get some news about Taylor Swift. So, because today is a day, here is some news about Taylor Swift. The dominant pop star of the moment is showing us exactly how she got to where she is (the very top) by trademarking certain lyrics from her album 1989. The most well known one is "This Sick Beat," from the rapped bridge of "Shake It Off." Others include "Party Like It's 1989" and "Nice to Meet You. Where You Been?" What this means is that young entrepreneurs can no longer put those phrases on T-shirts, coffee mugs, key chains, diapers, condoms, or anywhere else, really. Doing so would be in direct violation of the law and the Taylor Swift Corporation will see to it that you pay dearly for it.

Some people might think that this is classic Taylor Swift, that behind the totally chill and one-of-us veneer, Swift is actually a strict, uptight, and ruthless businesswoman. Those people would be correct. You don't reach Swift's level of success—in any industry—without being meticulous to the point of obsession. Swift showed that she is determined not to let anyone else profit from her work when she pulled her albums from Spotify, and this is the next phase in that evolution. With album sales no longer being a viable profit stream for artists—because listeners essentially steal their music—merchandising has become an essential source of income. And while Tay Tay isn't exactly starving, she's still claiming what rightfully belongs to her. Greedy? Maybe. Smart? Definitely.