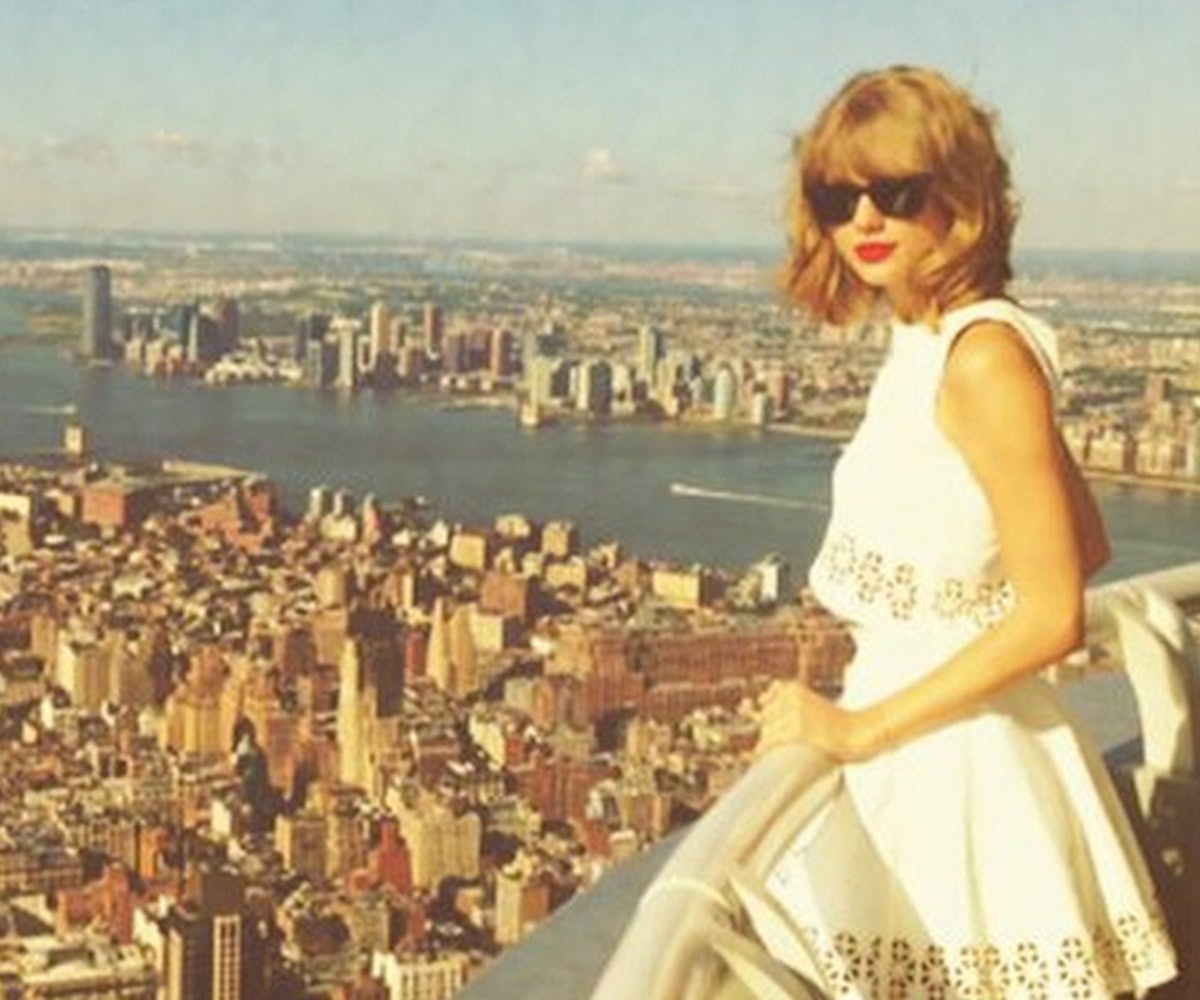 So, okay, some background: I have always been aware of Taylor Swift as this super-sweet darling who has two (really, really good) cats and also says funny things about love and celebrity. I never really listened to her. I know she dated Harry Styles, Jake Gyllenhaal, and a Kennedy, but I haven't given a lick of attention to her musical evolution. Which might be why I really like her new song, "Welcome To New York."

Those listeners who were weened on country Taylor, a Taylor who sang about being bullied and hid not-so-vague allusions to boys in her music might think this new Taylor, this New Yorkified Taylor, has "sold out." (This is an exact quote from the NYLON office.) Here, the staccato synths and stadium pop sound are, indeed, very 1989. The claps and rolling bass might belong to, say, Berlin, Human League, or even their modern equivalent M83, and the only recognizable Taylor element is that unshakably catchy hook. Wide-eyed wonder, expansive soundscape, the feeling of maybe dancing, montage-like, in the streets—these are all elements of the new Taylor Swift. And it is good. Even though Swifties might disagree.