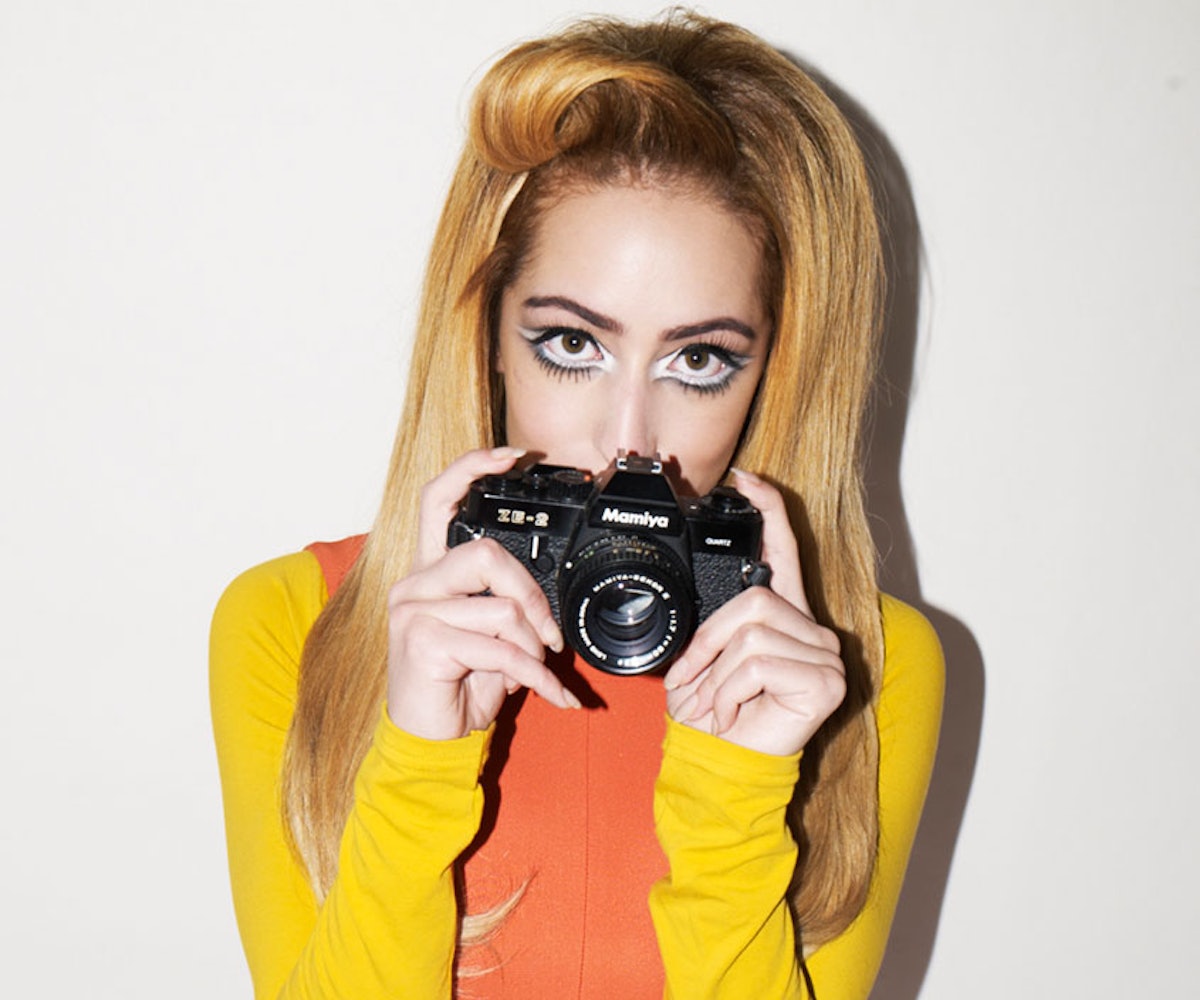 Long, long ago, all you needed to do to create a masterpiece was manifest an ethereal muse, obtain a piece of graphite, and befriend a member of the Medici family. Nowadays, it's a lot easier to express your creativity. With more artistic mediums than ever, and a bevy of tools at your disposal, all you need is an idea and a willingness to experiment with different formats. Using the right gadgets, you can create a pièce de résistance of your own—or at the very least, a good Instagram.

Click through the gallery to see our 10 favorite creativity-boosting gadgets of the moment. As for the muse, you'll have to handle that one yourself.

There's a certain novelty to tangible objects like leather-bound journals and printed photographs, one that inevitably sparks some semblance of creativity. Obviously, the Fujifilm Instax itself incites burgeoning photogs to get creative and carefully frame their shot before pressing "print," but this lens-filter set takes that to a whole other level.

What's cooler than a good photo? One that makes it appear as though you're looking out of the porthole on Steve Zissou's ship in The Life Aquatic, that's what.

When 3D-printing technology was released, we thought it would completely revolutionize the way we build everything, from bracelets to robots. Unfortunately, like many products in their early stages, the machines themselves fell flat from expectations, and, frankly, were much too expensive to justify outside of laboratory use. But 3Doodler, a 3D-printer pen, seems to change all of that. While you may not be able to build a house with it, you can build models, glasses, and whatever else your heart desires, all for the price of $100 and $20 plastic tube packs.

For those who aren't so keen on using their film in one fell swoop, we give you this printer, which, through the magic of WiFi, makes it seem like you took the greatest instant Polaroid of all-time.

If you're looking to step up your instant game, we give you the Lomo'Instant. Like typical Lomography cameras, it comes with a built-in wide-angle lens, which can be switched out for portrait and close-up lenses, and you can use features like multiple exposures and long exposures. Plus, it uses Fujifilm Instax Mini Film, which is easy to find and order.

Whether you're an illustrator, designer, writer, or just someone who likes to doodle, you've probably noticed just how useful a stylus and tablet can be. Instead of toting around a large, heavy sketchbook and half of an art supply store, you can create hundreds of drawings and pages compactly. With 2,048 levels of pressure-sensitivity and fine-point precision, the Jot Mini allows users to create realistic illustrations without sacrificing the appearance you get when using a paintbrush or graphite pencil.

With one quick pull, you can create a panoramic image on 35mm film. Yeah, it's that easy, so you can focus your creative efforts on setting an engaging 360-degree scene.

Whether you're planning your own in-car interview show à la "Carversations" or looking to create the next Blair Witch Project, a GoPro is probably your best bet. Screw on a waterproof case, and you're good to film in the rain or at the ocean floor, and it's seemingly indestructable, so you don't really have to worry about treating it as a delicate object.

Chances are, most of the photos you take on a day-to-day basis are shot on your iPhone. This easy-to-use attachment allows you to create fisheye photos and take wide-lens and macro shots (10x and 15x), so you can create your best digital photos to date.

What better way to add to your next DJ set than to include your own bespoke visual projection?