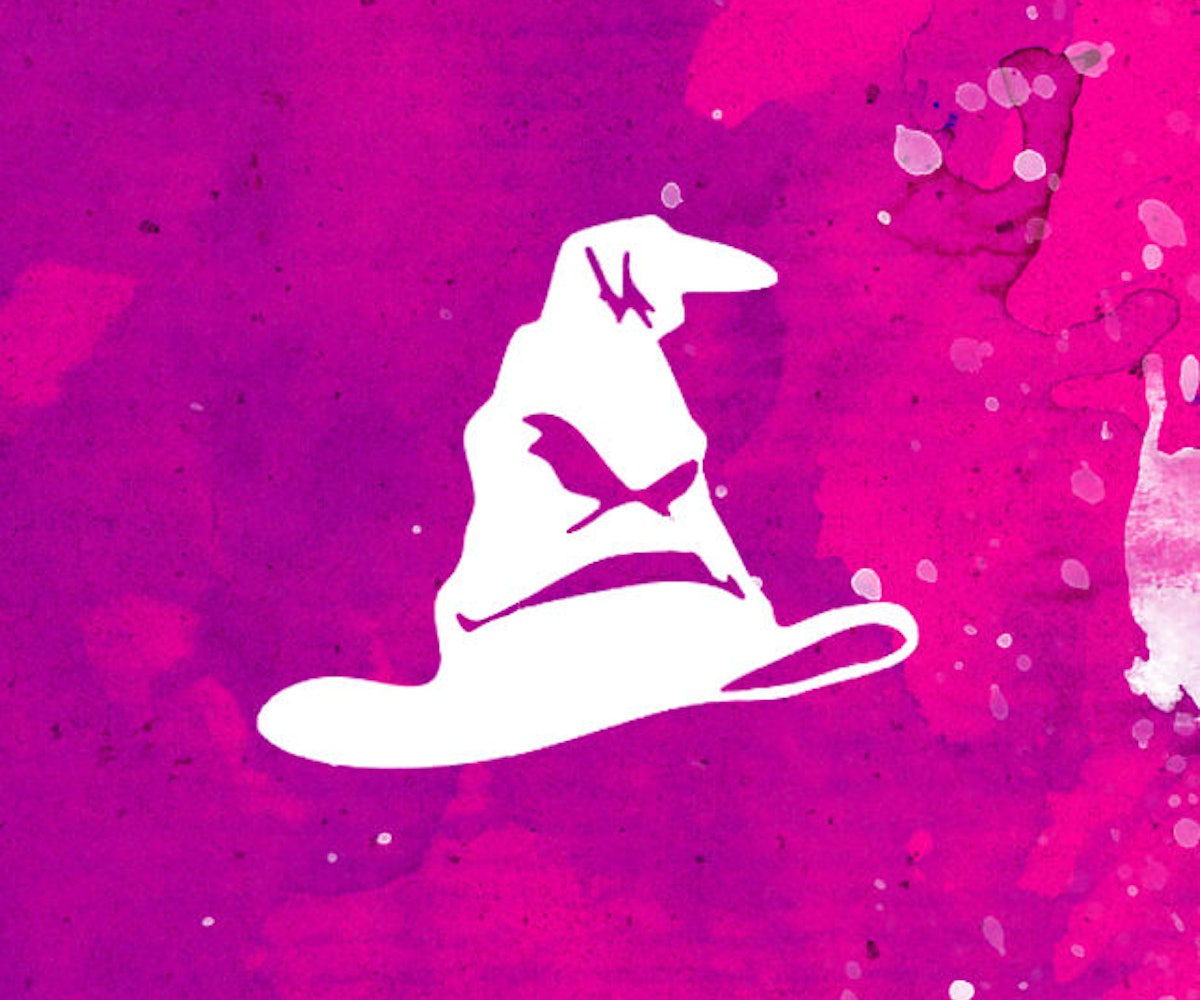 Although modern-day witches don’t fly around on brooms or have to worry about overthrowing Lord Voldemort, there are quite a few parallels between the wizarding world of Harry Potter and today’s witchcraft. Even though we can’t live in a universe where Hagrid and Triwizard Tournaments exist, with a little help from Mrs. J. K. Rowling herself, you can definitely make your life a whole lot witchier. And don’t worry men—witch is a gender-fluid term in the real world. So you can totally be a witch too.

One notable thing that Rowling really nailed is that witches cast spells. Duh. Spells are a directed and intentional manifestation of energy and serve a specific purpose. Just like Hermione knows what every aspect of every spell represents, so should a real witch who’s casting it. Every element of a magical working has specific properties and correspondences. Think: rose quartz, pink, and Friday to conjure love. Working within the parameters of what they want to do, a witch will pick a spell and its proper correspondences to make sure all energy is lined up and working toward the same purpose and goal. Just like Amortentia potion smells different to everyone, each spell feels and works differently for whoever is casting it.

If Professor Sprout taught us anything, it's that herbs are an important part of wizardry. From kitchen witchery and green witchcraft to hereditary witching, herbs play a vital role in many real-life witch practices. So whether you’re growing herbs to use in the kitchen, to find a connection to Mother Earth, or simply to use in a spell, tincture or potion, the world of herbology is full of powers. Similarly to crystals and planets, each herb has its own healing properties too—something else that Harry Potter got right.

No, witches don't use their wands to Wingardium Leviosa those they hate into their air. Nor do they use wands to Lumos for light when sneaking out either. Wands, however, are common tools in many witch arsenals. Whether you create your own from a tree branch or buy one with crystals for each of your chakras, a wand actually is an extension of the witch who uses it. The right wand will help channel energy during spells and cast a wide circle of protection. The old adage that the wand chooses the witch isn't so far off after all.

Magic is most potent when you mean it: You have to believe in what you're doing in order for it to manifest. Remember Harry practicing Expecto Patronum spell over and over again? It wasn't until he literally embodied every good feeling, and believed in what he was doing, that he could stop the Dementors. Witchcraft takes work and practice, and any practitioner will tell you that a combination of work and unwavering faith has the ability to truly make magical things happen.

“Happiness can be found even in the darkest of times, if one only remembers to turn on the light.” Deep and true, Albus Dumbledore. The thing with magic is that it's neither good nor bad, despite what humans tend to label it as. Things come back to you (ahem karma) so work in your own highest favor and don't harm anything, or anyone, in the process. Witchcraft is all about perspective too, and remembering that there's always a silver lining and that through darkness comes light, can help clear the way to manifest miracles. Harry and his crew had been through ish and by living from a place of love they were able to overcome the greatest evils of their world. Let that inspire your own journey.

Besides being major fashion inspiration, Professor Trelawney was probably one of the more obviously “witchy” humans in the Harry Potter series. Although Hermione wasn’t so sure that Trelawney’s prophecies were legit at all (they so were), divination, or the practice of seeing the future by supernatural means, is really common practice among witches. Whether scrying by gazing into a crystal ball and into blackened mirror, or reading a deck of tarot cards, many witches have their preferred method of looking into the unknown. Reading tea leaves is actually a thing too! But here’s the kicker—divination usually reveals more about your own path and journey than it does about the future. Think of it as a map to your consciousness that will help uncover unknown parts of your inner self. Trelawney totally got it.

From Hippogriffs to mermaids and unicorns, one of the most fantastic aspects of Harry’s world is the variety of magical creatures that exist there. It’s easy to think that Hagrid had the best job in the world, hanging out with dragons in the Forbidden Forest, but real witches are in on a secret—the magical creatures are real. The thing is that they don’t exist on our plane of existence. Going under the umbrella term of “faeries,” they exist in what’s known as the astral plane, a dimension of reality outside of our own, accessible through meditation, lucid dreams or trance. It’s necessary to alter your state of consciousness to enter this realm, which is why many of those who’ve had contact with the faerys, or faes, have done so intentionally. And although it’s possible for the veil between the realms to blur, like on Halloween, solstice and during an equinox, and for faes to appear in our world, it's not that common.

Working with and honoring the spirits of those who’ve passed and paved the afterlife way, is a real thing that witches do! Halloween, or Samhain for our Wiccan peeps, is the day during which the veil is thinnest between this world and the next one. With that come the spirits, ghosts, and general spookiness. Altars are erected to honor the souls and witches often communicate with those on the other side. The idea that the soul lives on long after the body is one that many witches agree on. And even though many of our ghost friends are not nearly headless or searching for their lost diadem, the fact that they deserve our love and respect, and more importantly companionship, is another nail hit on the head by Rowling.

Everyone has a special item that carries significance and has power to him or her, regardless if the human carrying this object is a witch. But witches take this to the next level by creating talismans to wear. Said to protect the wearer from harm, and often used as an aid for good luck, talismans come in many shapes and forms. Just remember when Xenophilius Lovegood is seen wearing a necklace with the Deathly Hallows symbol on it. Horcruxes are like the fictional older brother of talismans concocted by Rowling to prove a point—words, intentions, actions, and objects all carry meaning. It’s up to the witch to make sure each item serves him or her accordingly.

One of the many (many, many, MANY) reasons that the Harry Potter series resonates so deeply with people is because of the incredible friendships that Harry, Hermione, Ron and the gang form. There is an abundance of love and faith, and even though everyone doesn’t get along all the time, the understanding that friends are the family you pick is there. Witches can practice in groups, known as covens, or work by themselves, as solitary. But there’s a theme that’s seen in witchcraft and Harry Potter alike; the good times, the bad times, and the in-between are all best celebrated with those you care about. Having your clique, both spiritually and emotionally, is an important aspect of any work, especially if it's to do with magic. Surrounding yourself with a community or even just a couple of humans, who truly get you, really helps you make the most of your magical practice and that’s something that Rowling so brilliantly showcased.