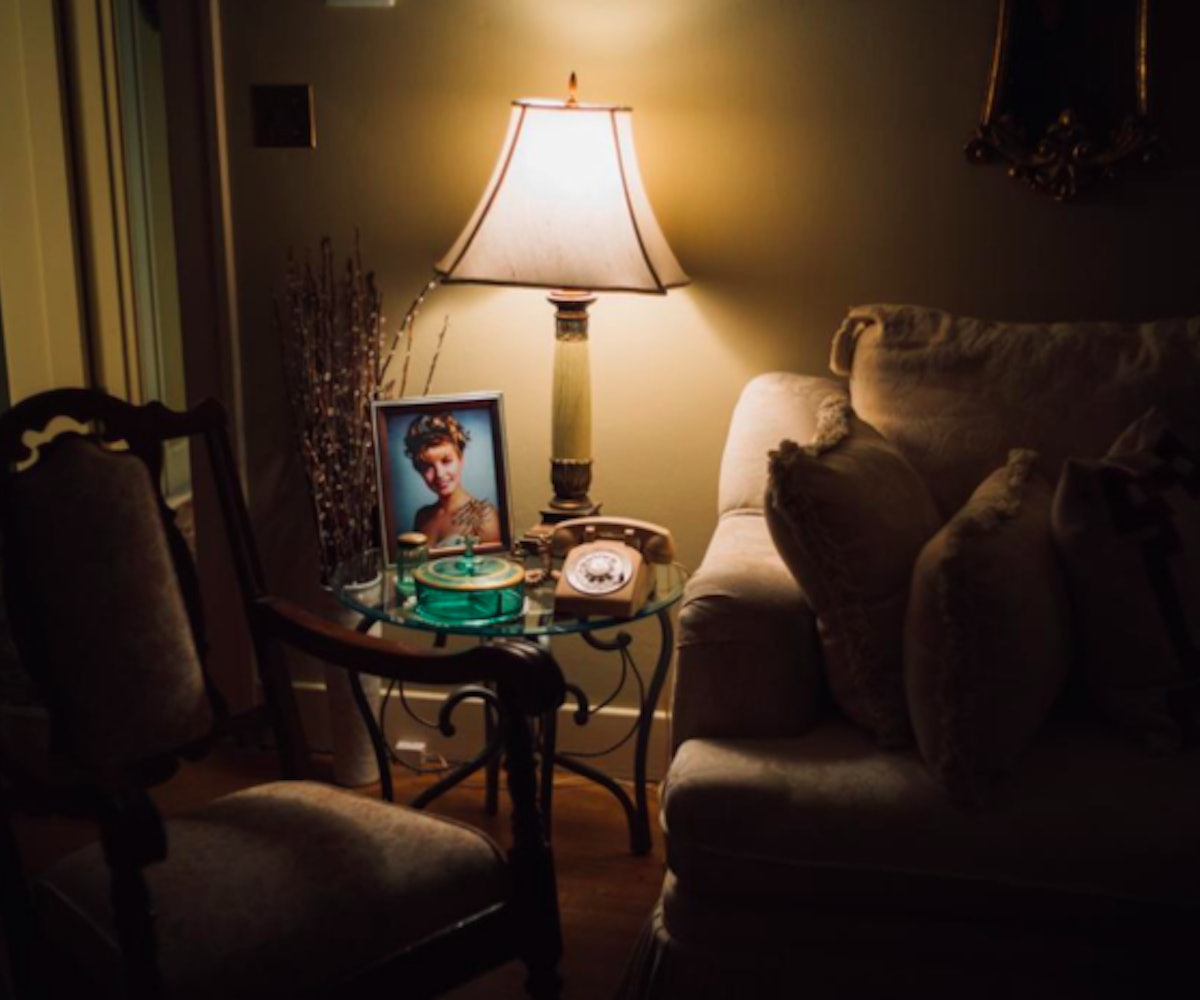 Sometimes David Lynch’s best ideas come about out of necessity. In episode 17 of the new Twin Peaks, there is a wondrous moment where the reawakened Agent Cooper (Kyle MacLachlan) finds himself teleported into a scene from Lynch’s prequel feature, Twin Peaks: Fire Walk with Me (1992). He watches Laura Palmer (Sheryl Lee) on the last night of her life. She is at a fever pitch of emotion, self-destructive and doomed, but Cooper feels that he can save her. They make eye contact, and he extends his hand to her, so that past and present meet. We have 2017 Kyle MacLachlan reaching out to 1992 Sheryl Lee, and Laura remembers Agent Cooper because she had a dream about him.

Lynch goes back to footage from the 1990 pilot episode of Twin Peaks when Laura’s dead body was found wrapped in plastic, and Lynch makes her corpse disappear, wiping it out. We see Pete Martell (Jack Nance) go out to fish, and this time, he doesn’t discover Laura’s body. Lynch cuts back to Cooper and Laura walking in the forest together. He keeps them in shadow, which is a reminder that he really can’t go further with this concept because time has passed since 1990 and 1992. MacLachlan looks older and so does Lee, and neither of them can go back to what they were 25 years ago for the camera. And so Laura disappears, and all we hear is her scream as Cooper stares at the woods around him. Even that scream is going to eventually fade.

Cooper started to wake up from his existence as Dougie Jones when he saw a little bit of Sunset Boulevard (1950) on television where faded silent film star Norma Desmond (Gloria Swanson) mentions the name Gordon Cole, which is the name of Lynch’s FBI character. Norma Desmond herself is unstuck in time, waiting in her isolated mansion—her own version of the Red Room—for a chance to return to work as a movie star. But decades have passed, which Norma refuses to notice. And Cooper himself is in that same predicament, which is very sad on one level, but also increasingly scary on another.

Cooper sees himself as a force of good in the world, and he feels that he can save Laura Palmer. But there is so much evil around, that it cannot be vanquished without more evil turning up elsewhere in some other place. Evil for Lynch is often based around the sexual abuse of women, from Laura Palmer herself to Diane (Laura Dern), who seems to have been raped by the evil version of Cooper, to poor Audrey Horne (Sherilyn Fenn), who was also raped by the evil Cooper while in a coma that she seems stuck in forever.

In episode 16, Audrey was expected to dance to the music that she had loved in the first season all those years ago. When she had danced to this music as a girl, it came from a spirit of youthful “look at me” exuberance. But as an older woman trapped in a nightmare, Audrey dances because she has been ordered to, and she does it cautiously, with only a hint of her old defiance.

In one of the most emotionally charged but also bewildering scenes in the last episode, Cooper makes love with Diane while “My Prayer” by The Platters plays on the soundtrack. They seem very separate finally, because Diane detaches and covers Cooper’s face with her hands as she stares up at the ceiling in an anguish that feels very obscure but still very real. “My Prayer” was recorded in 1956 when Lynch was 10 years old. The Platters had five members then, and one of them was named David Lynch.

Such shivery connections are crucial to the ending of this new Twin Peaks. Cooper goes to a diner and defends a waitress from the abuse of three thugs with guns; he disarms them and puts their weapons in a deep fat fryer, an image that has a potent but hard-to-explain charge. (We might remember from past episodes that the sociopathic hit woman Chantal {Jennifer Jason Leigh} loves junk food.) Cooper gets the address of another waitress who works at the diner, and she turns out to be a woman named Carrie Page. This hard-bitten, middle-aged woman is played by Sheryl Lee.

Is Carrie Page somehow a version of Laura Palmer, just as the cheerful Betty is a version of the embittered Diane Selwyn in Lynch’s Mulholland Drive (2001)? Carrie is guarded and has a Southern accent. She is fine with getting out of town with Cooper and going up to Twin Peaks, and Cooper finds out why when he sees a male corpse with a bullet wound to the head in Carrie’s living room. They take a long drive at night, and Carrie wonders if they are being followed. She talks drowsily and cryptically about the disappointments of her life.

Cooper wants to take Carrie/Laura to the old Palmer house, where her mother, Sarah (Grace Zabriskie), still lives. But the last time we see Sarah Palmer, she is smashing Laura’s framed photo. And when Cooper and Carrie/Laura go up to the house and he knocks on the door, another woman greets them. She is middle-aged and has long blonde hair, and she says her name is Alice Tremond. She does not remember Sarah. As Carrie stands at the door, she seems to remember being Laura, or she seems to want to remember. Cooper and Carrie walk away from the house. “What year is this?” he asks. The lights go out in the house, and then Carrie becomes Laura enough to be able to scream in horror.

It turns out that the woman who plays Alice Tremond is not an actress. Her name is Mary Reber, and she is the actual owner of the house at 708 33rd Street in Everett, Washington, where Lynch shot the exteriors for the Palmer residence for the original show. And so this is way beyond different time lines and doppelgangers. When Cooper and Carrie/Laura go up to that house, they are not greeted by Sarah Palmer, but by the real woman who owns the real house, in real life. (If we can even trust that to be real.) It’s one final bit of dislocation from Lynch, one final reveal of nothingness, his masterstroke, and the end to what might be his existential masterpiece.