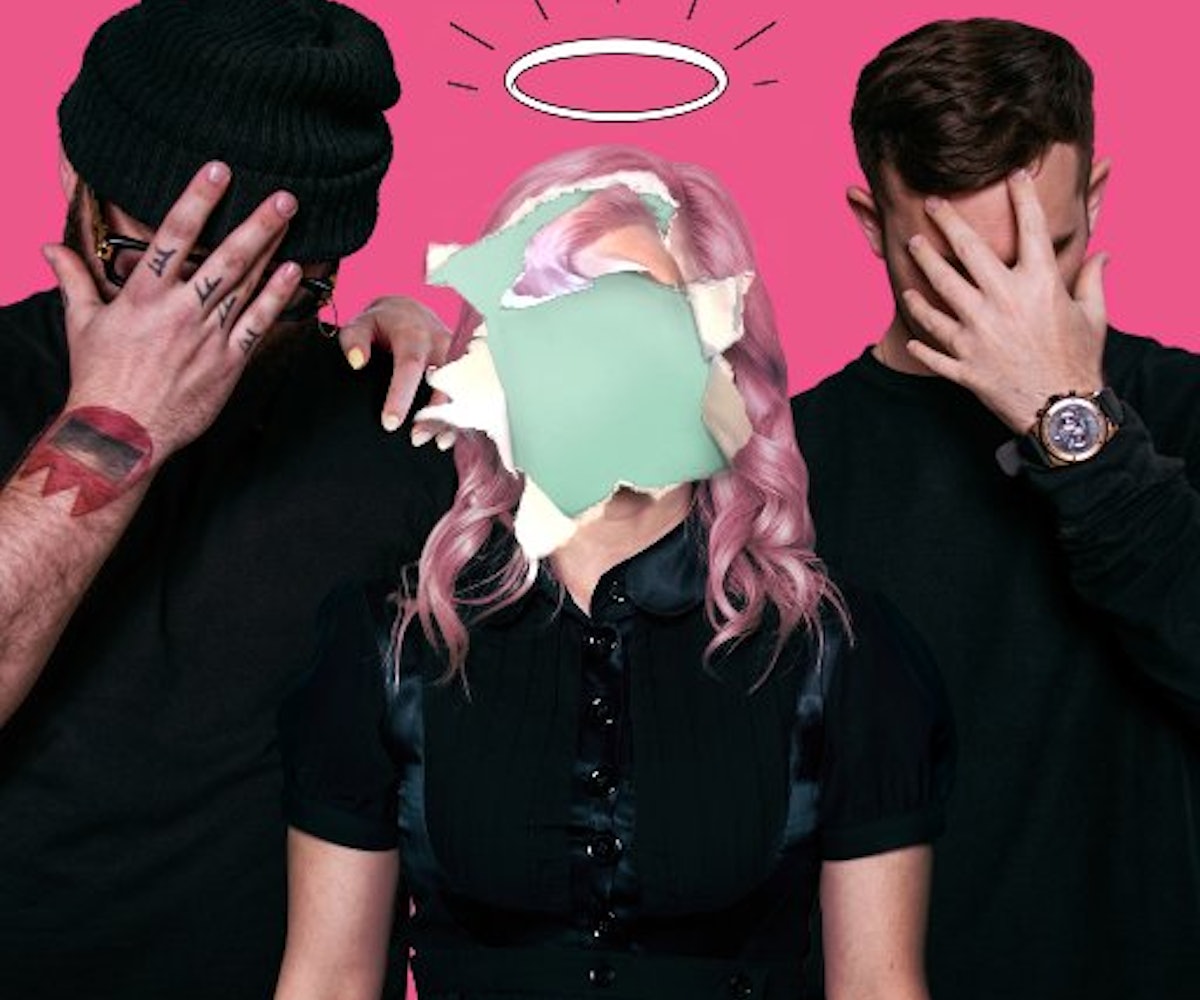 By now, you should already be addicted to Terror Jr. Personally, we experience withdrawal every time they drop a single because you never know how long the wait for the next track is going to be. Thankfully, the trio released a new song today, titled "Caramel," that picks up where "Heartbreaks" left off and even takes things to the next level.

Terror Jr has never been one to sugarcoat their messages (or drug references), and the lyrics for this tune are very NSFW as Lisa Terror compares her nether region to the Holy Spirit. However, the most striking lines have to be "If you really care about another man sucking dick then you might be gay bitch" and "If my skin was any darker they'd be spillin' my blood."

In the era of "purposeful pop," Terror Jr is firing all of their shots. As dark as this track seems on the surface, it's really about having the courage to be your true self. Lisa Terror told THUMP that the track was "a reaction to a surreal world in 2017" and calls out "counterfeit people with counterfeit morals." Who said that pop music had to be restricted to the stale flavor of bubblegum?

Still no word on when Bop City 2 is coming, but, at least, the grapes in this batch are fresh. Savor the taste of this yummy track, below.