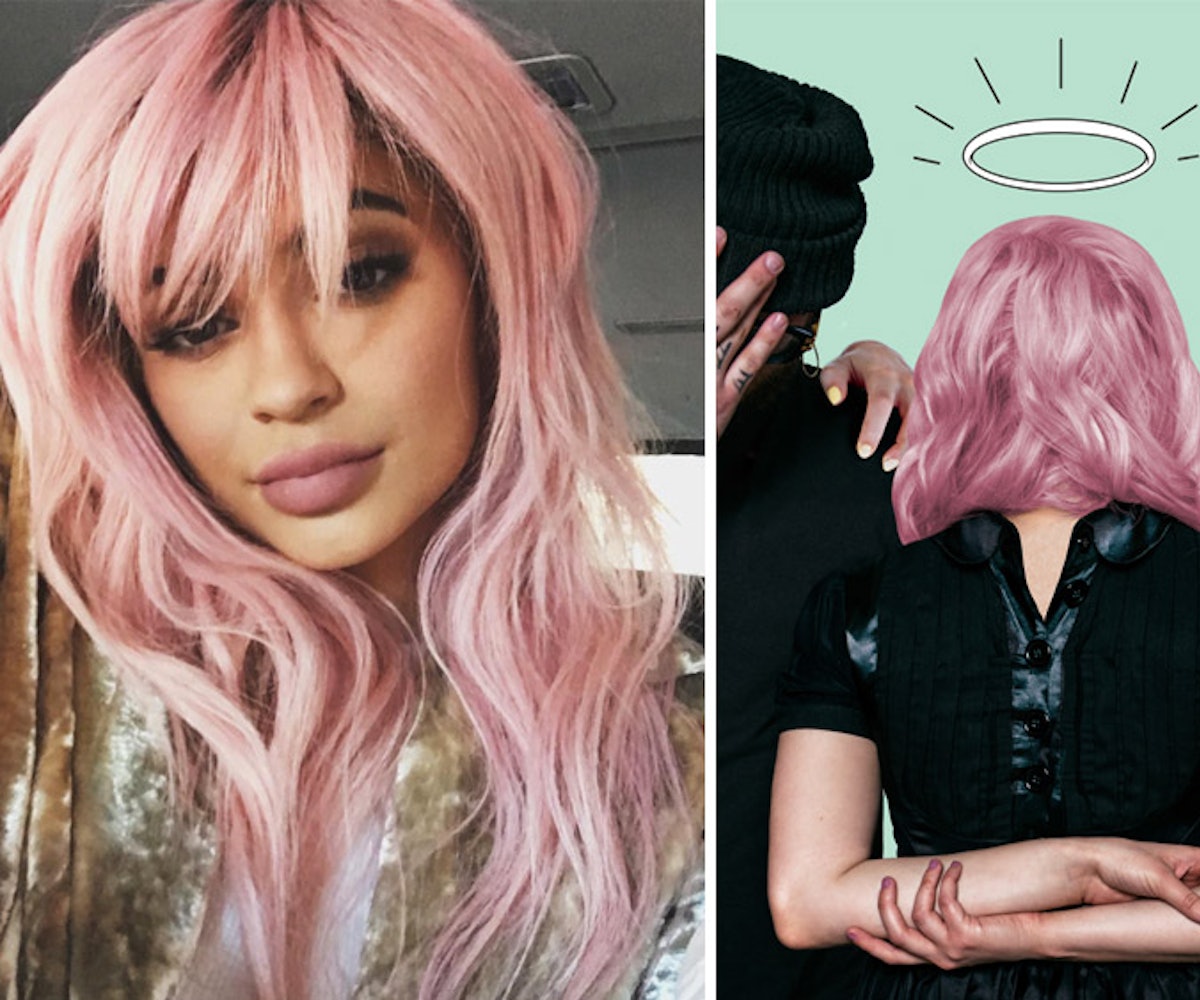 Let's be real: The real terror of Terror Jr is not knowing who their lead singer is. It is truly one of 2016's great mysteries. (Uncertainty is, after all, the bane of existence.) Today, however, the veil has been lifted. Maybe.

Twitter user Tyler Minear did some sleuthing and discovered that the American Society of Composers, Authors and Publishers (ASCAP) has Kylie Jenner listed as the performer on Terror Jr's debut single, "3 Strikes." Many speculated Jenner was the person behind the pitched-up voice when "3 Strikes" premiered during the ad-slash-music video for her then brand-new Kylie Cosmetics lip gloss collection. To this day, Terror Jr still only follows one person on Instagram and Twitter: Jenner. Coincidence? Who's to say? It could all be an elaborate scheme to troll us—but a fun one, nonetheless.

Of course, Lisa Terror, the enigmatic name Terror Jr has used when referring to their vocalist, could very well be Lisa Vitale. She's only listed as a writer on "3 Strikes," though. But, listen to her acoustic cover of Radiohead's "Creep," and you'll hear many similarities between Vitale's un-autotuned voice and Terror's distorted one. Coincidence? Who knows!

If 2016 is, as Kylie Jenner prophesized in January, the year of realizing things, then we've still got some realizing to do. We've reached out to Terror Jr to advise and will update this post accordingly. Until then, get into Bop City, Terror Jr's new EP, because at the end of the day, it doesn't matter if Jenner is the singer; the music is already extraordinary.