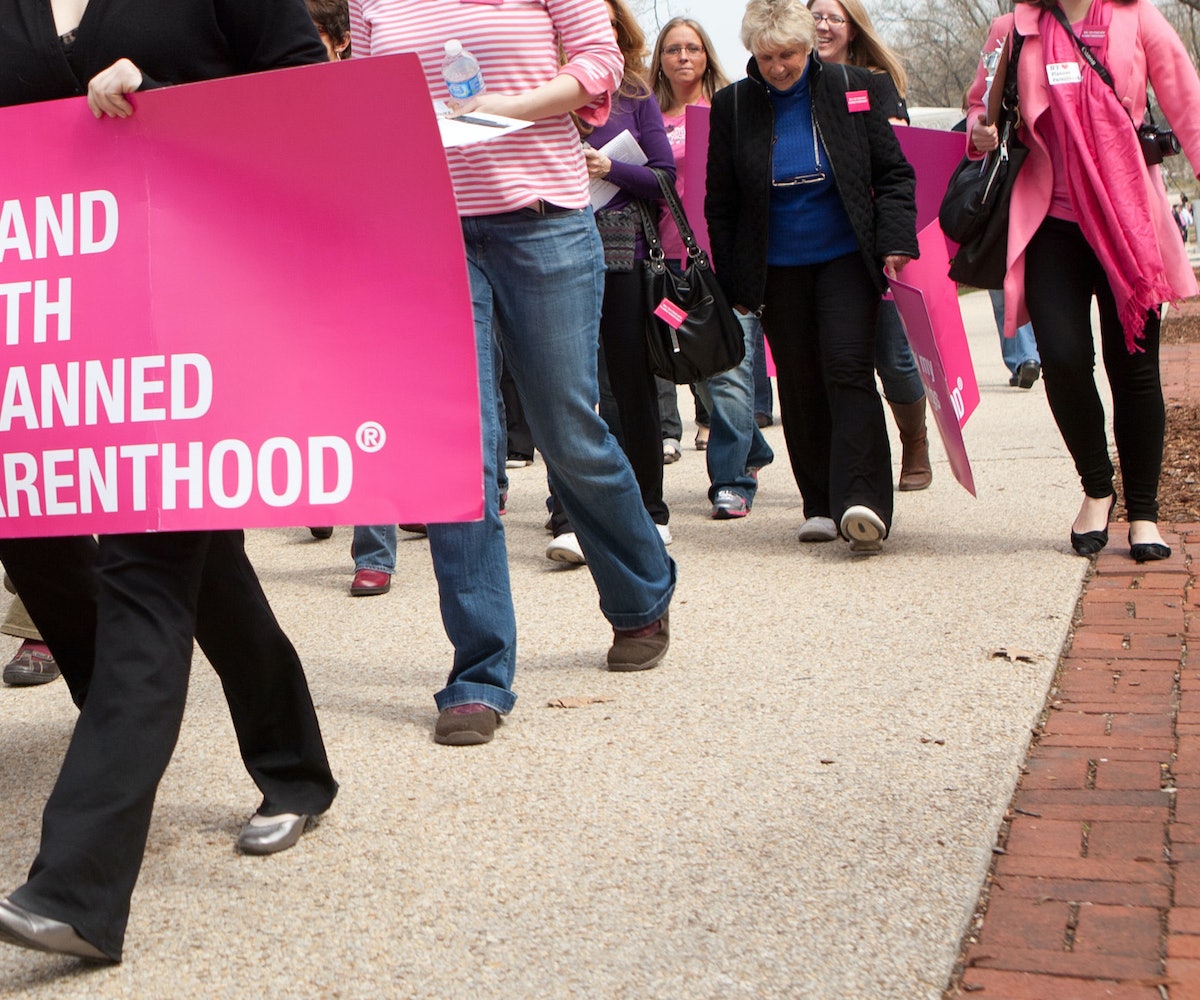 On the heels of cutting Planned Parenthood's contracts with Medicaid on the basis of highly fictionalized videos edited by anti-abortion advocates, Texas authorities are demanding patient and personnel information from several of the state's Planned Parenthood locations. Officials arrived at offices in San Antonio, Houston, Brownsville, and Dallas with subpoenas for billing and donation records, Medicaid records of all patients who chose to donate fetal tissue in the last five years, and reportedly, the home addresses of Planned Parenthood employees.

The donation of fetal tissue is legal—Planned Parenthood sends the tissue out for testing and scientific research, and does not profit from any exchange—so it is unclear just what Texas officials plan to do with the requested information. But some think that the raids are a way to justify Texas's recent termination of its Medicaid contracts with Planned Parenthood. They could be a way to make citizens believe that the organization is doing something illegal, when really, it is acting according to the law.

"We will make every effort to comply with the state's request but see this is an excuse to take health care away from thousands of women and men who rely on Planned Parenthood for preventive care," said Ken Lambrecht, CEO of Planned Parenthood of Greater Texas, in a statement to Mother Jones. "We comply with all state laws and regulations. Protecting the confidentiality of our patients and employees is paramount. We will do everything we can to ensure their confidentiality as we cooperate with the state's request."

It remains unclear exactly what will happen once authorities receive the requested information. But still, Planned Parenthood remains open in the state to provide health care, screenings, treatments, and more despite government scrutiny. "Please know this: Planned Parenthood complies with all state laws and regulations," Kelly Hart, a spokeswoman with Planned Parenthood of Greater Texas, said in a news conference yesterday. "Protecting the confidentiality of our patients and employees is paramount. We will do everything that we can to ensure their confidentiality, even while we cooperate with the state's request."