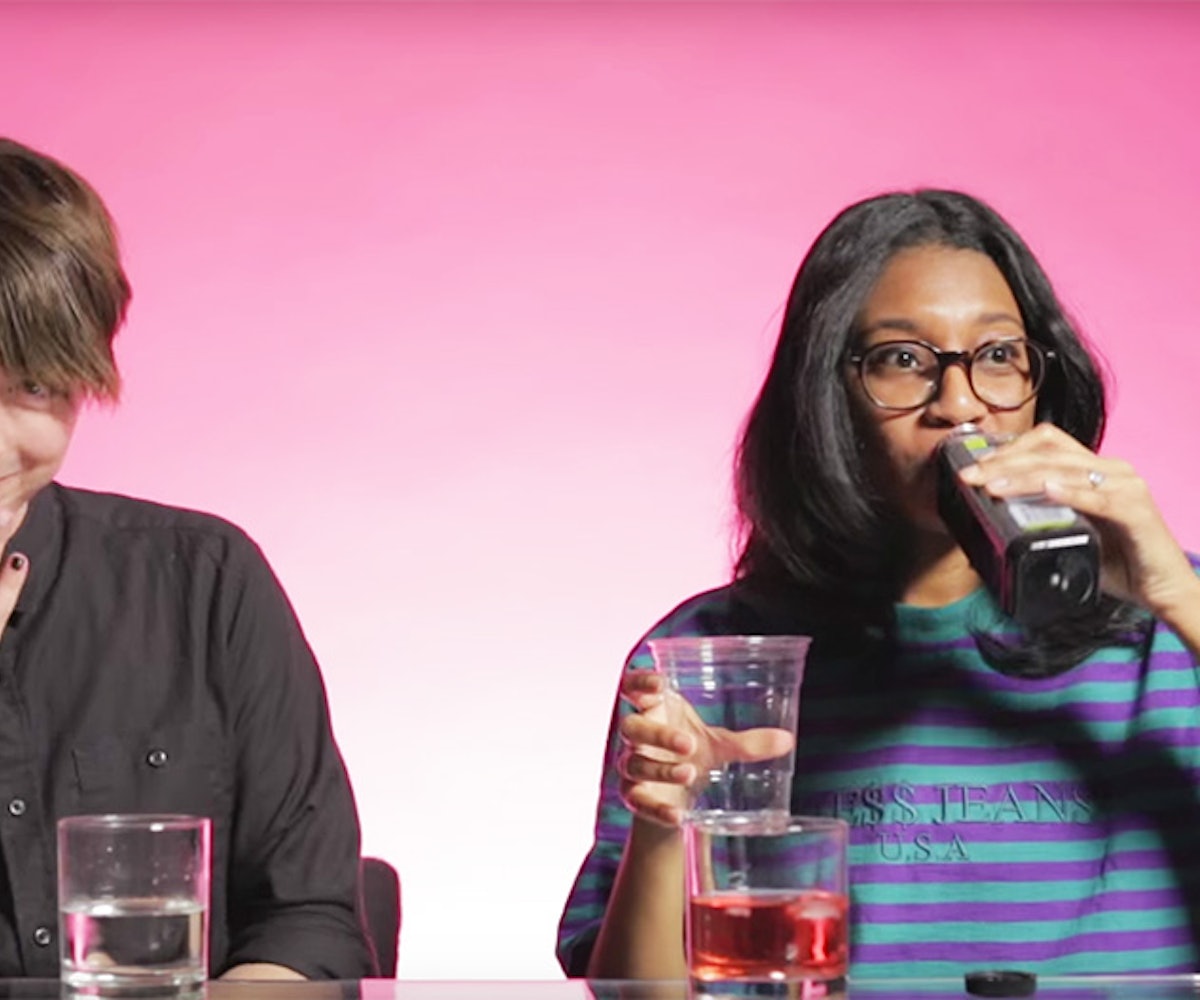 The 1975 released their gargantuan sophomore album, I Like It When You Sleep, for You Are So Beautiful Yet So Unaware of It, last Friday. With 17-tracks deep, it's a listening endeavor almost unheard of in today's music scene. However, fans of the Manchester foursome won't think anything of it. They've waited three years for new stuff. The thirst for new material is real. The thirst for a good time is also real. So we pulled two of our office's biggest fans, sat them in front of a 1975 pink seamless, gave them a drinking game inspired by the album, some Belvedere, and quenched their thirsts. What happened after that is an exercise in endurance, fandom, and the art of thriving. (Who doesn't like watching two people get a little—okay, maybe very—tipsy?) A brilliant album deserves an equally brilliant time. And bloody hell, was it ever.

I Like It When You Sleep, for You Are So Beautiful Yet So Unaware of It, is available now via Dirty Hit Records.