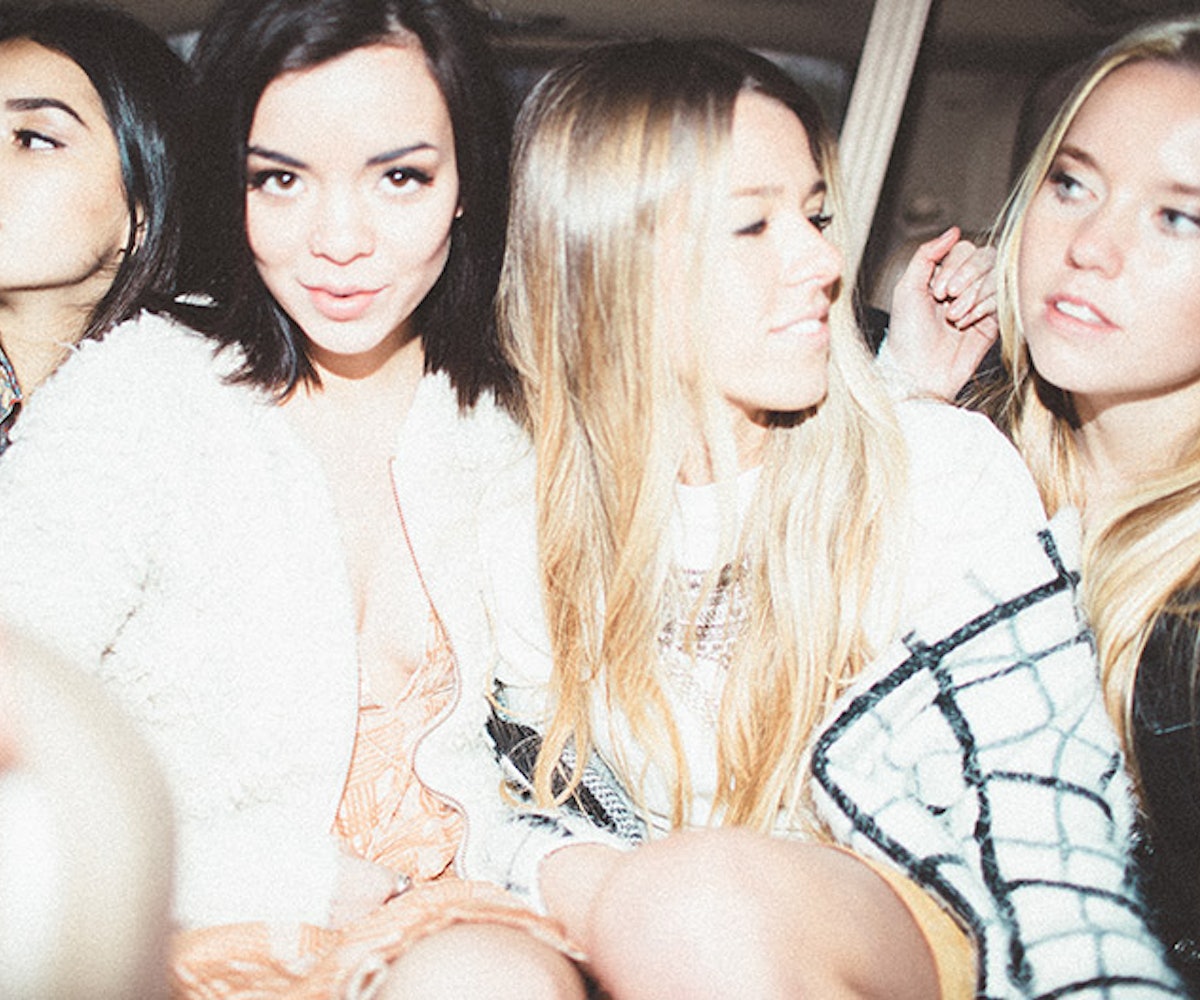 If John Hughes made a movie today with Sofia Coppola, surely The Aces would be leading its soundtrack. Hailing from Utah, The Aces are all girl, all rock, with just the right amount of pop to keep things cheeky. "Stuck" is their debut single.

Right off the bat, "Stuck" bops to a bouncing guitar line that tips a hat to West Coast cool, brimming with youthful wonder. There's nostalgia packed into "Stuck," too. It sounds like your ideal prom night song: easy to sway to, easy to dance with another to. It has all the markings of a stellar debut: catchy without being an earworm and a refreshingly different sound from the often cookie-cutter hits that dominate the charts. It's a debut akin to The 1975's, and hey, look where those boys are now. But, more importantly, and with all comparisons aside, it's fun—unpretentious, dreamy fun. And that's all you can really ask for in a debut. It's only up from here.