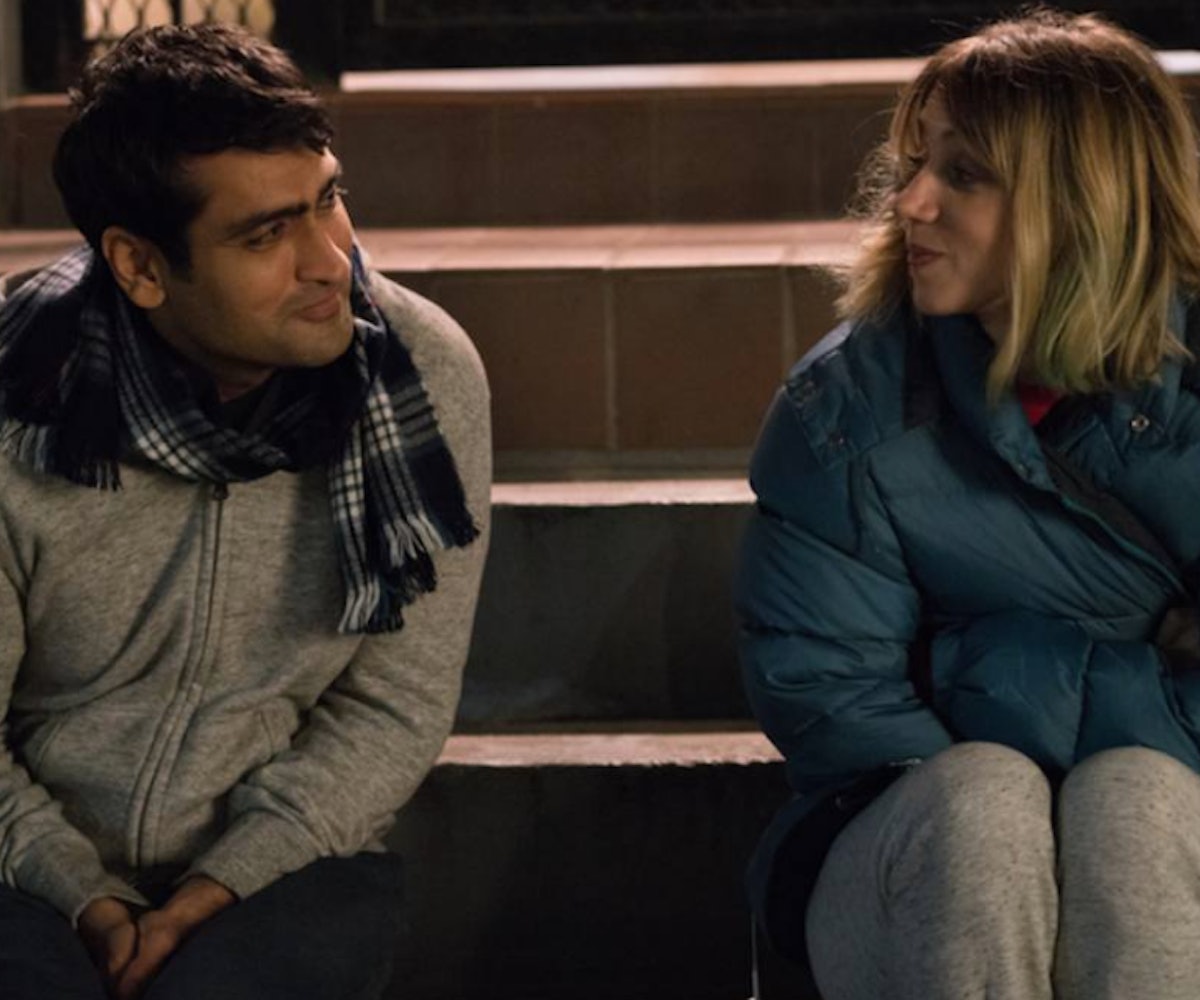 Romantic comedies, as a film genre, are pretty familiar territory by now: boy meets girl, boy loses girl, boy gets girl back, boy and girl live happily ever after. (Why, yes, this genre is still wildly heteronormative.) And while "formulaic" isn't usually a positive word when it comes to art, rom-coms are different because much of their appeal exists in this well-known shorthand, and in their reassurance that, no matter how dire a situation might seem, it will all turn out okay in the end. The trick then, to a successful rom-com, is not necessarily in subverting the formula, but rather in working within its constraints. A successful rom-com stands as a direct counter to Tolstoy, in its quest to prove that all happy relationships aren't alike and that it is in their differences, their myriad routes to happiness, where the beauty—and the love—really exists. The Big Sick does just that, perhaps better than any other film in recent memory.

Written by Kumail Nanjiani and Emily V. Gordon, The Big Sick is that rare romantic comedy that delivers both romance and comedy but goes beyond those elements to deliver much more, including a compassionate study of familial bonds and an intimate look at immigrants' struggle to maintain their cultural identity in a new country. The film is based on the real-life love story of the now-married Nanjiani and Gordon and centers around Kumail (played by Nanjiani), a struggling stand-up comic who moonlights as an Uber driver, and Emily (played by Zoe Kazan), a grad student and fan of gently heckling stand-up comics. Kumail and Emily meet cute, fall for each other, and are soon in the kind of relationship where the next natural step is meeting the other person's parents. That's easier said than done, however, because Kumail's parents are fully expecting him to marry a Pakistani woman and take every opportunity to introduce him to several eligible candidates, all of whom present Kumail with a resume and headshot, which Kumail stores in a cigar box in his bedroom. (Remember: When you introduce a cigar box in the first act, it's only a matter of time before that box gets opened.) When Emily confronts the fact that the two might not have a future together because of their cultural differences, the two break up.

Of course, a breakup is never the end of the story in a rom-com, and Kumail is brought back to Emily's side when she falls severely ill and must be put into a medically induced coma; from there, he meets and gets to know intimately Emily's parents (played excellently by Ray Romano and Holly Hunter), and begins the journey toward realizing that he must pursue what he wants from life, not what his parents think he should have. It's hardly a spoiler to reveal that Kumail and Emily end up together (it is, after all, based on the real-life relationship of Nanjiani and Gordon), but the end to any romantic comedy is almost never really in question anyway, is it? Other than rare (and often great!) aberrations like My Best Friend's Wedding, boy and girl always wind up together—happy endings are a given.

The Big Sick stands out, though, for not only the way in which it achieves its happy ending, complete with narrative branches into topics like Islamophobia and what makes a powerful one-man show but also for the myriad secondary and tertiary characters introduced, none of whom are mere caricatures, a rare feat in rom-coms. Indeed, in most rom-coms, the comic relief to the romance at the center of everything is usually provided by the surrounding cast, making most of these additional characters not much more than one dimensional. In The Big Sick, those characters have been finely penciled in, giving their experiences and their stories nuance and intelligence.

Nowhere is this more true than with the seemingly endless parade of Pakistani women with whom Kumail is presented. Rather than simply serving as foils for Emily, targets for jokes at their own expense, these women are presented as witty, smart, compelling. There is no doubt that their lives do not begin and end with their interactions with Kumail; they have stories of their own, lives worth sharing. The empathy with which everyone in the film is treated, even when they behave in ways other than how we'd maybe behave ourselves, or want people in our lives to act, is actually a remarkable act in a genre which often treats everyone other than the protagonists as mere facilitators for the central love story. This, then, is what makes The Big Sick so brilliant, not for the way it recounts a love story, but for the way it recounts every story around it, too. The film grants a dignity and grace to all of its characters, not just the ones at its middle; this allows its message of love to radiate outward, encompassing more than just Kumail and Emily, extending to their families and friends beyond, and to all of us watching their story unfold.