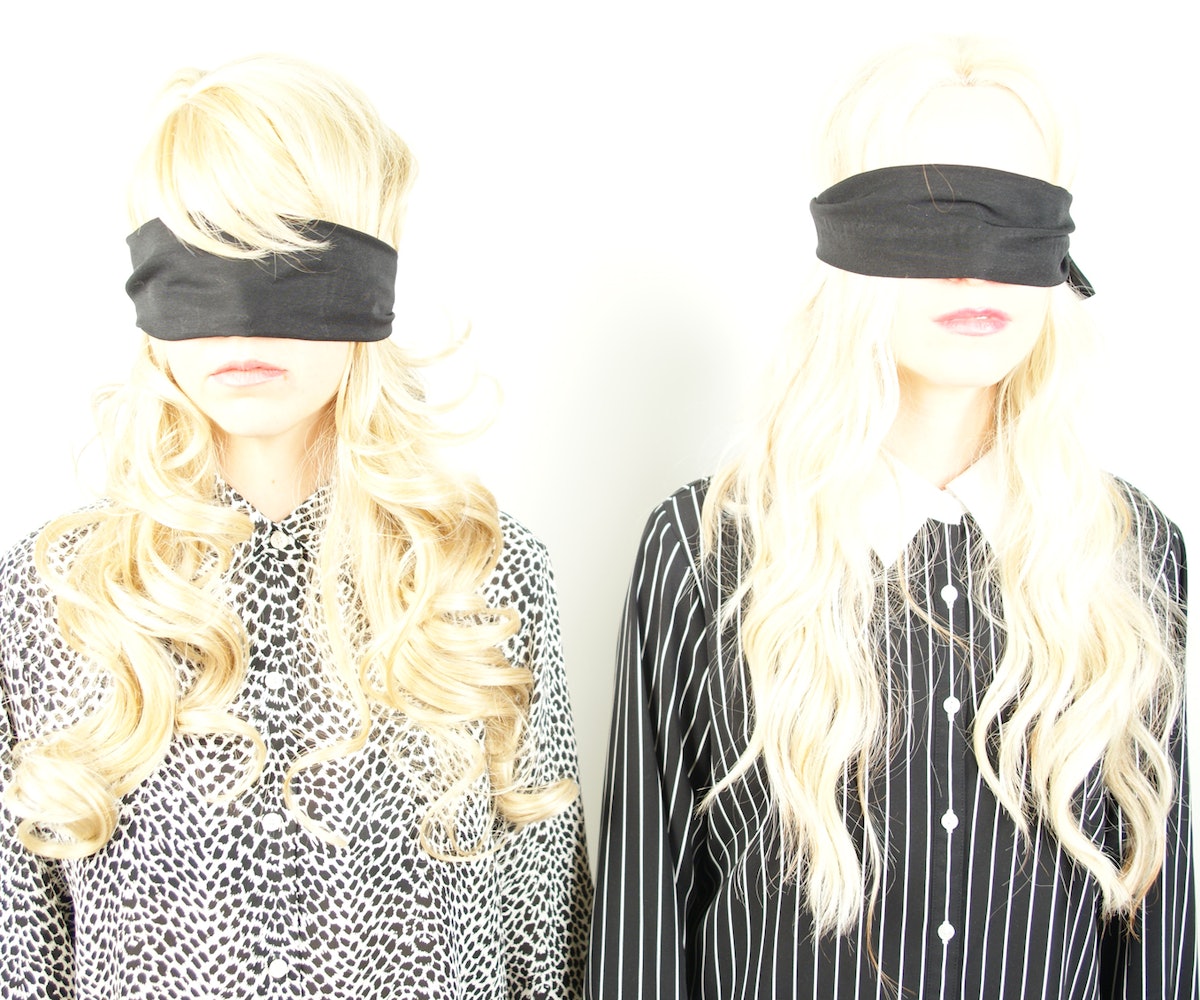 If you've ever visited Savannah, you know the mix of beauty and eeriness that fills the southern city; it's like one alluring gothic story brought to life.

Which is also a good way to describe the Savannah three-piece The Casket Girls. Comprised of sisters Phaedra and Elsa Greene and "electronic sound-shaper" Ryan Graveface (who reportedly met the duo under a tree in the middle of the city), they first caught our attention in 2012 with the dreamy, spine-tingling music on their debut album. Think '60s girl group, if they wore all-black and performed at seances.

It's a sound that continues with their upcoming sophomore album, True Love Kills The Fairy Tale (out February 11 on Graveface Records). Need proof? Look no further than "Same Side," a track that, despite being filled with ominous lyrics, bleeps, and organ notes, is at its core a perfect little pop gem. Not even lines about swallowing a moth can stop "Same Side" from being instantly catchy.

Listen to our exclusive premiere below--as a bonus,we've got a free download as well, since we're pretty certain that you'll want to play it on repeat (yes, it's black lipstick optional).