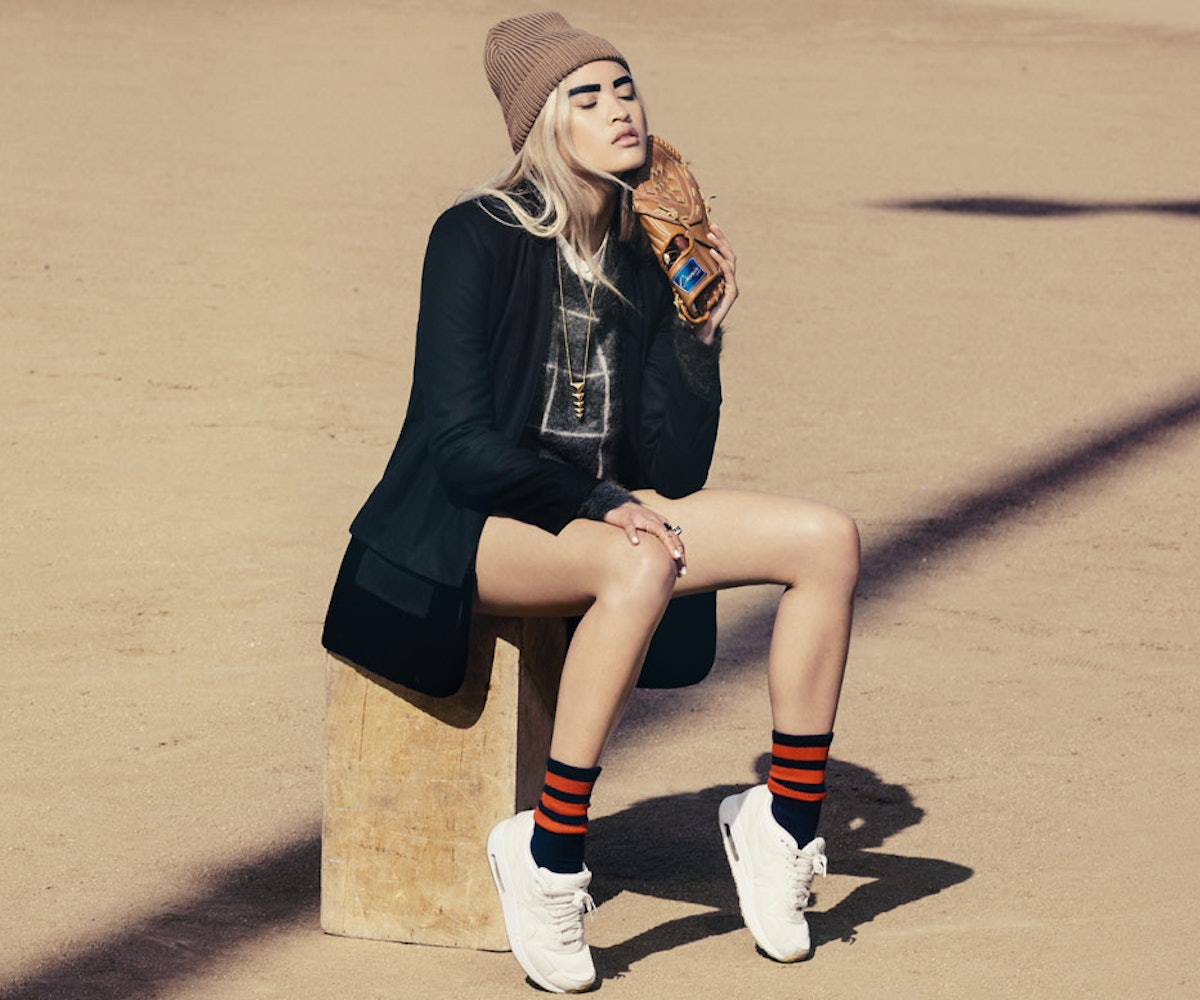 For his latest film, Burton chronicles the true story of Margaret Keane (played by Amy Adams), the pop artist behind the '60s big-eyed paintings, and her husband Walter Keane (played by Christoph Waltz), who stole credit for his wife's paintings. It's clearly more realistic than Burton's previous works, but somehow just as intriguing. Watch the trailer below.

The Look: Badass Under the Bleachers

You know that quintessential "under the bleachers" badass in every dated high school film? Well, Lust Covet Desire's fall 2014 lookbook photographed by Olivia Malone, aptly titled "Field of Dreams," gives you a bit of insight to what that girl would be doing after the baseball diamond clears out: Put on a power brow, chunky platform ankle boots, tube socks, and some stellar clothes and dominate the pitcher's mound. Bonus: The lookbook is 100% shoppable.

It's Friday!! And what better way to celebrate than this awesome GIF of some '90s kid rocking out at his computer in his stunna shades?

This song was originally created for Saint Laurent's runway + it's by Cherry Glazerr. If that's not enough of a reason to listen, I don't know what is.

The Look: Badass Under the Bleachers