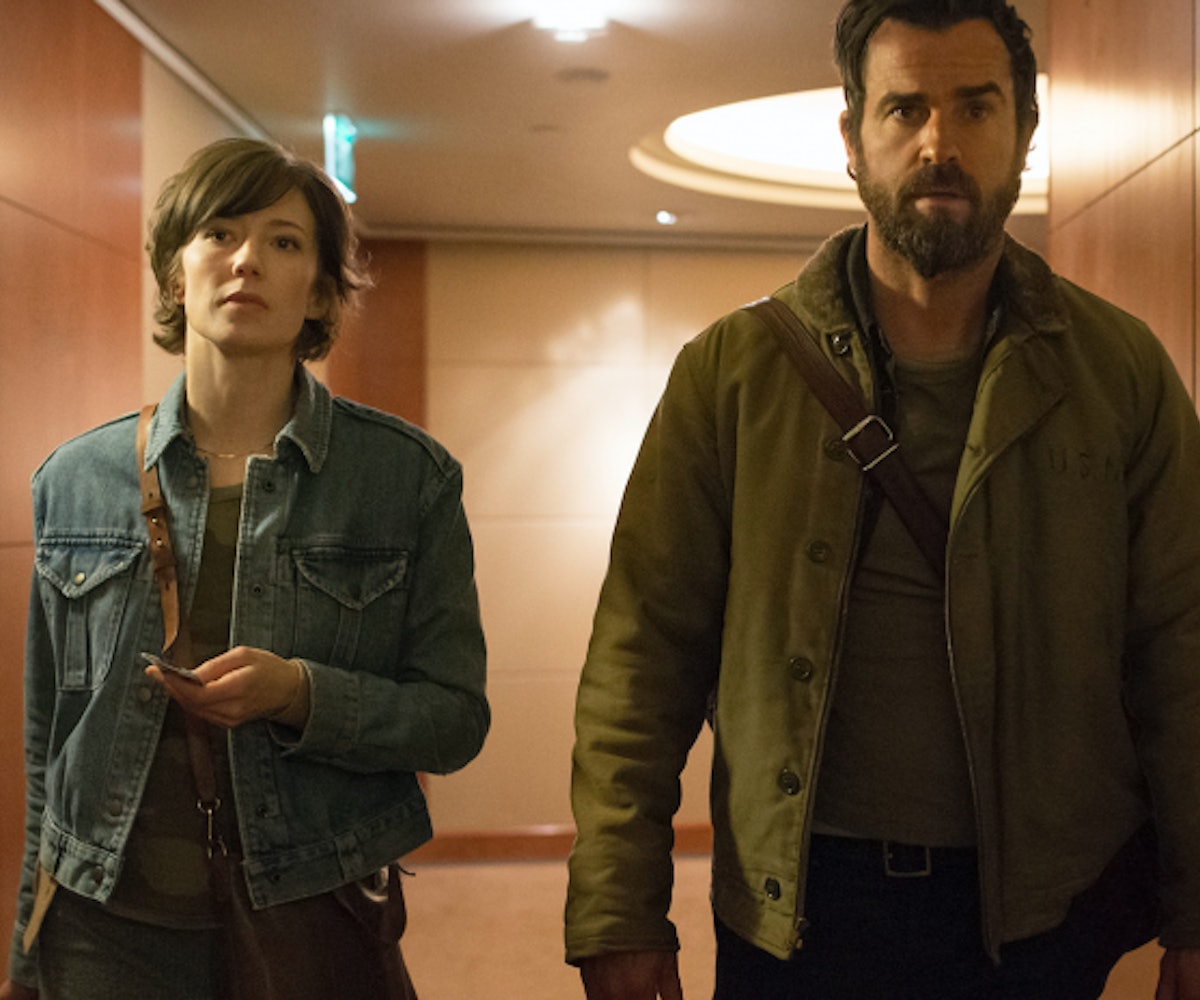 In its second season, The Leftovers, a show about miracles, pulled off one of its own. The HBO drama from Lost co-creator Damon Lindelof, recovered from a divisive first season to become one of the most critically acclaimed shows on television in its second. Last Sunday, the third and final season of The Leftovers premiered, and the reviews have been nothing short of, well, miraculous. The Atlantic called it the most “surprising and moving” show on television.

The Leftovers is based on Tom Perotta’s novel of the same name (the author also co-created the show with Lindelof) and takes place in a world reeling from something called The Sudden Departure, in which roughly two million people from all over the world vanished without a trace. The unexplained event fundamentally changed society, leaving those who had lost someone in the event grief-stricken and others questioning the meaning of existence. The first season introduced us to the Garvey family, with its patriarch Kevin, played like an exposed nerve ending by Justin Theroux, struggling to connect with his teenage daughter after her mother—his wife—abandoned them to join a cult.

That’s right. In the wake of the Sudden Departure, cults—from religious to nihilistic—were formed as a way to prey on lost souls. The cult at the center of The Leftovers is called the Guilty Remnant, a group that does not speak, smokes cigarettes constantly, and believes that the world ended on the day of the Sudden Departure. They are led by the mysterious Patty, who, as played by Ann Dowd, became one of the most terrifying villains in recent TV memory. Kevin’s wife Laurie is a member of the cult, and why exactly she abandoned her daughter and husband is one of the first season’s great mysteries. There are other main characters introduced, like Nora Durst, whose husband and two children vanished before her eyes during the Sudden Departure, and her brother Matt, a priest whose wife was paralyzed when the driver of an oncoming car disappeared and crashed into theirs.

The first season of The Leftovers was criticized for being relentlessly bleak and erratic. Plus, for many, Lindelof still carried the stink of Lost’s controversial and unsatisfying conclusion. They feared that, like Lost, this show would ask questions it did not have the answer to, and that all the suffering both the characters and the viewers were being subjected to, would amount to nothing. But Lindelof is notorious for listening—and responding to—his critics. (The backlash from the Lost finale ultimately caused him to quit Twitter.)

So in the second season, something remarkable happened. The Leftovers hit a proverbial reset button and moved its characters from Mapleton, New York, to Jarden, Texas, the only place in the world that did not have a single departure. Because Jarden was spared, it has become a pilgrimage for people all over the world, with the U.S. government designating it Miracle National Park. With the Garveys settled into this new community, a new set of characters are introduced, most notably their neighbors Michael and Erika Murphy, played by Jovan Adepo and the always-terrific Regina King, who both give tour de force performances. To go into great detail about what happens in season two would be to spoil what was truly one of the most surprising and creative seasons of television I have ever seen. During the first season of The Leftovers, I told friends they should check it out because the show, while not perfect, was bursting with potential. I trusted Lindelof and Perotta that all this darkness wasn’t for nothing, that it would pay off. And in season two, it did. That is when The Leftovers became a transcendent work of art. It is the season of television that caused New York magazine television critic Matt Zoller Seitz to declare it “one of the great dramas in American TV.”

And that brings us to season three. Having aired the first episode, the show will once again move its characters to a different part of the world, this time Melbourne, Australia. The fact that both Lindelof and HBO have agreed to end the series after this season means that the writers were able to go into it with not only a clear sense of where things are going but where they’re going to end. That will undoubtedly make for a satisfying conclusion to one television’s most unique shows. If you haven’t watched the first two seasons, start binging now because you have two months until the series finale airs. And besides, if The Leftovers taught us anything, you could be gone tomorrow.