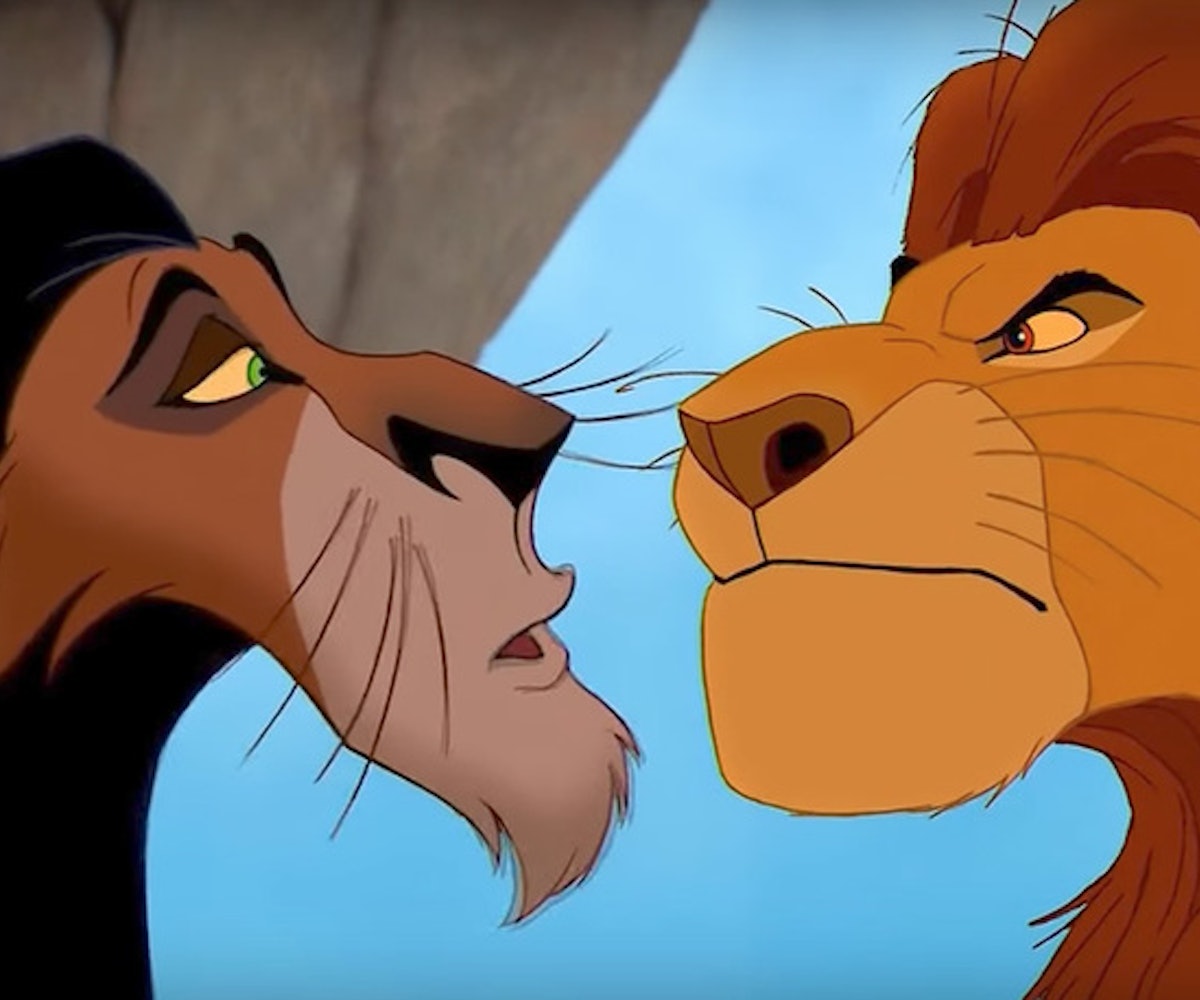 Since nothing really makes sense anymore these days, it's only fitting that we should find out now that Mufasa and Scar from The Lion King aren't actually brothers. The producer and director for the animated film revealed this surprising fact in an interview today. What's next? Mufasa didn't actually die? You can't play with our emotions like this.

To promote the fact that The Lion King is being released on Blu-ray and DVD, the movie's director, Rob Minkoff, and producer, Don Hahn, have been on a press tour. During which, they dropped this bomb on Hello Giggles: “[While making the movie] we talked about the fact that it was very likely [Scar and Mufasa] would not have both the same parents,” Hahn said. “The way lions operate in the wild…when the male lion gets old, another rogue lion comes and kills the head of the pride. What that does is it causes the female lions to go into heat [to reproduce], and then the new younger lion kills the king and then he kills all the babies. Now he’s the new lion that’s running the pride.”

First off, wow, lions have some seriously twisted rituals. Second, then who are Mufasa and Scar to each other? Hahn and Minkoff aren't really sure.

"There was always this thing about well, how do you have these two [male] lions?” he continued. “Occasionally there are prides that do have two male lions, in an interesting dynamic because they’re not equals [since they don’t have the same parents]. One lion will always kind of be off in the shadows. We were trying to use those animal truths to underpin the story so we sort of figured Scar and Mufasa couldn’t really be from the same gene pool."

That dynamic is believable since Scar is always skulking in the shadows. And it's a little bit better to know that Scar didn't kill his actual brother. But even so, brothers or acquaintances or whatever, Mufasa's death will still be one of the most emotionally scarring cinematic moments from our childhoods.