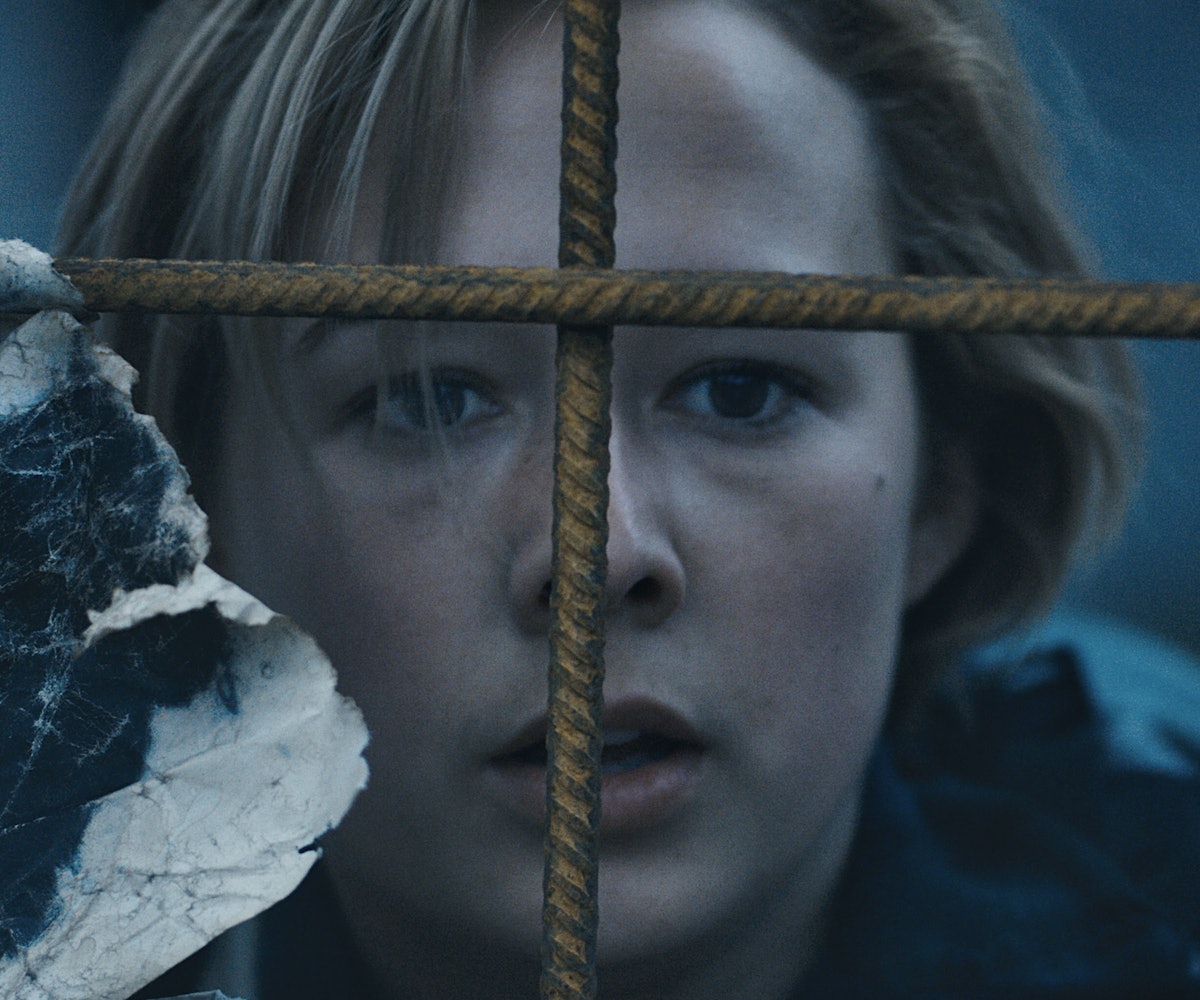 The pitter-patter of rain on a roof is something most Danes associate with the concept of hygge, a “coziness and comfortable conviviality that engenders a feeling of contentment or well-being,” and a cultural characteristic that many think contributes to Denmark being the “happiest country in the world.” Exemplified by snug knits, hot cocoa, and good company in front of a roaring fire, hygge is defined by its insular nature—you and those you love in a safe, relaxing, and intimate bubble, tucked far away from the harsh, unpredictable elements of the outside world. So what makes for the ultimate hygge experience onscreen? According to Meik Wiking, the founder and CEO of Copenhagen-based think tank The Happiness Institute, it might be the exact opposite. “Scary stuff, if it’s fictional, can increase your hygge, as can a raging storm outside.” In this sense, Netflix has engineered a perfect hygge-inducing series with its new dystopian-horror thriller, The Rain.

Six years after apocalyptic rains wipe out a significant portion of greater Copenhagen, siblings Simone and Rasmus emerge from a bunker in a bid to survive. Following the two as they band together with a group of strangers also trying to survive a disease-ridden world of desperate, starving scavengers, The Rain examines the way humanity doesn’t change, even in the aftermath of an apocalypse. The streaming giant’s first Danish original series, The Rain inverts the notion of hygge by positing the comfort-inducing sound of rain outside as the harbinger of a world-ending virus that threatens to kill off humankind—one puddle at a time. So in a damp country where there are apparently 179 days of rain annually, it makes sense that potential precipitation or an accidental trip into standing water would be perfect horror fodder.

Not only that, but, as The Guardian’s Patrick Kingsley wrote in his 2012 book How to be Danish, there is an aura of exclusion that permeates the idea of hygge, as it is “built on the idea of withdrawing from the rest of society and building a sort of micro-commune among a select group of friends.” It’s an interesting point to take into account when thinking about many apocalypse-centric narratives, including The Rain. Determining who will not hinder you in a hostile world might be key to the relationships you choose to pursue when life or death is at stake. “Curating” your groups could be critical in order to maximize your rate of survival. Within The Rain, there’s a very real feeling of calculated kinship. Simone and Rasmus are only taken on after proving they are essential to finding food for the rest of the group. It might be cynical, but within a narrative where all relationships are transactional to a degree, it makes sense that there’s a strange sense of intimacy bonding the group. After all, there’s nothing that brings people together quite like a fervent desire to survive and multiple near-death experiences.

By Wiking’s logic, there might be nothing more hygge-inducing than some bleak media consumption, so The Rain should be perfect viewing for any homebody who needs to dissociate from the world-at-large—even if it’s by immersing themselves in a universe 20 times more anxiety-inducing than their current reality. Just remember to put on your warmest wool socks and consider inviting someone over. It probably wouldn't hurt to also find an umbrella.

The Rain premieres May 4 on Netflix.