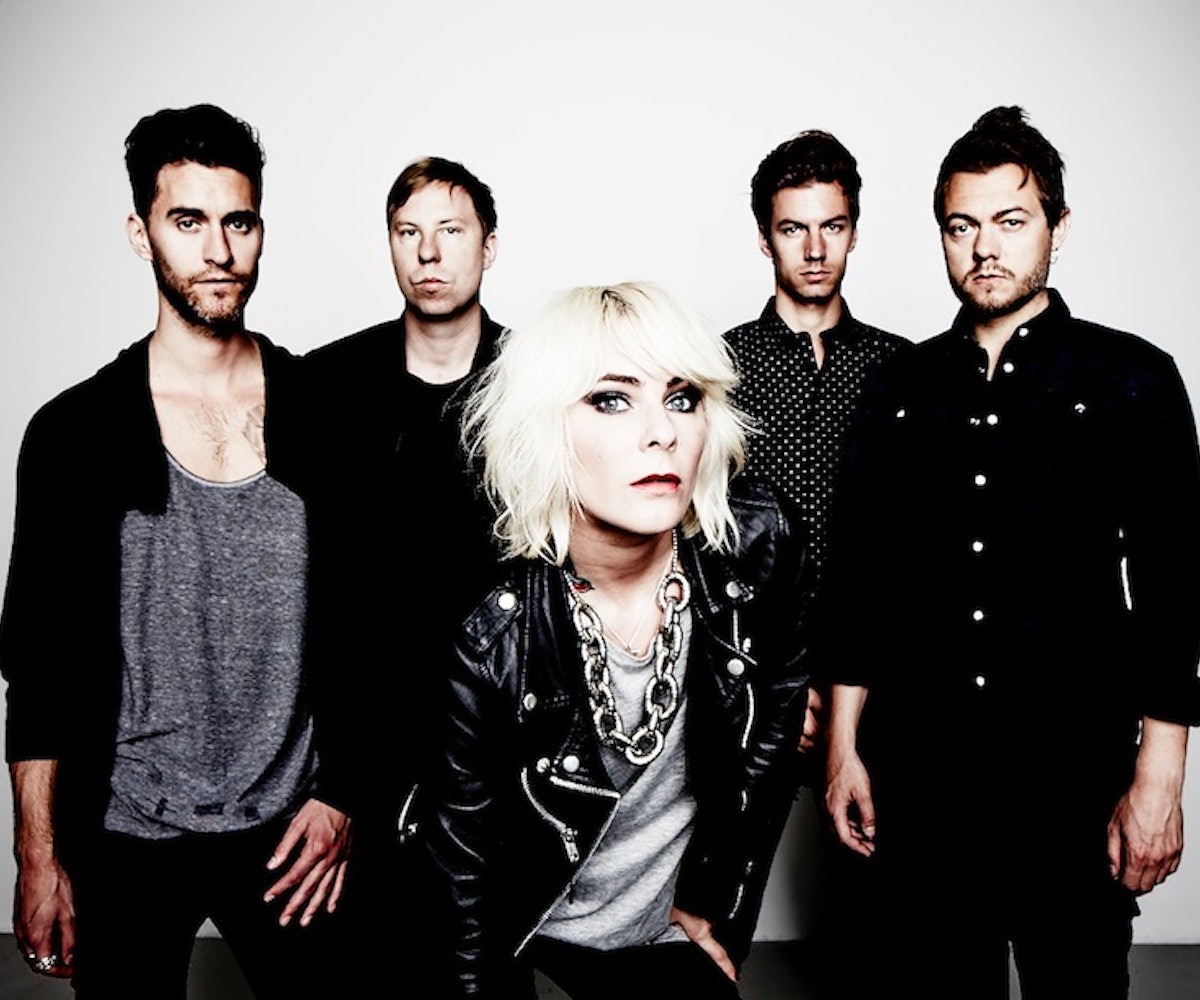 The post-weekend comedown is a tough thing to shake— but if there’s anything that can beat a case of the Mondays, it’s new music. Better yet, it’s free new music from one of our favorite bands, The Sounds. This Swedish rock quintet’s gearing up to release their new album, aptly titled Weekend, and we have the exclusive premiere of the title track.

It might start slow with melancholic guitars and harmonized “ahhs,” but don’t be fooled. It’s not long before the song soars into sing-along territory, mostly because its melodies are too catchy not to. Lead singer Maja Ivarsson agrees. “‘Weekend’ is special to me because it was one of those songs that really moved me right from the start! Even when we made the demo I thought it was a strong and very catchy song and I was exited to see how it was gonna turn out on the record,” she explained. “And I also think it’s a song that’s universal, I think most people can relate to it one way or another.” No argument there.

If you’re living for the weekend too, download the song in exchange for your email address below!

Hear more from The Sounds and buy The Weekend when it drops October 29.