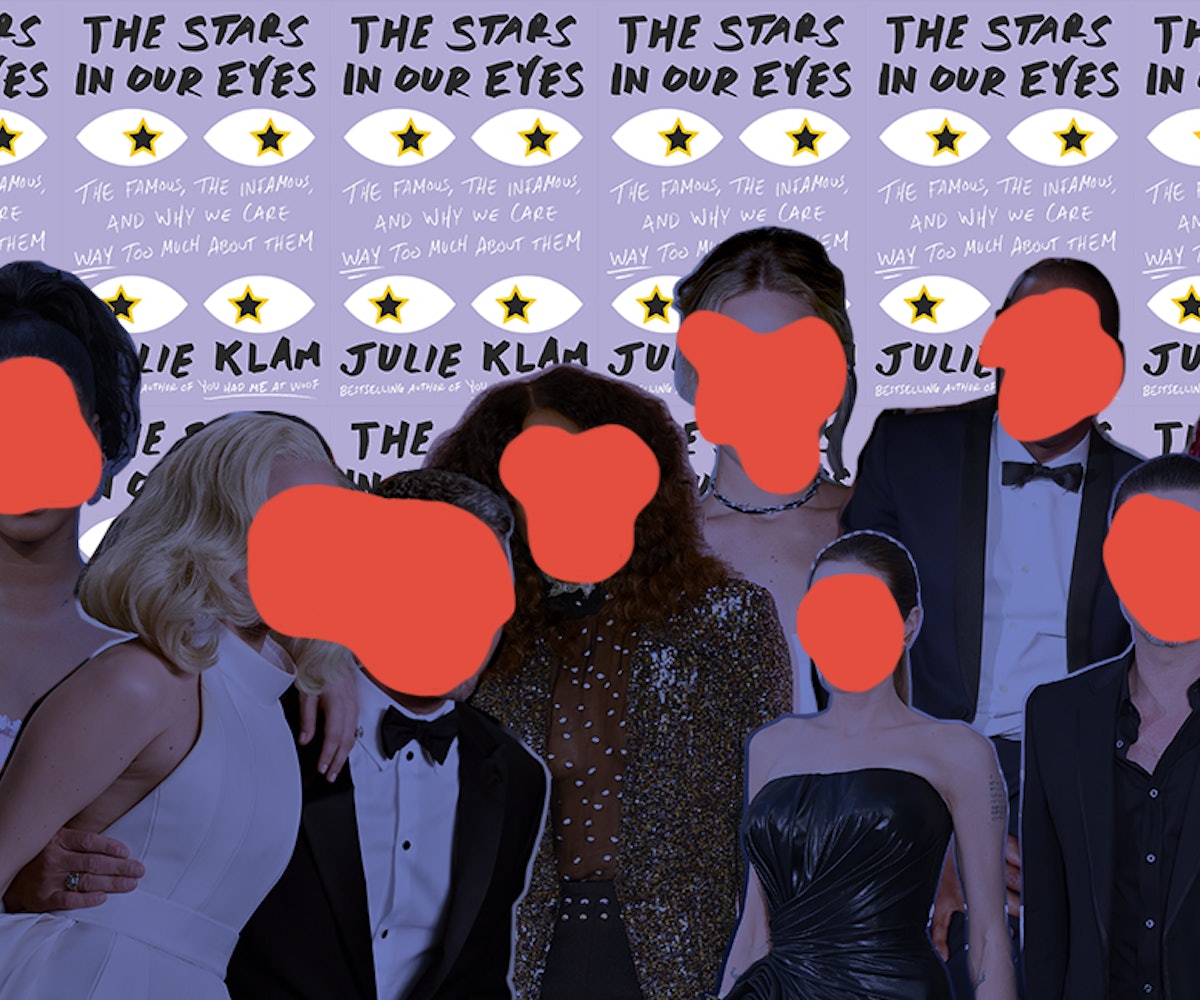 There are two types of celebrities in the world: those who seek the fame, and those who fame finds. With the latter, fame usually follows excellence in people's respective fields—often creative ones, like acting, music, art, and modeling—with the understanding that fame comes with the territory. It's relatively easy to spot a celebrity's intentions; 2007, when the famous for being famous archetype truly took hold, made it easy. It also souped-up the fame game thanks to the rise of countless new forms of paparazzi, internet tabloids, blogs, and the burgeoning social media landscape. In what feels like the blink of an eye, celebrities weren't just smiling from the cover of People magazine and popping up in "They're Just Like Us!" columns; they were directly connecting with their fans (and trolls) through their phones. Like all of us, celebrities today are connected and accessible, fueling our innate desire to "know them."

But why do we care? Does knowing that Miley Cyrus went grocery shopping with Liam Hemsworth truly enrich our lives? At what point do we stop seeing famous people as people and instead as commodities? Author Julie Klam explores these very questions in her new book, The Stars In Our Eyes. An avid celebrity junkie herself, Klam explains the different types of fame—"You can tell when you see anyone being interviewed or if they're the ones who show up on the red carpet with sunglasses and a huge entourage, what kind of celebrity someone is," she says—and mentions her own one-time aspirations to fame: "I would have just wanted to step out with big starry glasses."

Instead, Klam turned to observing celebrity and pop culture, analyzing the minutiae of it all, and the inherent charade. "The things with which we associate the celebrities we love are the things we use to escape," she says. If a musician's music helped you get through a certain time in your life or a certain movie with a certain actor makes you feel some type of way, you're going to associate them and their art with those feelings. This would explain why celebrity deaths rock us so, despite most of us not ever meeting them IRL.

The fascinating (and rather clever) thing about that is brands and companies have used those feelings to market goods to us. Say you're a Rihanna fan and you see her either posing with Vita Coco Water or buying it, you're going to feel more inclined to follow suit because Rihanna's music makes you feel good and if she stands with Vita Coco Water, perhaps you should, too. "In some ways," Klam says, "celebrities are like the us that we would like to be."

That, of course, becomes worrisome when we stop respecting celebrities as individuals. After all, some people have a taste for schadenfreude and, as Klam tells me, "like to watch those people fall because they're jealous and their downfall means they don't have to be jealous anymore." Celebrity does not mean you've got Teflon skin. Online trolls who harass celebrities via Twitter forget that the person they're poking fun at or calling out can read what they're saying; they believe the celebrity is public property. Public breakdowns like Britney Spears' and Amanda Bynes' are disturbing because we, in a sense, instigated them; the more money there was to be made off headlines and paparazzi photos, the worse it got. Instances like the 2014 nude photo hack, too, highlight the sinister underbelly of where our celebrity obsession can lead. (Thankfully, a large number of people pointed out how violating it is to seek the photos out and look at them without the celebrity's consent.)

We—the public, the media, the paparazzi, social platforms, and the celebrities—created this industry. Nowadays, Klam says, "there is a good chance that for you to be successful, you have to become famous." That, of course, means becoming the individual who, say, gets cast in major films and gets audiences to put money behind whatever it is their name is slapped on. It means creating a brand for yourself and pushing your way further into the public's eye. Andy Warhol was right: everyone will be famous for 15 minutes—some just know how to play (and truly manipulate) the game better than others.

As insidious as it is, our celebrity-obsessed culture can bring about some good, whether it be through awareness campaign foundations or benefit concerts. Most importantly, though, we can feel empowered by our celebrity idols. We can look to them and not only see ourselves, our wants, and possible ways to achieve our goals, but we find ourselves through them. Now that's something to celebrate, indeed.