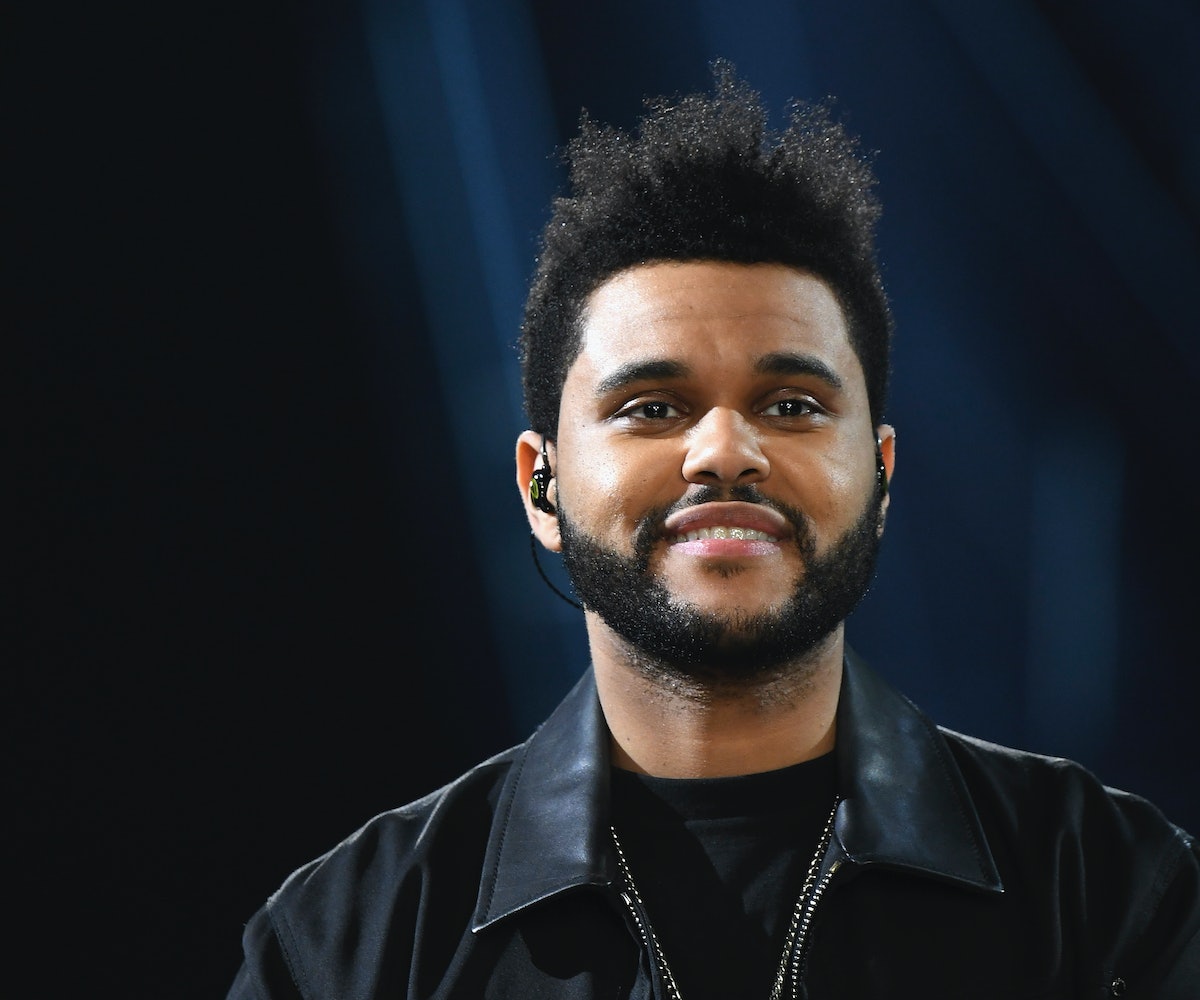 The Weeknd as we once knew him is dead.

Or at least that’s what we’re supposed to think. In his video for “Starboy,” we see a masked Abel Tesfaye suffocate his former self with a bag, before he takes off his mask, reveals a new haircut, and launches into “Starboy,” his sleek, streamlined single bred from a collaboration with Daft Punk. But while he’s obviously signaling the arrival of The Weeknd 2.0, aspects of the original artist still hugely remain. He still embodies angst, his voice remains angelic—he’s just grown out of who he was.

We’re all supposed to change, evolve, and grow over time, so it’d be concerning if an artist who’s been lauded for his risks and originality wrapped himself up in an old persona and clung to it like a security blanket, even though he probably could have. The Beauty Behind the Madness catapulted Tesfaye to chart-topping, arena show heights. He’d earned critical and public praise for his album and live shows and took two Grammys home for his efforts. He was good at his art and was recognized accordingly. And yet, he chose to use his new album, Starboy, as another avenue for creative challenges.

To make daring declarations in any capacity is always risky. Plans to start over or to break from what already works is a bold call as is, but to announce those intentions is even more so. And, at first, it seemed like that was The Weeknd’s go-to. Back in September, he told us exactly what he was doing—specifically, that he was making the “best-sounding album [he’s] ever done.” Which was accompanied by another big change: He cut off his dreadlocks.

“It ended up becoming a trademark,” he said of his hair in the fall. “I told everybody I was getting rid of it, and everybody, literally, unanimously—they were like, ‘No, don’t do it! That’s your whole thing, that’s you. And the way they said that, I was like, ‘Oh, I’m definitely cutting it now.’”

But that was it. Where the media picked up his quotes, his haircut, and read into what they meant, Tesfaye simply dropped “Starboy” as his first single and let us marinate in the surprise that he’d begun collaborating with Daft Punk. Which made “Starboy” even more affecting: Instead of telling us who he’d decided to be, we declared it ourselves, heralding this latest chapter in The Weeknd’s narrative as new, improved, and a far cry from the Abel of yore.

And that makes it tempting to listen to Starboy and look for evidence that we’ve all moved on from the Abel Tesfaye we once knew. It’d be easy to listen for lyrical patterns and themes to prove this intention to change a success or a failure or to chalk up his mentions of sex, drugs, and disappointment to the lyrical mandate we familiarized ourselves with in Beauty. Ultimately, it’d be really easy to project our own narratives onto him and his work or hold him to standards we pieced together by reading his quotes. But that would also be missing the point. Especially since the most effective makeovers aren’t a question of day-to-night extremes or built on someone’s declarations of change. Instead, the best makeovers amalgamate lessons learned in our pasts to create something better.

Obviously, there are some artists who thrive in the wake of planned, polarizing change. Lady Gaga adopts a new persona for every album cycle, while still upholding her political and social beliefs and causes. When Zayn broke from One Direction to release Mind of Mine, he debuted as a sleek, smooth, and risky solo artist as a means of distancing himself from his boy band roots. Even Justin Timberlake has morphed from an ex-NSYNC member to an ex-boyfriend bent on revenge (“What Goes Around”) to a suit/tie enthusiast to, most recently, a dad in a fedora, singing for Trolls. Mainly, “I’m a new person now!” can be good and effective when it seems to come naturally.

But this also explains why news of Taylor Swift collaborating with Drake to create an “edgy” hip-hop vibe seems like the least natural (and worst) thing ever. Even more when you think of how she used 1989 to so publicly break up with country—the genre that launched her—with a shiny new persona built on white feminism and publicity stunts. Or, how despite the excellence of Purpose, we’ve seen Justin Bieber struggle with the effects of its success post-apology tour—particularly via his breakdowns down in front of audiences, his increasing rejection of fame, and his refusal to even take photos.

Ultimately, to publicly declare anything is risky, and especially when you’re the one doing the declaring.

But The Weeknd isn’t a former country star thirsting for world domination, nor is he a former child star whose introduction to fame was accompanied by a toxic brand of professional pressure. He’s not even Drake, another talented artist in love with his own mythology, one who has regressed (while ascending up the charts) to shaming a contemporary about their mental health for the sake of his own ego. The Weeknd’s been evolving since we took notice en masse back in 2011—only this time, he declared his intentions before anyone else could.

Because that’s the thing about Starboy: it perfectly blends the worlds we met through Tesfaye with the one he’s familiar with now. He continues to sing about women, about drugs, and about disappointment, but he also continues to sing honestly and through the gaze he’s adopted in the wake of mainstream success. He writes and performs through his own experiences and is unabashedly honest, despite how unflattering it may be for him or the subjects he’s singing about. But it isn’t Beauty. And how can it be, with so much that’s changed for him over the course of the last two years? Instead, it’s a reflection of The Weeknd’s evolving perspective, his penchant for experimenting melodically, and his increasing knack for blending a quick tempo with the realities of a doomed affair (see “Rockin’”).

These are revelations we would’ve come to, regardless of whether or not Tesfaye had prepped us for big changes. Arguably, it’s impossible not to see Starboy as a distinctive new chapter following its predecessor. But it’s also a natural next step, unlike what we’ve seen with Swift or Bieber (at least in terms of Baby B’s persona), who do evolve musically, but only after intense strategizing and months of publicity, screaming their intentions at us.

And that’s the big difference: to announce your revelations is one thing—it’s reflective of what is likely an exciting step and venture forward. To stand by the work you’re doing and to believe in yourself is a more-than-reasonable counterpart to a solid album or creative release. But if the announcement gets precedence over the work, that’s an issue. In the case of The Weeknd, he stated his intentions subtly and followed through on them by making music that upheld his approach to evolution and change. It’s when someone is screaming them louder than the music they make do we need to reassess and ready ourselves for something that would’ve been more effective if no one had said nothing at all.