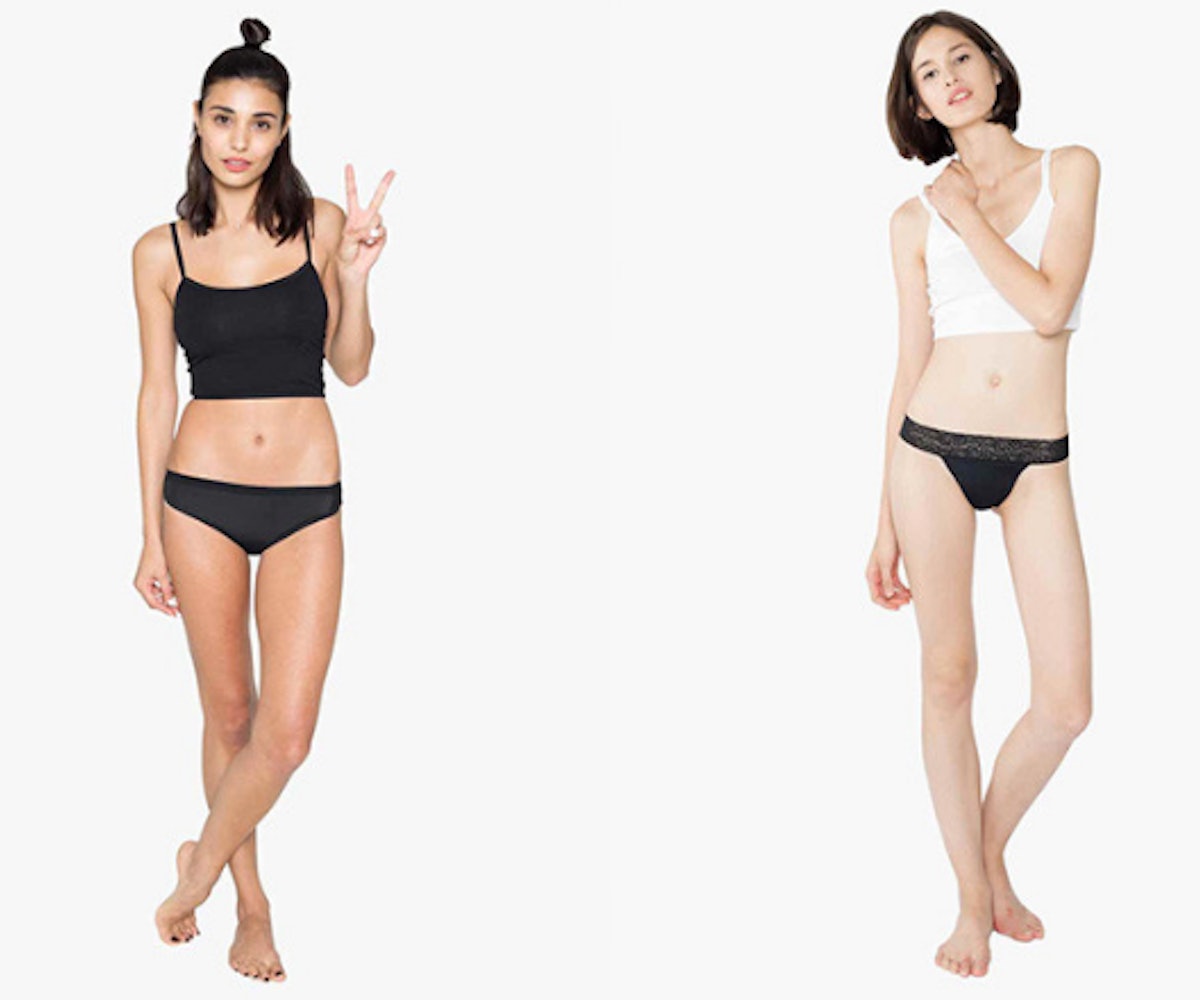 On March 8, International Women's Day, I made my way to Washington Square Park in the heart of New York City's Greenwich Village, a place with a long history of social activism and protest. Along with thousands of women and men, I was headed to a rally which would serve to give voices to so many of the marginalized women whose views and needs are all too often shut out of our national conversation, particularly now in the era of Trump.

Over the years, I've attended many protests at the park—with its wide-open acreage, it's an excellent meeting point for large groups—for everything ranging from anti-war demonstrations to Black Lives Matter marches, and it's never not inspiring to stand with other New Yorkers and feel like you're a part of something bigger. And yet this time felt different; as I approached the familiar pathways, rather than filled with protestors or even regular park-goers, they were lined with people selling buttons and T-shirts, hats and bandanas, all emblazoned with messages of empowerment, most frequently the words "she persisted." The cost for this merchandise ranged from about two to 20 dollars, but the irony of this blatant consumerism on a day which has its roots in the socialist movement was priceless.

The selling of empowerment is nothing new, of course, although its rapidly increasing deployment in the last few years can still feel surprising. And the fact that I have the capacity to still be shocked is in itself surprising; I do, after all, work at a women's magazine, one which not only covers the type of products that are usually described (self- or otherwise) as empowering but which has itself used the term descriptively on many occasions—and usually to great effect. It makes sense that young women, a demographic which has long felt and been powerless, would find this type of rhetoric appealing; power can be hard to come by for this community, its siren call seductive for even the savviest of consumers—no matter if it is being promised by a deodorant or underwear brand.

It's complicated. On a personal level, "empowerment" is not something that appeals to me as a concept at all, but the reason for that goes beyond my ever-present cynicism and reveals something fundamental about me and my privilege: As a well-educated white woman born into a world of valuable social and cultural capital, I didn't really need all that much empowerment. I had power already.

Still, though, I find it hard to be completely dismissive of the term, even if I don't embrace it myself because, for many women, the reality of seeing themselves represented in ad campaigns and of having their lifestyles validated has actual value. For women who have historically been marginalized to suddenly be publicly told that they are beautiful and their bodies deserve to be seen and their voices deserve to be heard, this type of thing can make a difference; and not just to a brand's targeted demographic, but also to the young men who see a different type of model on the billboards lining the streets and the posters on the subway cars.

Certainly, consumers aren't so naive that they don't know what it is that's happening when every other ad campaign these days promotes empowerment and when it's clear that it's only a matter of time before the words "she persisted" are trademarked. Buying a trend doesn't necessarily mean buying into it, after all. Targeted audiences can know that brands are promoting a product with dollar signs in mind rather than, like, good vibes, but they can also think it's preferable that the messages being used right now are ones of inclusivity and diversity, no matter the intent.

Problems arise, though, when brands which are supposed to stand for tolerance and diversity and, yes, empowerment are revealed not to practice what they preach. The same cognitive dissonance that I experienced at last week's Women's Day rally cropped up again this past Tuesday when Racked published an expose about the brand Thinx, which sells "period underwear," along with a healthy dose of empowerment via its viral marketing campaigns and diverse array of models.

Agrawal has responded to the Racked article in a Medium post, published today, in which she blames the company's problems on its fast growth and her lack of know-how when it came to basic things like hiring someone to work HR. Agrawal's explanation for the accusations now leveled at her company is in itself fraught—it ends with a Teddy Roosevelt quote which praises entrepreneurs and derides critics as cowards—and notably fails to contradict many of her former employees' accusations, instead focusing on the good parts of working at Thinx (there were team retreats and bonuses), and adopting a tone of "hey, we all make mistakes, right ?? :)"

But it's hard not to wonder if this might signal some sort of tipping point when it comes to the selling of empowerment. (Another indication that we've reached its nadir is the announcement of a forthcoming children's book titled She Persisted and written by none other than Chelsea Clinton.) This isn't to say that brands will stop pushing empowerment as a means of selling to women; this isn't even to say that they should stop doing it. It's, after all, better than bombarding consumers with the sexist advertising messages of past years, when the peak of a woman's achievement meant the attainment of one end of the Madonna-whore binary or the other—and nothing in between.

Instead, perhaps this is the point where consumers will stop listening simply to the outward-facing messages that brands present, and start paying attention to their internal workings. The branding of female empowerment probably isn't going to be going anywhere anytime soon, but it's up to us to make sure that when companies talk about women's power, we as consumers make sure their money's where their mouths are. And if not? We should take our dollars elsewhere.