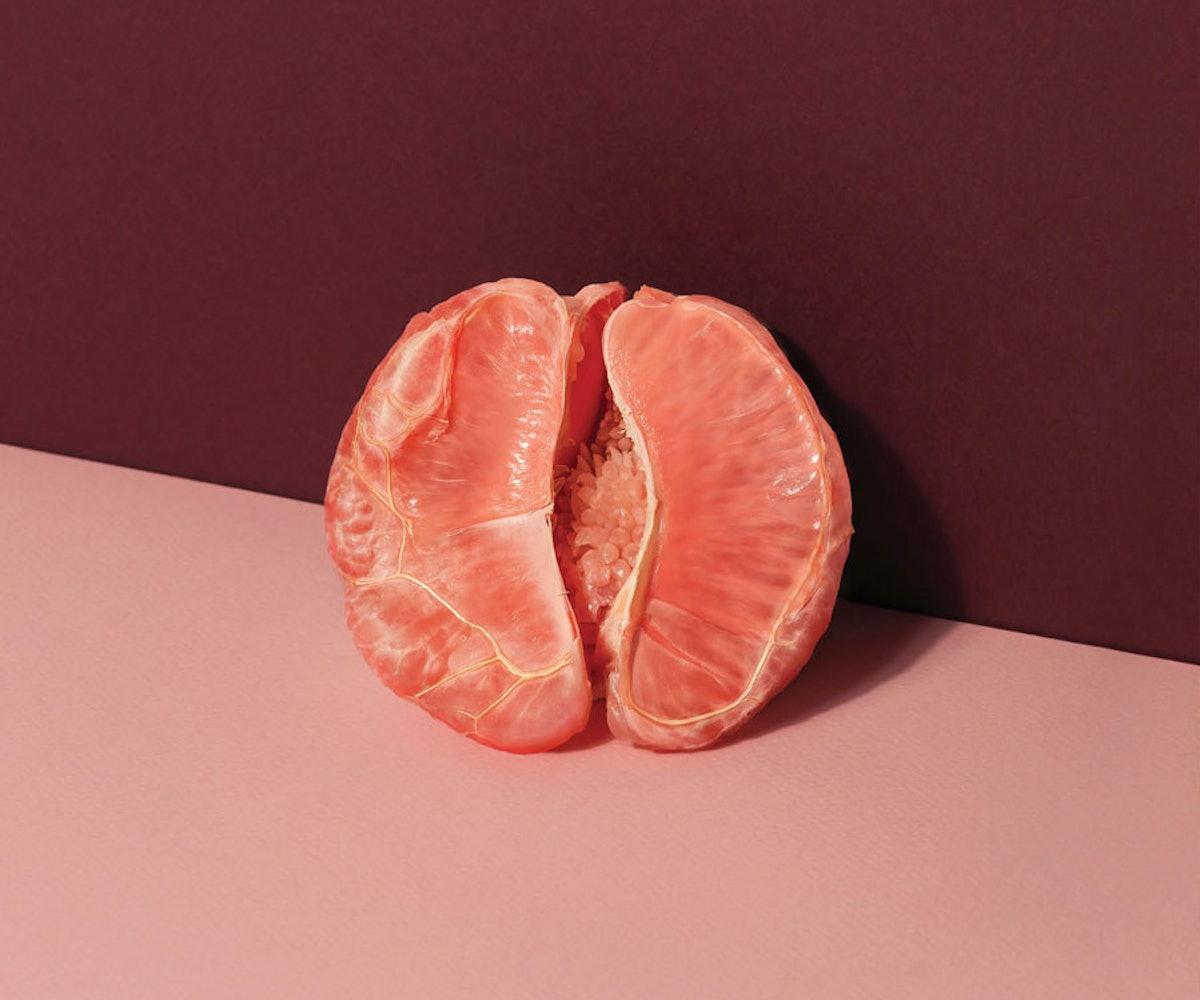 Anyone who has been on the New York City subway system knows that it is a prime advertising location—and so it comes as no surprise that the flourishing, revolutionary underwear company Thinx would want to use that space to increase awareness of its period underwear. But according to Outfront Media, the company in charge of the Manhattan Transit Authority's advertising, the seemingly rated-PG ads that Thinx wanted to run the subway are inappropriate.

The ads in question show women wearing the underwear, but not posed in any suggestive or sexual manner. They are accompanied by two different images: a cracked egg (you know, to symbolize the unfertilized egg that gets discharged during a women's period), and a photo of peeled, yonic grapefruit. Yet despite the relatively modestly covered models (compared to other lingerie campaigns that have graced NYC subways), and the fact that eggs and grapefruits are just food (and the fact that other ads have used foods symbolically and more sexually), Outfront Media deemed the ads as too suggestive.

According to Mic, a representative also expressed concern to Outfront that the inclusion of the word "period" on the ads would also lead to children asking their parents what a period is—a terrible thing, because we all know that periods must be a mystical thing that boys know nothing about and girls must be ashamed of. Right?

Outfront's statement also fails to acknowledge that the MTA has run ads for condoms, suggestive weight loss companies, and the Museum of Sex.

There is no word yet on the fate of Thinx's campaign, as the company has pushed back on the pressure to make them more "appropriate," but it's clear that this statement from Outfront reflects an inability to accept menstruation as something normal, common, and unshameful. Sexualizing women in advertisements remains the norm, but acknowledging that many of those women get periods? Unacceptable, apparently.