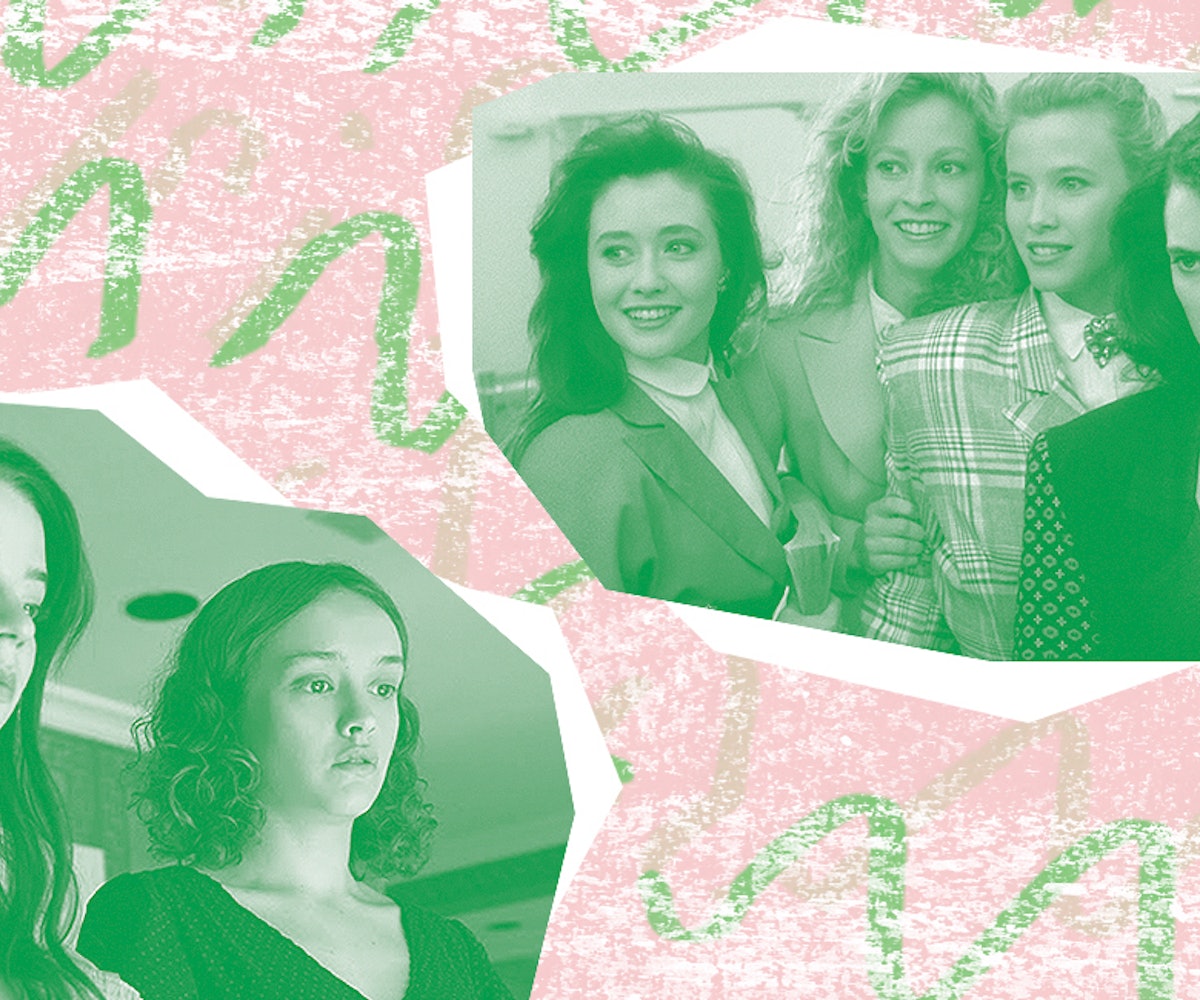 Nearly 30 years after its theatrical release, Heathers is everywhere, and also nowhere. This year will see the airing of a Heathers TV show, originally scheduled to debut this spring before Paramount decided to try to find a sliver of time where it would not be adjacent to a recent school shooting (good luck with that), and next week, previews will begin for the Broadway musical version of Mean Girls, the most popular descendant of Heathers. But even if the Heathers show turns out to be good (early reactions to the pilot were not encouraging) and even if the Tina Fey-penned adaptation of Mean Girls does well by its own Heathers-influenced source material, these kinds of revivals are unlikely to match the impact of the original Heathers.

The same is true of Thoroughbreds, the terrifically entertaining new thriller from writer-director Cory Finley that has been and will continue to be described with reference to Heathers, because it does involve teenage girls behaving badly and potentially murderously. Watching the movie, the comparison initially feels superficial or even inaccurate because, despite some dark humor, Thoroughbreds isn’t a comedy, and, despite its characters’ ages, it’s not set in a high school. Most of it takes place in the Connecticut mansion where Lily (Anya Taylor-Joy) lives with her mother and stepfather. Lily hates her stepfather, which is something her friend Amanda (Olivia Cooke) picks up on almost as soon as she shows up for some SAT tutoring. Amanda has some kind of disorder that prevents her from feeling real emotions, and thus does not prevent her from raising a provocative question to Lily: If she hates her stepdad so much, why doesn’t she kill him?

There are plenty of movies that Thoroughbreds resembles more closely than Heathers in tone and technique. The teen-girl partnership has a dash of Peter Jackson’s Heavenly Creatures, and Finley’s exacting, ominous camera movements recall Park Chan-wook, particularly his terrific and underrated Stoker. In a recent Q&A following a screening of the film, Finley and his stars discussed the movies they watched to prepare for the film, and Heathers didn’t come up; instead, the filmmakers and moderator mentioned Strangers on a Train, Mulholland Drive, and the 1949 noir DOA. In other words, movies that don’t include any scenes where a teenager narrates a sociological breakdown of where different groups sit in the cafeteria.

Yet by shedding the social hierarchies so closely associated with Heathers-style satire, Thoroughbreds makes a credible claim to the earlier movie’s origins and aims. Finley isn’t satirizing the world of cliques, fleeting popularity, and adults too clueless to relate. But he is addressing a very real terror at teenage girls’ potential for cruelty, even evil. He may not have been thinking of Heathers while making this movie, but he seems to implicitly understand something about it, and about its more successful spawn: femininity is key to these movies’ power.

Toxic masculinity turns up in plenty of high school movies, too, but it’s rarely treated as especially unknowable, or even all that interesting. The dumbass jocks of Heathers, for example, are more collateral damage (both as punch lines and as murder victims!) than the movie’s true subject. It’s not an uncommon depiction of teenage male bullies, who are often either outright villains (often in receipt of a comeuppance) or misunderstood jocks who reveal a hidden sweetness or sensitivity. The idea that teenage boys will shove you into a locker and cause momentary pain while teenage girls will do more permanent emotional or psychological damage is now old and worn enough to qualify as a cliché, but both Heathers and now Thoroughbreds make it fresh by both externalizing and internalizing that damage together—maybe moreso in Thoroughbreds, where no seductive bad-boy Christian Slater figure appears to serve as a catalyst or accomplice. Indeed, the new movie’s male accomplice, a low-level drug dealer played wonderfully by the late Anton Yelchin, can only fake that kind of insinuating confidence; Lily and Amanda make it clear pretty quickly that he’s in way over his head.

As it turns out, the lack of a well-populated and coed high school setting (both Lily and Amanda are in their junior years but, for various reasons, not attending class at the moment) gives Thoroughbreds a razor-sharp focus on its characters. It takes a common fear about pretty, popular teenage girls—that they are, essentially, unfeeling monsters, capable of terrible things—and transposes it to an uneasy one-on-one friendship that exists at a remove from any conventional notions of popularity. Social popularity, it turns out, is beside the point for characters as privileged as Amanda and especially Lily, who wants to win at life and not just high school. The power dynamic between the two girls is fluid: Lily is put off by Amanda’s deadpan, affectless demeanor but is also fascinated and seduced (non-sexually) by her unvarnished honesty; Amanda doesn’t crave an affectionate friendship but does seem to want someone she can talk to while watching TV.

Surrounded by objects of wealth but little else besides each other, the girls of Thoroughbreds don’t require same-dressed minions to push the limits of acceptable behavior. Rather than navigating bustling hallways, their world is barely populated, with Lily’s family’s staff members occasionally crossing the frame without pausing for any meaningful dialogue. Thoroughbreds doesn’t feature any particular satire of teens and their social media (a blessed relief, really, that this isn’t Heathers Online), but the isolation that privilege and technology can engender is well-integrated into Finley’s story. Lily and Amanda’s quiet lack of engagement with almost anyone else is the logical extension of a clique’s lack of empathy—a clique mentality converted to selfie culture (in a movie with zero actual selfies).

Because both Thoroughbreds and Heathers are written and directed by men, it would be easy enough to track any expressed fears of young women back to misogyny. But they both ultimately feel for multiple characters in their narratives—a particular challenge in Thoroughbreds, given the lack of a clearly empathetic Winona Ryder figure for the audience to latch onto. Finley gives his terrific actresses room to generate feelings even when their characters seem unsure how to generate or process them (faking them, though, is not a problem). The movie is a minor miracle of tone control: an unsettling character study with the sick-funny kicks of a merciless thriller. It may not look or sound much like it, but Thoroughbreds is a more isolated, empathy-challenged version of Heathers for a more isolated, empathy-challenged time.