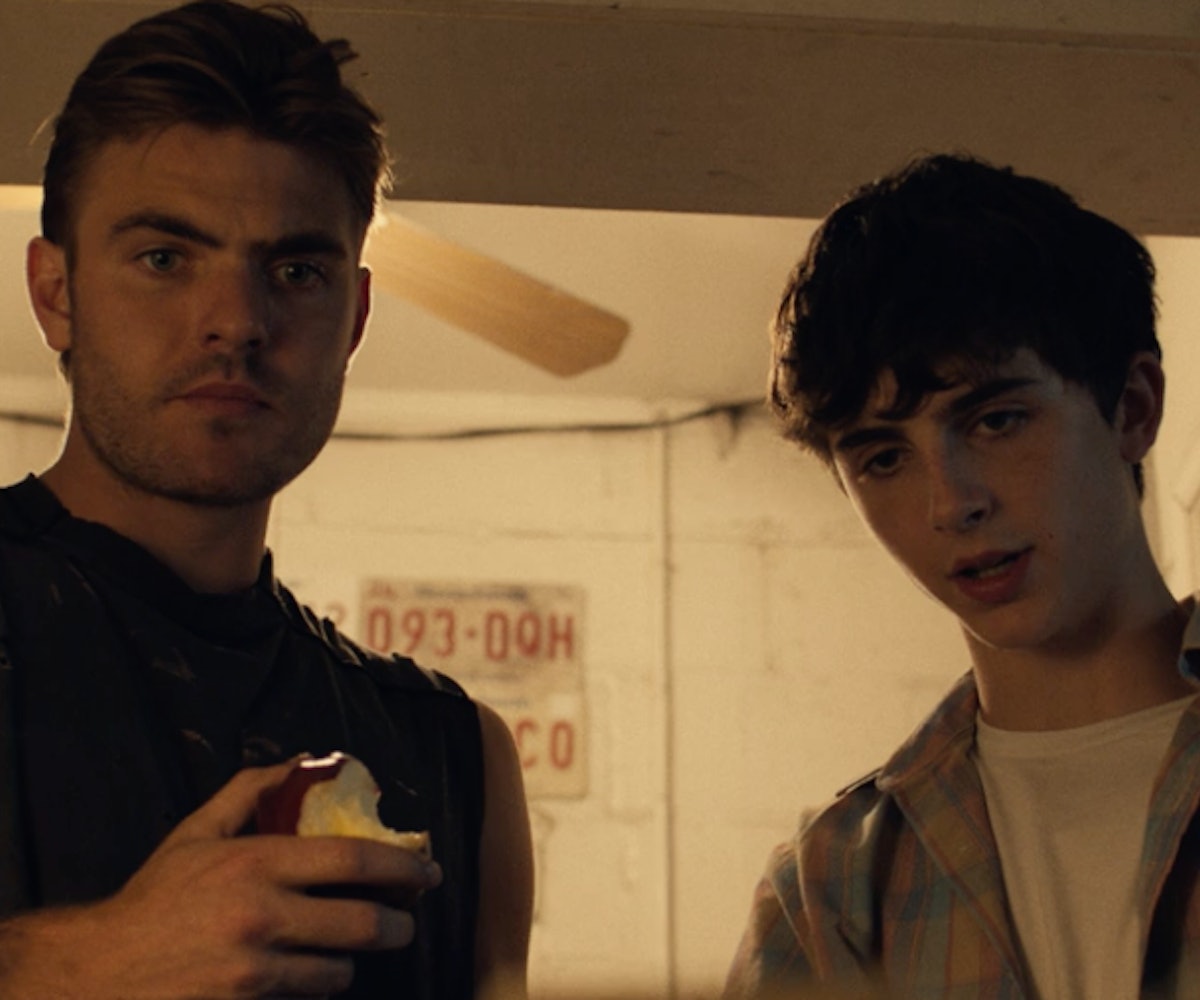 photo courtesy of a24
fb
tw

If you were looking to see more of Timothée Chalamet in his role as a lovelorn drug dealer, you're in luck. A24 has just released an exclusive new clip of his upcoming film, Hot Summer Nights, and it'll definitely get you pumped for the release next month.

Back in April, we got our first glimpse of Chalamet's Daniel, an introverted teenager who turns into a bona fide drug dealing aficionado thanks to the guidance of a neighborhood drug dealer Hunter (Alex Roe). Set in the summer of 1991, the film's initial trailer shows us how Daniel becomes enraptured with drug dealing while falling in love with Hunter's younger sister McKayla (Maika Monroe). But in an exclusive new clip, we see just how easily Daniel gets sucked into the world of drugs: by making a ton of money.

The clip begins with Alex and Daniel staring down at a bag full of money, which Daniel acquired while out on a drug run. "That's 15 pounds a week," Daniel remarks before they celebrate their riches. Later, we see their empire grow as customers begin to request more drugs from them.

Hot Summer Nights will be available exclusively on DIRECTV on June 28 and hits theaters July 27. In the meantime, see the clip, below.

NEXT UP
Entertainment
9 Films To Stream After Watching ‘Don't Worry Darling'
Entertainment
Måneskin Is The Hot Italian Rock Band To Watch Right Now
Life
44 RIDICULOUSLY USEFUL THINGS UNDER $25 AMAZON REVIEWERS SAY THEY CAN'T LIVE WITHOUT
Life
On The List (With Melissa Rich): The Highs & Lows Of Solo Partying