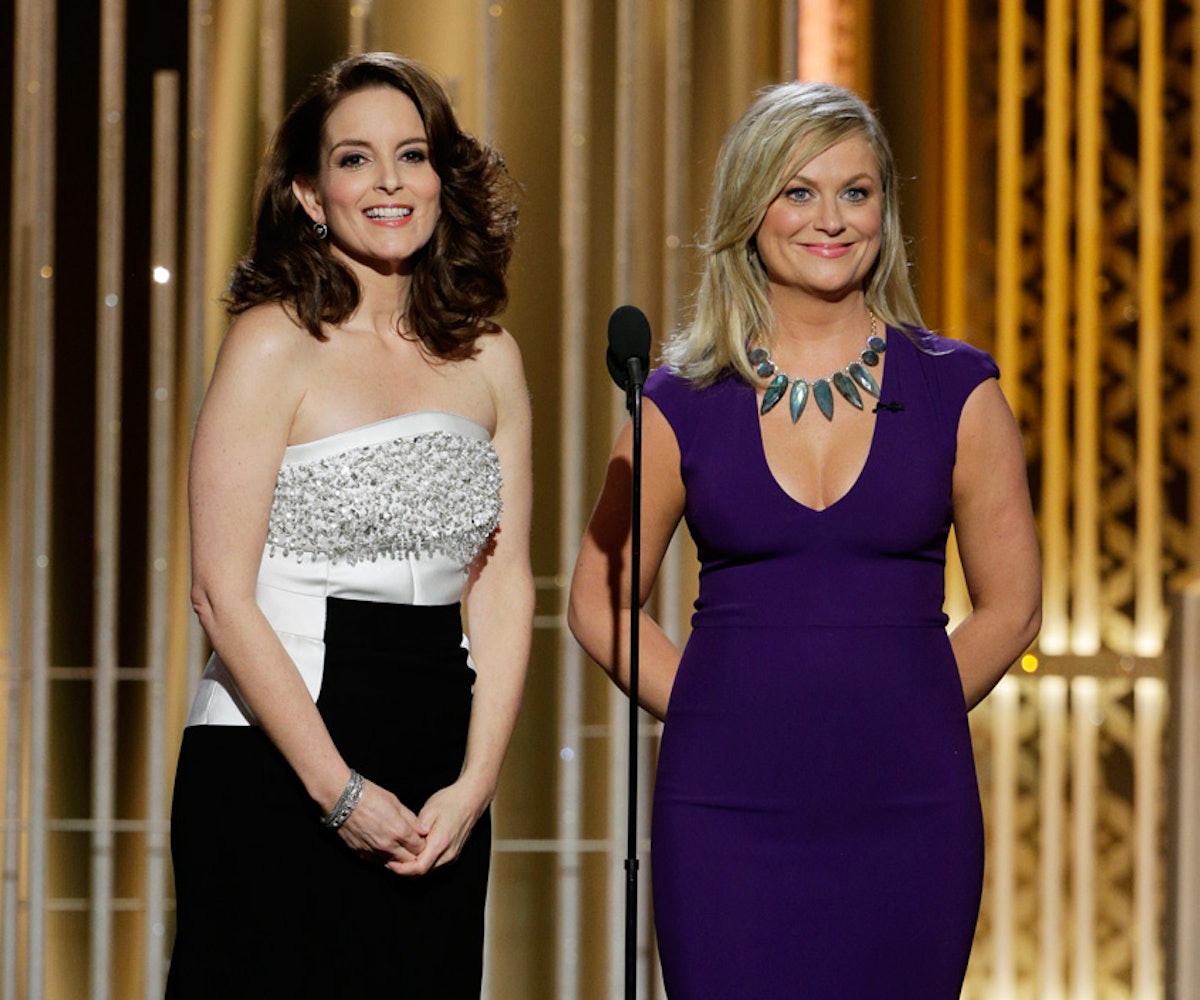 Leave it to Tina and Amy to use humor to address an ugly Hollywood truth (and no, we aren't talking about the controversial Bill Cosby barb). Instead, the duo joked about how Amal Clooney, George's hyper-accomplished wife, is oft-relegated to the role of "Mrs. Clooney." Amy says George's wife is, "...a human rights lawyer who worked on the Enron case, an advisor to Kofi Annan on Syria and was a appointed to a three-person commission investigating rules of war violations in the Gaza strip. ..So tonight her husband is getting a lifetime achievement award.” The joke is aimed dead at the media who often doesn't celebrate women like Amal until they "bag" a bachelor like Clooney.

So tonight, as we watch George Clooney (who, after spending over two decades in the business and has an incredible history of charitable philanthropy, is no slouch either) accept his Cecille B. Demille lifetime achievement award, let's follow Tina & Amy's lead. Take a minute to give some love to the incredible, accomplished ladies out there who might not be featured at the Globes.