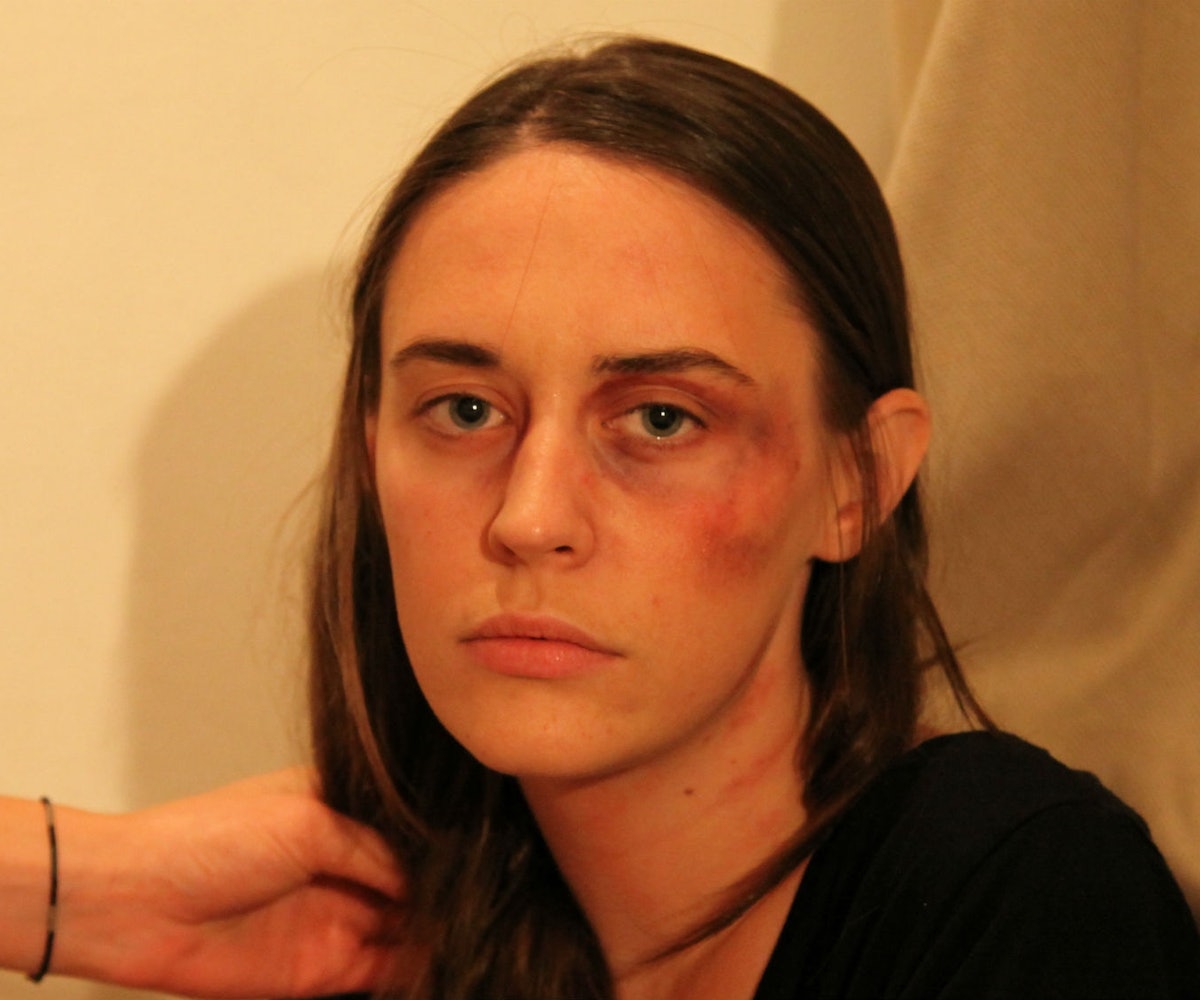 Ads have come to be an expected part of the Tinder experience, either slowing down your swiping speed or causing you to accidentally match with a deceptive account intended to advertise a movie, musician, or contest. But Plan International Norway and PR company Trigger realized that the hook-up app could be used for something much more important: Raising awareness of violence against girls and women. So, the organization made a profile for "Maria."

In an hour and a half, "Maria" received 700 matches. While her main photo was a normal portrait, her second image, where she appeared bruised as if she were beaten, garnered the most shock. Still, Plan International made it clear that this was not a real woman by including a link to the organization's website and a poster denouncing violence in the Tinder profile. Each match also received a message explaining the campaign and asking for support.

And yet within 30 minutes, the account also started receiving warnings, and eventually it was suspended. “We didn’t do it just to shock—no. We did it, in a way, to wake up people. In what way can we wake up people to see a reality that exists, and that is brutal?” Plan International communications advisor Nina Bull Jørgensen told Motherboard. “In world with freedom of expression, we should be allowed to do that.”

Plan International and Trigger have expanded their campaign across other digital platforms, but Tinder's censorship made it impossible for the anti-violence effort to be extended onto the app. The organization also tried to post a video on Facebook raising awareness of violence against young women in schools, but Facebook deemed the video too graphic.

Trigger warnings prevent viewers from stumbling onto content that could bring up dark memories for them, but there is also a fine line between censorship and covering up harsh realities.