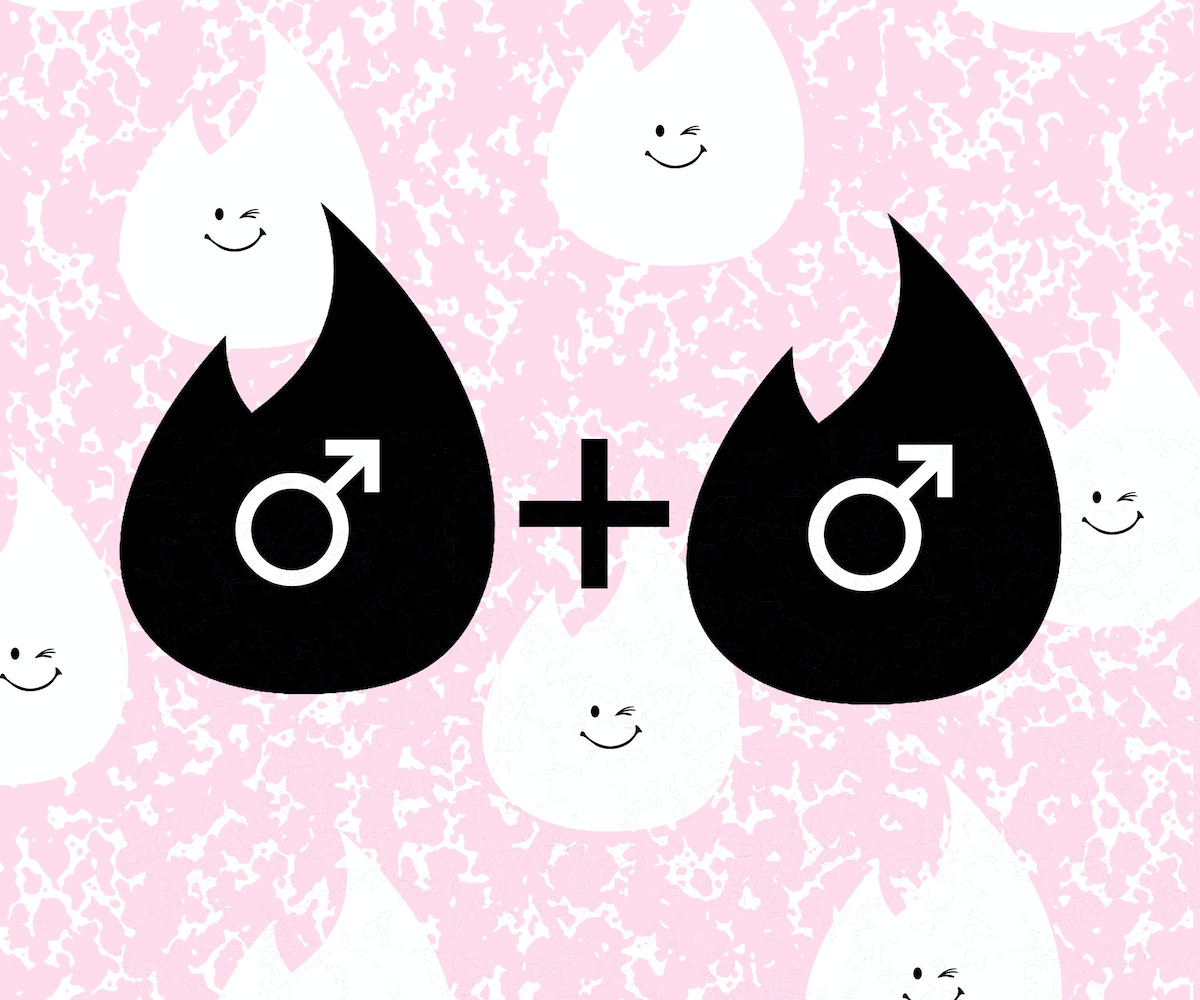 If you've ever used Tinder, you know that with each log in, you're bound to meet a bevy of personalities. Unfortunately, one personality type that's always around is the super-aggressive suitor: The one who isn't interested in making small talk and hits you with the pickup lines faster than you can say, "No thank you." According to The Verge, after witnessing the messages his female friends received from men on the app, a California-based programmer manipulated Tinder's API—making it so that overly forward straight men were flirting with likeminded men, when they thought they were talking to women.

The programmer made it so the male users saw dummy profiles, featuring photos of women instead of the true (male) profiles of their matches. "Tinder makes it surprisingly easy to bot their system," the programmer told The Verge. "As long as you have a Facebook authentication token, you can behave as a robot as if you were a person."

While some users eventually figured out that they were chatting with another dude, for others, the conversation escalated (as it normally does on the platform). Whenever phone numbers were exchanged or users began to make plans to meet up, a code stepped in to scramble the numbers and prevent plans from coming to fruition. "They ignore all the signs, they ignore all the weird things," the programmer said. "When someone is so quick to meet up without any detail or know anything about the person at all—maybe it’s deserved."

Huffington Post reached out to Tinder to confirm the validity of the hack, but has yet to receive an answer.

Maybe this prank will make users a little more cautious when using the app. After all, we're living in a time when Catfishing is a thing, Tinder is a place where tigers run free, people post photos with random babies, and it's somewhat socially acceptable to talk into piles of money.