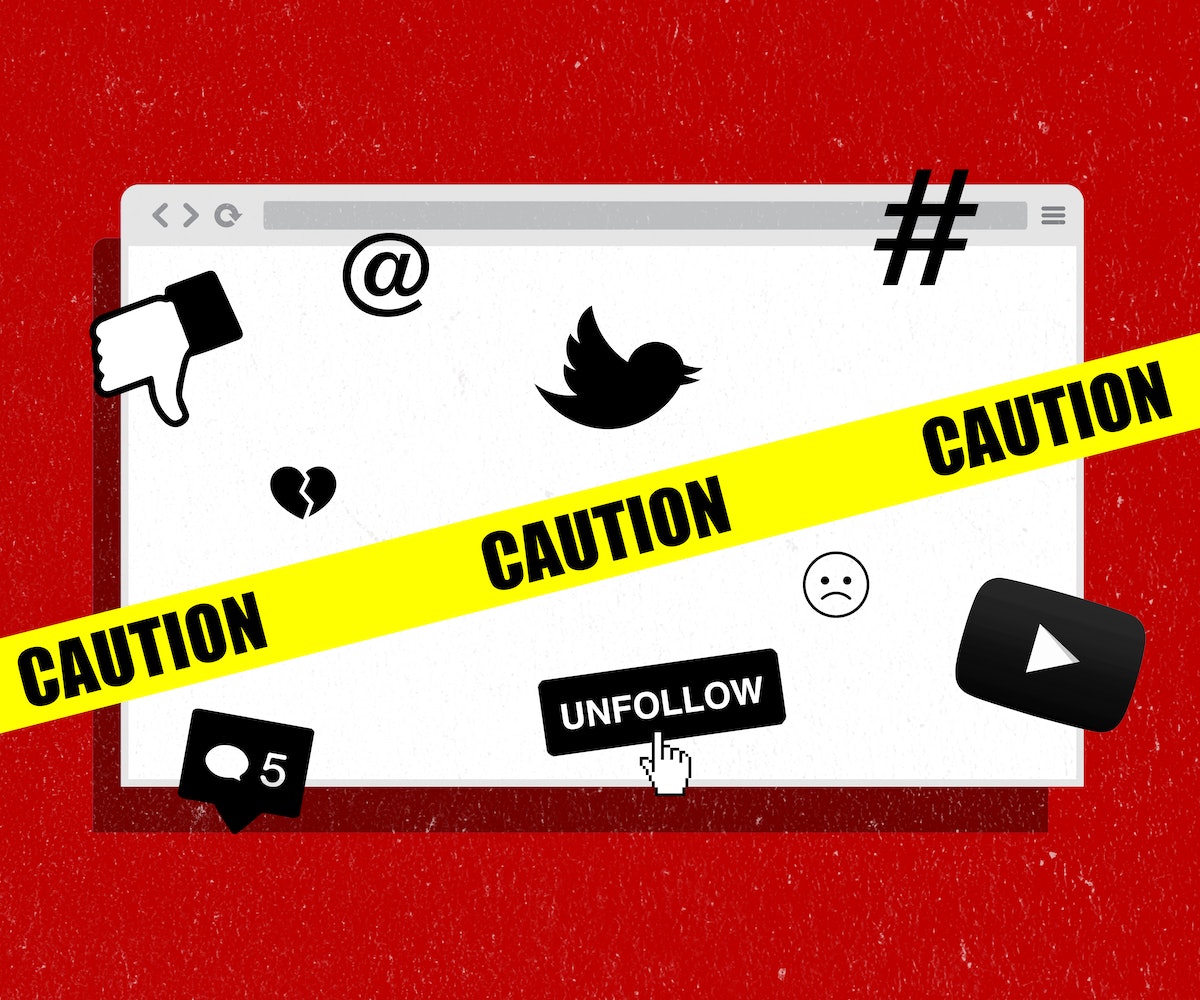 The last few years have proven that social media has changed how we experience news and are exposed to information; this is thanks, in particular, to the way activists have used these social platforms to do things like hold police and other people in power accountable in ways that have rarely been done before. While this is an acknowledged and positive move forward, a side effect of the increased awareness of the brutality visited on black bodies is the trauma this causes to the mental state of many black internet users.

It often seems that not a day passes without logging onto Twitter and seeing a video of a slain black body or a hashtag for another black life lost at the hands of those sworn to protect it. The accumulation of these videos and hashtags is traumatic; seeing them all day, everyday, takes a toll on people's mental health and ultimately changes how they experience social media.

And so because the way we consume social media has changed dramatically, part of that changing has to include being more mindful of how we control our own consumption of this media.

Perhaps actor and humanitarian Jesse Williams said it best, “just because we’re magic doesn’t mean we’re not real.” Part of being real is having emotional responses to seeing the violence our brothers and sisters are facing at the hands of police. These feelings are valid and an important part of processing what we’re seeing, but they can be difficult, if not impossible, to handle sometimes, and can make us feel unprotected even in our own homes, as we are doing nothing more than scrolling through our feeds.

Here, then, are some tips on how to protect yourself; on how to be black and safe on the internet right now.

We spend so much time on Facebook and Twitter that sometimes we don’t think it’s possible for us to not be on. Getting up and checking Facebook and Twitter has become part of our daily schedule. But sometimes we have to change that schedule and alter it just a bit to take care of ourselves. Don’t feel like you have to explain to anyone why you are logging off or taking a break; it’s not anyone’s business. We are all wired and process trauma differently. There will be some people that don’t need to log off and there will be some that do; it’s important to figure out what your threshold is and make the decision for yourself to tune in or out.

If you decide to stay online, but want to have an easier experience, you can change your Twitter settings. Ordinarily, when you scroll down your timeline, videos probably autoplay and tweets display image previews. This doesn’t seem so bad, but when the video that autoplays is one of a black person being killed by police, or the image that previews is of a dead black body, it’s a different story. Go to your Twitter settings and into the data tab and turn off autoplay and image preview.

The official Twitter app only lets you mute certain accounts, but not words or hashtags, so if you would like to prevent words and hashtags from appearing on your timeline, you are going to have to look at third party applications. A favorite of mine is Tweetdeck. It allows you to mute certain words or hashtags, so that they won’t appear on your timeline again. Tweetdeck is currently just a desktop application but there are apps for Androids like Plume or Twitterific, and Tweetbot for iPhones.

Last summer, I made the decision to stop watching videos that showed my brothers and sisters being victims of police brutality. This wasn’t something that I set out to do, but after I did it once, I never looked back and have found that it has helped me. As a black man, I do not need to see these videos to believe that these things are happening. When the TV is playing these videos, I walk out of the room or change the channel. You shouldn’t allow anyone to tell you that you need to watch every video. Pay attention to yourself and your own emotions and recognize when you have seen enough.

5. You Don’t Need to Share Every Video or Picture

You absolutely don’t need to share every video that shows black people being victims at the hands of police brutality and misconduct. Not only is this action dehumanizing but it also makes us relive the trauma, making healing impossible. Part of being involved in an online community is being aware of other people’s feelings too, so even if you’re okay with seeing these images and videos, don’t assume other people are.

This is for the allies: You are not going to get extra brownie points for sharing these videos or pictures, nor are you going to advance to the next level in the “woke off” that many people think exists. Be mindful of what you are doing when you are sharing and retweeting these videos and consider just not doing it.

If you choose to share these videos, then, for the sake of your brothers and sisters that follow you, use a trigger warning. Use them before you retweet or post the video. It doesn’t help to quote a tweet with a trigger warning if someone has image previews and has not turned off autoplay. Simply say “I’m going to share this video of police brutality and I wanted to warn you all before I shared it.” It doesn’t take more than 30 seconds, and it is the most respectful thing to do.

7. Don’t Undermine “Twitter Activism” Even If It’s Not something in Which You Participate

The reason why many movements of social change are so successful is because each person understands their role and accepts that not everyone works on the same things. I can’t do what Netta does or Deray does. Every person has a place and for some people that involves protesting, while for others it may be tweeting and spreading the word to make sure that our voices are heard. And yet some people try to undermine “Twitter activism” and the work being done on social media. This is unnecessary. Even if you don’t feel comfortable participating in social media this way, or even following these accounts, don’t treat the people who do poorly.

8. Don’t Be Afraid to Unfollow

We curate our own online experience and, as curators, it is okay to change that experience by unfollowing some people. If a brother is constantly retweeting the videos that you don’t want to see, or an ally is always arguing with racists on the timeline as some sort of performative act, you need to know and understand that it is okay to unfollow them. You can go ahead and follow them again later if you would like, but you also don’t have to. There’s always the mute button too.

9. Remember That You Are Not Alone

There is this separation between irl and url that we as social media users have come to abide by and allow, but there comes a time when those two bleed into each other. Most of the time it happens when dealing with the trauma caused by reliving real life situations online. If you feel scared or saddened by what’s going on in the world, talk to someone about it. If you feel mad and confused by what’s going on, talk to someone about it. It doesn’t matter if this person is your mom, your cousins in your groupchat, your significant other, or even god himself/herself, as long as you trust them and feel comfortable.