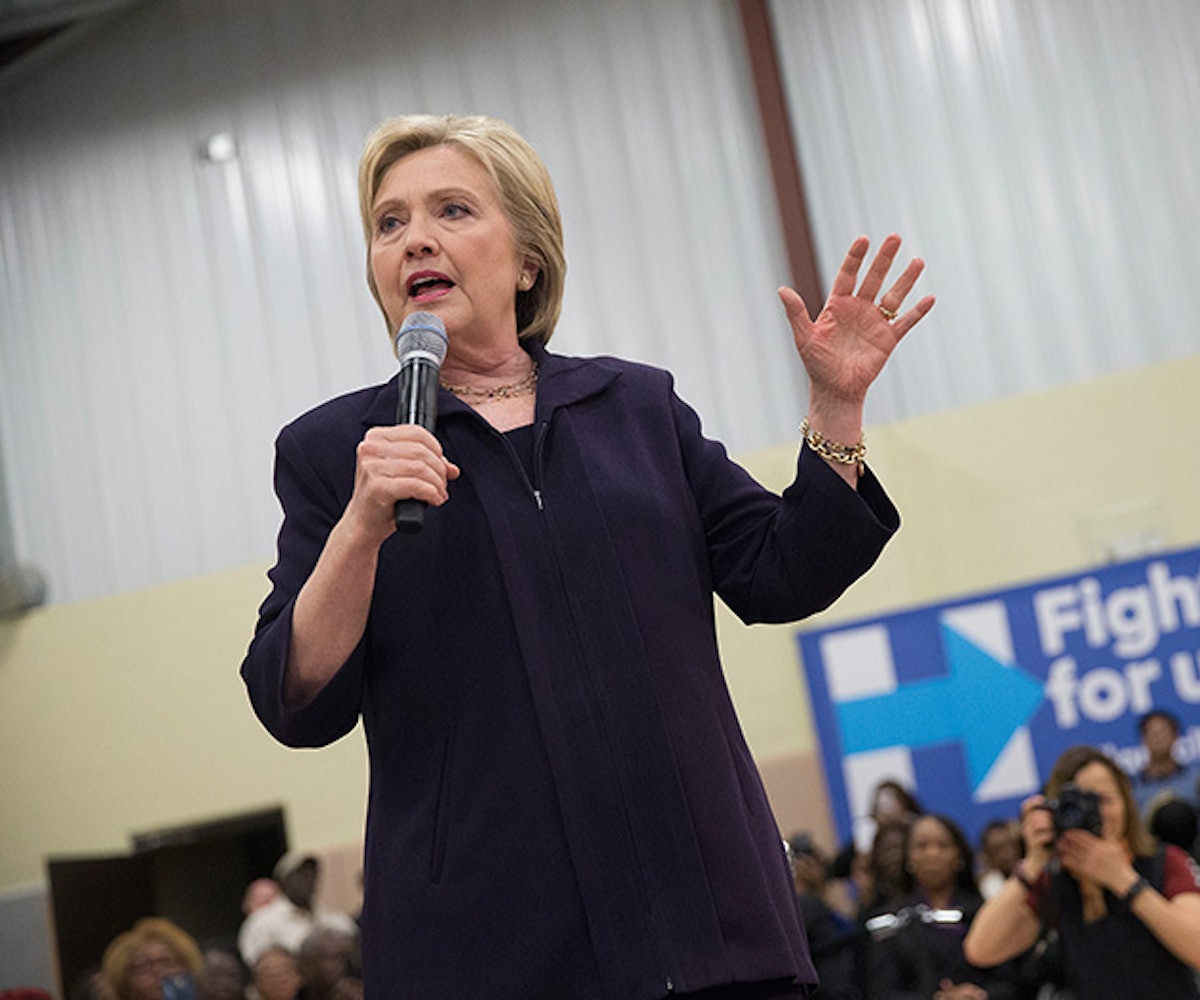 UPDATE: It has been confirmed by the Hillary Clinton campaign that they were not the ones behind the video. The video was in fact created by a supporter, though the source is unknown, and was then retweeted by Clinton campaign chair John Podesta.

Tobi Vail, founding member of Bikini Kill and central figure in the riot grrrl scene, has filed a copyright infringement notice against the Hillary Clinton campaign. One of Clinton’s presidential campaign videos used the classic Bikini Kill song “Rebel Girl” without the band’s permission. The video was promptly removed from YouTube once the notice was filed.

Vail told Death and Taxes that her decision to have the video removed was not based on her personal politics, but rather the reactions from her friends and fans. However, don’t expect Clinton to win over Vail’s vote anytime soon—her Twitter bio literally states “I’m voting for Bernie Sanders” and her feed is filled with retweets of pro-Bernie articles. If you’ve been following her campaign at all, you would know that Clinton isn’t exactly the greatest example of a “rebel girl,” and we totally see why the Vail wouldn’t want her band’s songs to be associated with the presidential candidate.

This was not the smartest move for the Clinton campaign, as the backlash to using the song has been pretty intense. An article on Daily Kos clearly points out the ways that Clinton is, in fact, the complete opposite of a "rebel girl"—such as serving on Walmart’s board of directors and not speaking up when it attacked unions, and her obvious unwillingness to compromise on abortion rights.