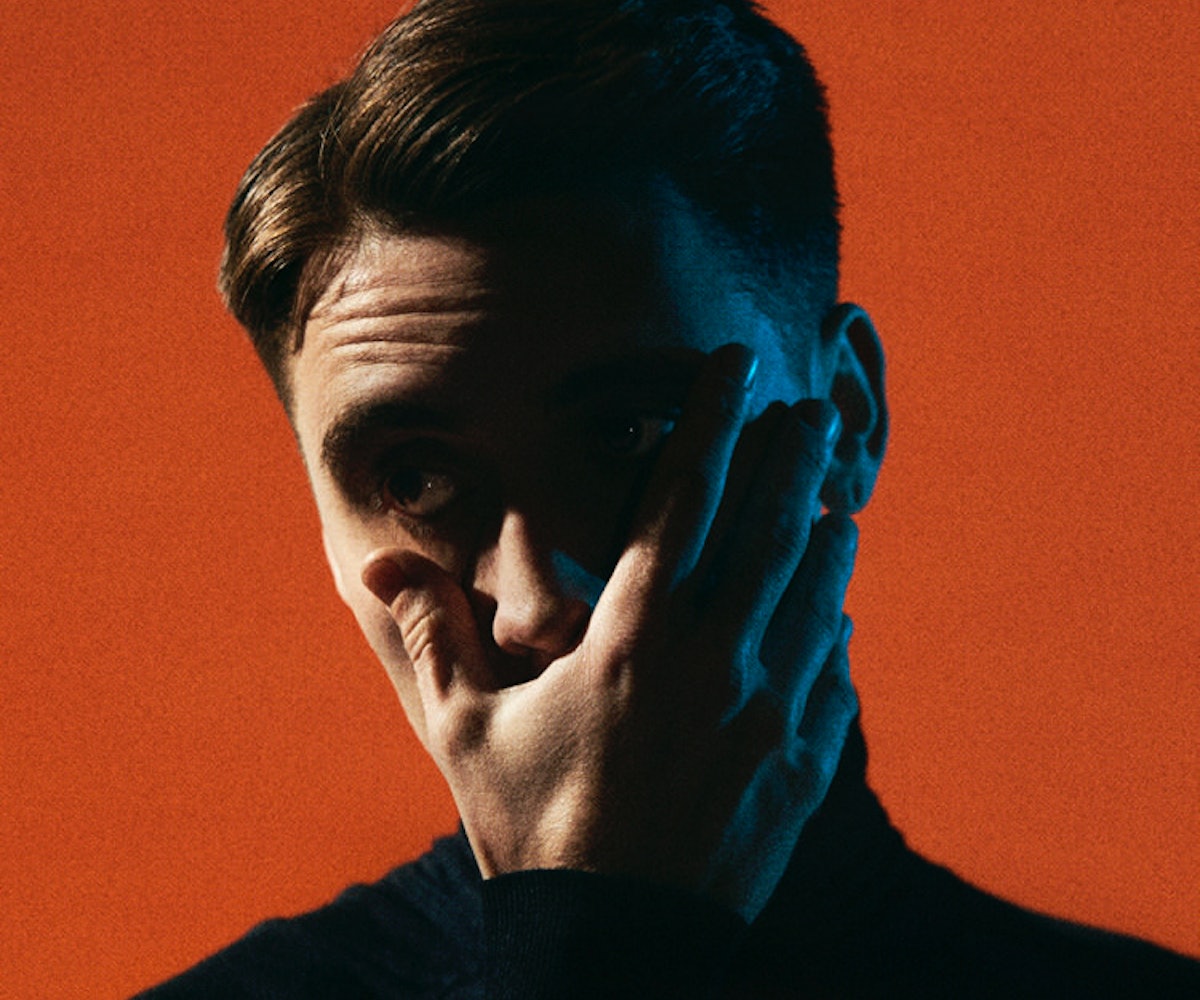 Dan Smith is an L.A.-based musician who grew up in the mystic-leaning town of Malvern, England. For those unfamiliar, it's the place that's said to have inspired the opening to C.S. Lewis’ The Lion, the Witch and the Wardrobe. It’s not surprising, then, that under the moniker T.O.L.D., Smith makes mysticism a central focus of his debut album, It's Not About the Witches. From its gospel-like sound to its reflective lyrics and themes of reaching a higher meaning, the album is celestial, otherworldly, and dynamic. A follow-up to last year's three-track Heaven, it draws influences from philosopher Friedrich Nietzsche, painter Gustav Klimt, and the soundscapes of the Caribbean. We caught up with Smith to chat more about his upbringing, the never-before-told story behind his stage name, and his belief that mysticism is "the future." Get lost in the album and read our conversation, below.

Your album is called It’s Not About the Witches. Would you mind telling me about the witches?

I come from a town called Malvern in England, and it’s kind of a hippie town, and most people who live there are witches. So I guess witches are in my blood. I’ve always been very, very interested in mysticism, and witchcraft falls into that category. I guess I’m saying "the witches" as the outsider figure. [Mysticism is] the one thing that gives you personal freedom, I think. It’s a higher wealth of tools and ideas and reflections, and there’s a lot of things you can use to get out of yourself. I think the future is in mysticism. I think it’s kind of a step, culturally. It’s time for mysticism.

How do those ideas play into the album?

I think this is the most fully realized version of what I’ve been trying to do, which is creating worlds that inspire freedom within. But I don’t really know. I think about it all the time myself, and I don’t really know why I’m doing it [laughs]. The why has always been after the fact. But yeah, I think it’s about freedom and meaning. It’s kind of a coming-of-age album, in that sense. To transcend meaning in a meaning’s world. Music has always been something that gets me out of my own head and unites you with the world.

Did you find the meaning you were looking for through making this album?

I discovered that meaning is an excretion of the human mind, and we need not pay attention to it. [Laughs]

Does that idea of getting out of your head have to do with using a stage name?

Exactly. It’s nothing to do with me. It’s a channel. When we go into the studio, we’re just catching waves. The world is always there, and it’s always kind of all around us, and you just apply your intentions to those waves. Things start to form then.

You've said you were inspired by a Gustav Klimt painting. But how did you get from that painting to T.O.L.D.?

It’s actually a really, really weird story. I haven’t really told it to anyone. My last band was breaking up, we lost our house in London, and everything was falling apart. My mom came up to pick me up in a van, and on the way home, I passed out, and I saw a vision of a very specific symbol of a snake eating itself. I was like, "What the fuck is that?" [Laughs] I asked my mom what that was, and she said, "Oh, that’s an old symbol for rebirth."

That night was the night that I saw the painting. I had all this stuff going around in my head. From my perspective, it had been, like, 10 years of hard work just failing. I was like, "I have nothing, there’s nothing left." And I saw this painting called “Death and Life,” and it all just kind of clicked. It inspired a whole new chapter of my life. I thought my ambition had culminated in this grand failure, and then I saw the potential for rebirth. It was very symbolic to me, and that’s why I chose to bring the name with me. I also studied fine art in college, so that’s what I was into for the longest time.

Aside from that painting, what other non-music influences inspire your work?

Alan Watts is a big one. He describes himself as a spiritual entertainer, but he’s basically a genius philosopher. He wrote a bunch of books in the ‘70s, and they just blow your mind today. And Nietzsche was a huge one. Thus Spoke Zarathustra kind of inspired the whole album, I think.

Listening to your album, I hear a lot of spiritual elements. Was that intentional or was it just something that happened naturally?

I think that’s just another thing where it’s almost a byproduct. I didn’t intend it that way at all, it just happened. When you’re searching for meaning that deep, you end up with that spirituality quite quickly [laughs]. There wasn’t any thought behind, "Let’s get a choir." We never thought spiritual, we never thought Caribbean.

It’s funny that you mention Caribbean because I notice that you incorporate the steel drum into many of your songs. Is there a reason you gravitate toward that instrument?

Do you have a favorite song on your album?

I do, but it’s always changing. I always have one that’s kind of how I feel at that time. I think maybe the first track, “The Fool.” After staying with the album for a few months, it’s just the most satisfying for me. I have these huge speakers now, and when I listen to that one, it’s out of this world. But I’m sure that tomorrow, I’ll have a different favorite.

What did you listen to growing up?

The grand idea is to turn T.O.L.D. into an art house and to kind of transcend music. I’m more and more into visual art forms. I want to expand back into visual art, you know, as well as music, and maybe marry the two. [I was interested in] painting, but I feel like I’m going to ride the technology wave. I feel like I can create spaces, like, things you can print out and stuff. As an art form, that might be really exciting. I’ve always bounced around everything. I spent a while editing movies and stuff as a job. I’m really into films, and I’ve got a bunch of films I want to make. Probably full-length. It’s hard to say enough in a short film.