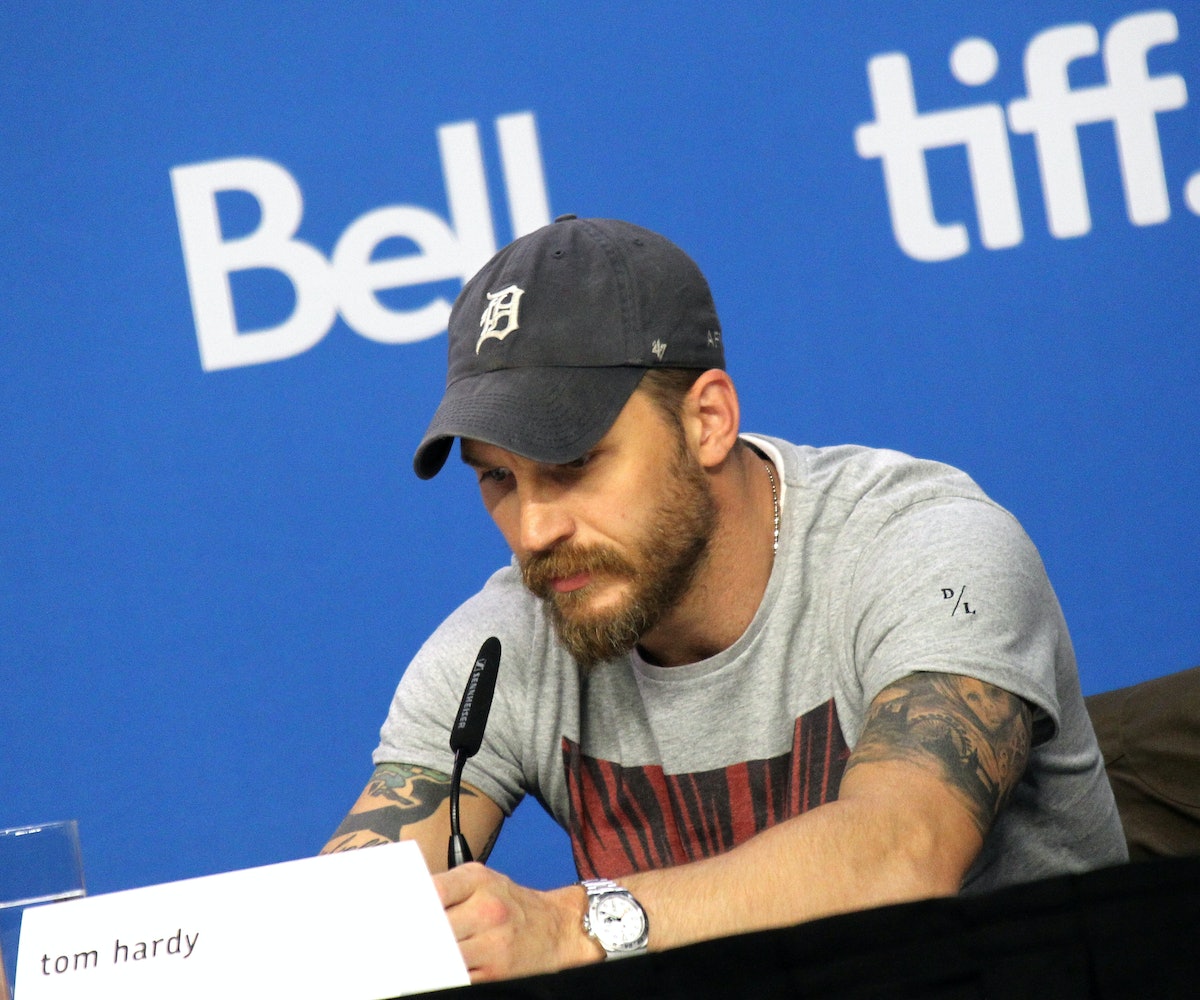 When Tom Hardy shot down a reporter for asking about his sexuality at the Toronto Film Festival earlier this week, it sparked a debate online. Was Hardy being rude to someone who was just doing his job? Was he backtracking on comments he made about his sexuality before he was an A-list star? Or was he reacting appropriately to an invasive question from a tone-deaf journalist? We've all had our chance to weigh in, and now Hardy has done the same with Entertainment Weekly, telling the magazine that he felt humiliated.

"That really, really annoyed me. It was just the inelegance of being asked in a room full of people," he told the magazine. "Now, I'm happy to have a conversation, a discussion, at a reasonable time about anything. I'm confident in my own sexuality, and I'm also confident in my own being and talking about any issue you want to talk about it. But there is a time and a place for that."

Xtra Daily, an LGBT site out of Canada who employed the journalist in question, defended him in the aftermath of the video going viral, writing, "We feel it’s our responsibility to examine sexuality and the ways in which it’s portrayed on screen, especially once it’s in the public eye."

But Hardy thought differently, accusing the reporter, Graeme Coleman, of gotcha journalism. "I found it very humiliating for somebody to decide that on his dime and his time, to openly and inelegantly pursue a line of questioning, which I could only sense at the moment—which was quite awkward—that it was zeroing in on a reaction from me that would become a topic of discussion that had nothing to do really, really to do with what was there."

He went on to say that he is not interested in hiding anything, and stands by his previous comments. "It's so important to the LGBT [community] that people actually feel safe about their sexuality and are able to speak freely and not be stigmatized or feel like they are being pointed out," he said. "Why point me out, assuming that I'm gay because I'm ambiguous about it, which I'm very clear if you look into what I've said in the past."

Say what you want about Tom Hardy, but it's hard to accuse him of not speaking openly and honestly.